Peter Brandt is a veteran trader and believer in Bitcoin and has recently released his new Crypto Update report. Brandt warns investors of the potential risk of joining Bitcoin right now despite the optimistic price target of $180,000.

Bitcoin price might see $180,000 but joining now could be risky

According to Peter Brandt, Bitcoin price is following a parabolic advance. However, once that’s obvious, ‘it is way too late to be a buyer’. Brandt states that investors should already own some Bitcoin and that once he points out a parabolic trend, no one should buy based on the chart. 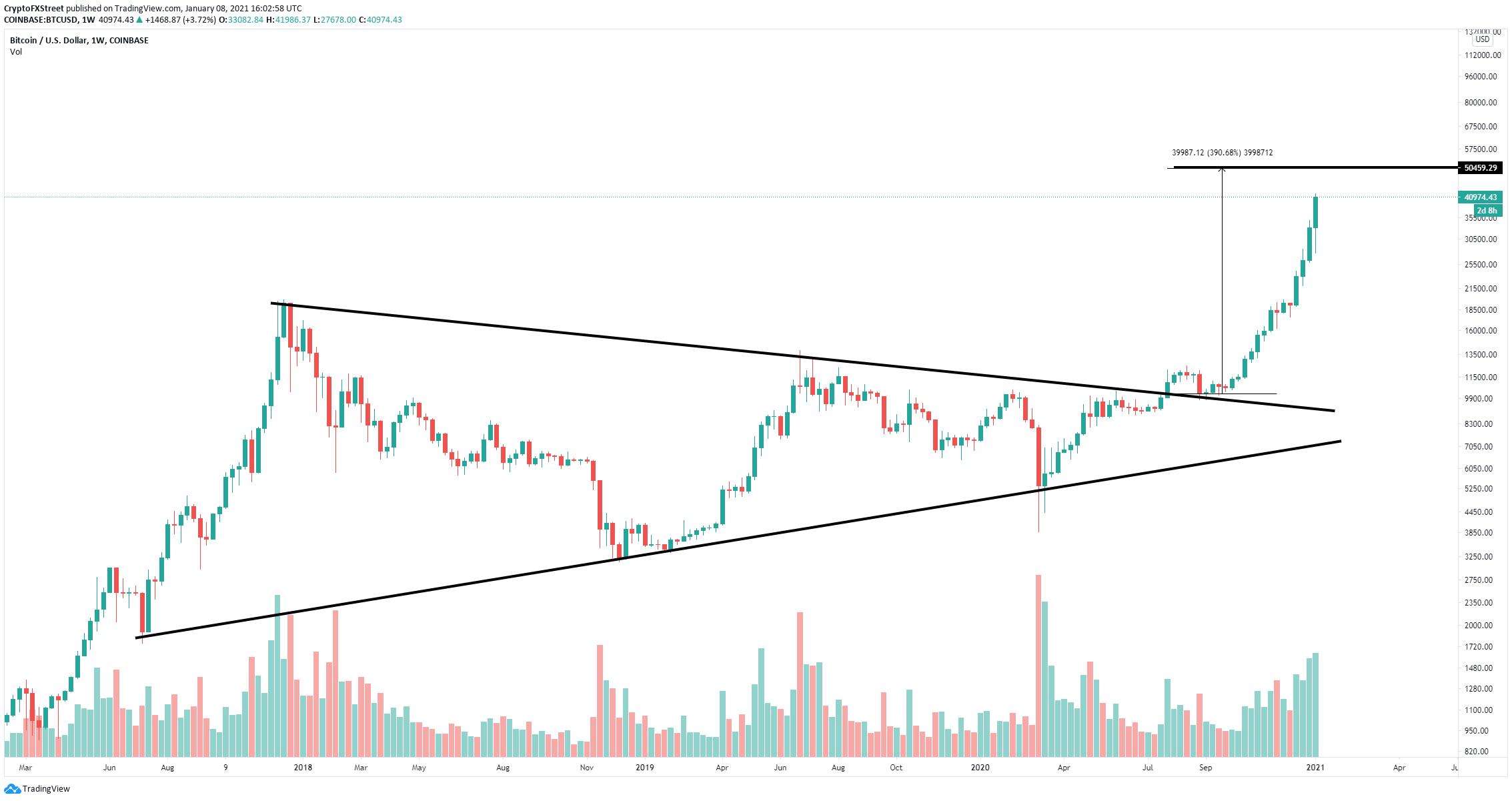 Brandt also pointed out a big symmetrical triangle that formed on the weekly chart since November 2017. Bitcoin price did break out of this pattern and it’s targeting $50,000 after re-testing the previous resistance trendline. Brandt also states that he will take some additional profits as well along the way.

Peter also points out the potential risks of trading an asset based on overbought conditions. In the past few BTC bull markets, the digital asset has been extremely overbought several times, but that didn’t stop it from hitting new all-time highs, something that seems to be happening right now.