TheGraph price has been under consolidation since its new all-time high of $2.88 established on February 12. The digital asset now seems prepared for a new leg up, but it is facing a critical resistance barrier. HitBTC has just announced the support for GRT against two trading pairs, BTC and USDT.

TheGraph price must climb above $2.03 to shift the momentum in favor of the bulls

On the 4-hour chart, GRT has been trading inside a descending parallel channel since February 12. The digital asset faces a crucial resistance point at around $2.03 which coincides with the 50-SMA and the 100-SMA. 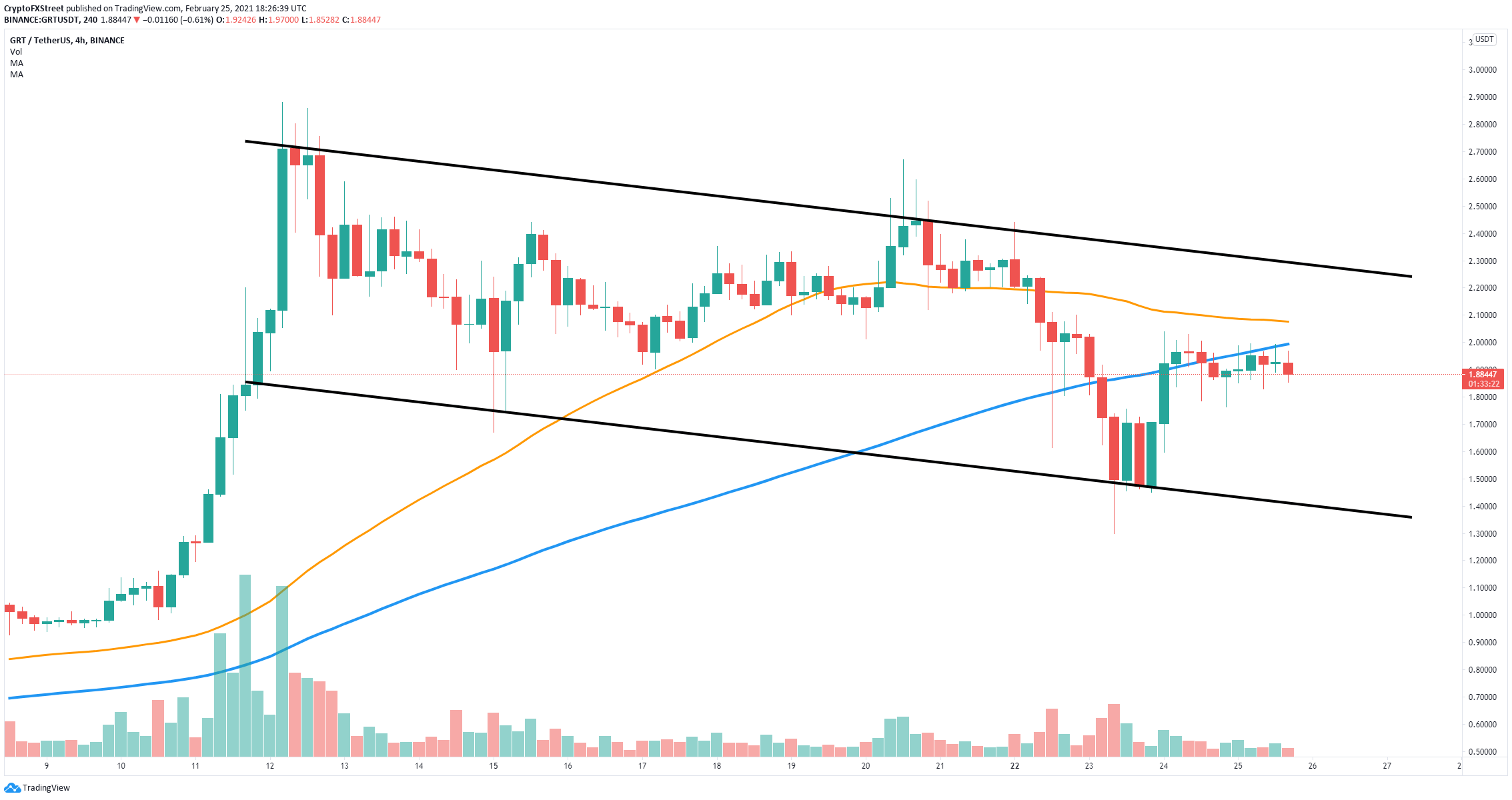 The In/Out of the Money Around Price (IOMAP) chart indicates that the strongest resistance area is located between $2 and $2.05 which perfectly coincides with the 50-SMA and the 100-SMAs.

A breakout above this point should be able to push TheGraph price towards the upper boundary of the pattern at $2.3. Bulls seem to have the upper hand after the most recent listing of GRT on HitBTC. However, a rejection from this level would be notably bearish.

When it comes to the number of whales holding GRT, things aren’t looking so good for the bulls. Since February 16, about six large holders with at least 10,000,000 coins have exited the network or at least partially sold their holdings.

Additionally, the IOMAP model also shows extremely weak support below $1.88 which means that a breakdown from this point could send TheGraph price down to the lower boundary of the channel at $1.4.