Solana price was a crypto-underperformer throughout November. While several cryptocurrencies produced decent-to-jaw-dropping countertrend rallies, the Solana price remained suppressed. As the SOL price hovers 20% above the newly established yearly low at $10.94, the technicals suggest the centralized smart-contract token could fall further.

Solana price is currently auctioning at $13.54. The bulls have failed on three separate occasions in November to hurdle above the $14 zone. A Fibonacci retracement tool surrounding the 65% decline shows the $14 zone as just a 23.6% retracement. Amongst Fibonacci swing traders, the aforementioned level is not considered a strong confluence zone. In other words, the 23.6% level is usually breached as most Fib practitioners consider the 38.2%, 50% and 61.8% levels as magnet-like targets.

Only in hindsight of a sell-off can bearish strength be transparent. Still, Solana's failure to hurdle the unpopular resistant zone may provide context and justification for the bullish repression.

The volume indicator adds further clues as the initial 3-day bearish engulfing candle that brought SOL into the current price zone shows the largest amount of transactions occurring since Solana's inception. According to Binance's exchange API, 83.196 million dollars worth of Solana tokens were transacted during the 3-day plummet between November 7 and November 9.

Since only smart money market makers can produce such massive numbers in volume, the influx may be interpreted as extreme bearish confidence in the current downtrend from high-cap investors.

Based on the technicals' the SOL price decline is likely undone. The bear's next target would be the 2020 liquidity zone at $10 and potentially $7, creating up to a 48% decline from SOL's current market value. 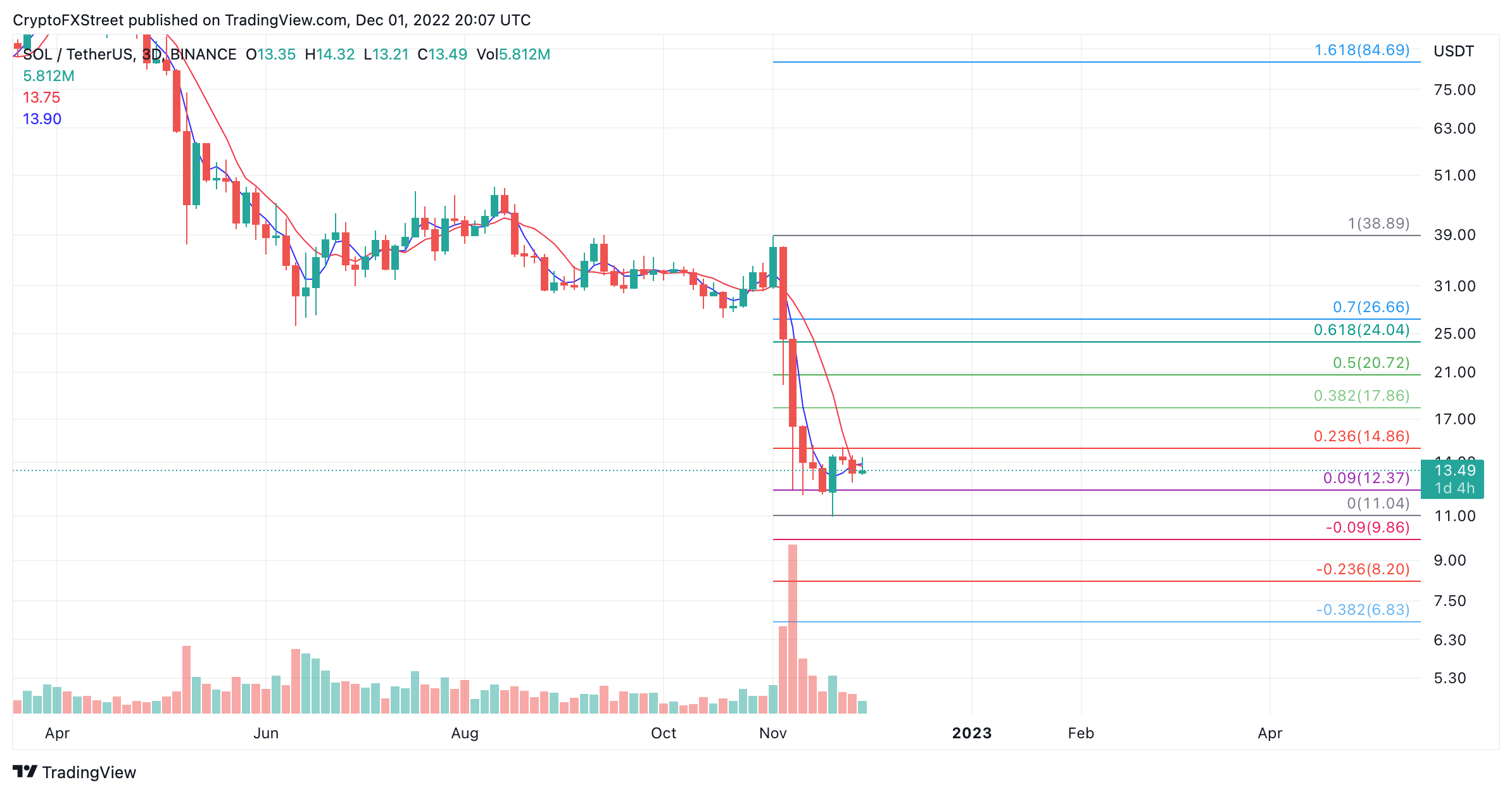 The bulls will need to challenge the candlestick that brought the SOL price into the current range to invalidate its bearish potential. A breach of the candle's closing price at $16.45 would create further opportunities for the bulls to climb higher. Potential targets would be the 38.2% and 50% Fib levels at $17.86 and $20.72. The sol price would rise up to 56% if the levels were breached.