Shiba Inu price has put a 28% descent on the radar following a break below a crucial level of support. The bearish chart pattern has indicates that SHIB bears are planning a deep plunge toward $0.00001600.

Shiba Inu price has sliced below the lower boundary of the descending triangle pattern at $0.00002492 on the daily chart, suggesting a pessimistic forecast of a 35% decline toward $0.00001600.

The Arms Index (TRIN) which gauges overall market sentiment suggests that there is a massive increase in sellers than buyers in the market.

The canine-themed token has already kickstarted a descent as selling pressure significantly increased, and SHIB is still awaiting a 28% fall toward the aforementioned pessimistic target.

However, if buying pressure increases, Shiba Inu price may face an immediate obstacle at the October 15 low at $0.00002333 before meeting another hurdle at the 200-day Simple Moving Average (SMA) at $0.00002449, near the lower boundary of the governing technical pattern. 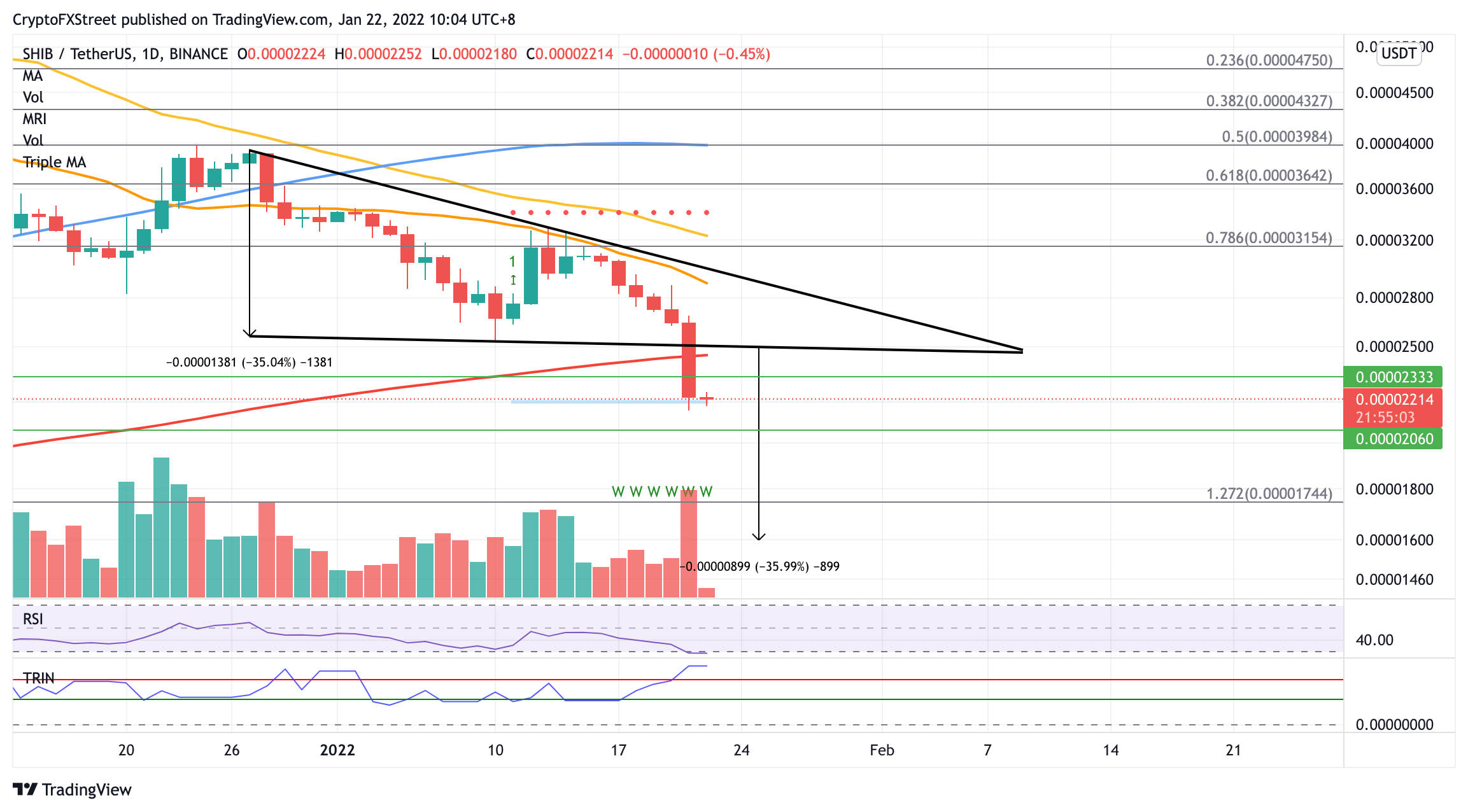 Shiba Inu price may be confronted with another resistance at the 21-day SMA at $0.00002987, coinciding with the upper boundary of the prevailing chart pattern.

Shiba Inu price may face an additional hurdle at the 78.6% Fibonacci retracement level at $0.00003154 before meeting another challenge at the 50-day SMA at $0.00003305, which sits near the resistance line given by the Momentum Reversal Indicator (MRI).