Shiba Inu has had its run higher but hit a cap at the beginning of the week. A full correction has taken place, wiping out almost the entire profit of two weeks' gains. The velocity at which buyers have been squeezed out of their longs shows that short-sellers were waiting for a moment to strike. The shift in sentiment has taken over control of SHIB price and is pushing price action further down.

Shiba Inu has been tackled in speed by the correction

But there is a silver lining nearby as yesterday Shiba Inu barely touched critical support at $0.0000076. The graph shows price action has hovered above and below that marker with a few retests from time to time on both sides, proving its importance. Price action could still hold above yesterday and today to show that buyers are still keen to step in at decent levels.

Even if that level were to break, SHIB still has a double layer of support below around $0.0000073. Around that level, SHIB has the red descending trend line coming and the 55-day Simple Moving Average (SMA), which act both as support and a good entry point to bounce off.

The 55-day SMA had shown its importance back on August 8 when prices bounced off that SMA and got a 22% move in just one day. Also, it was the catalyst to have SHIB break the red descending trend line to the upside. 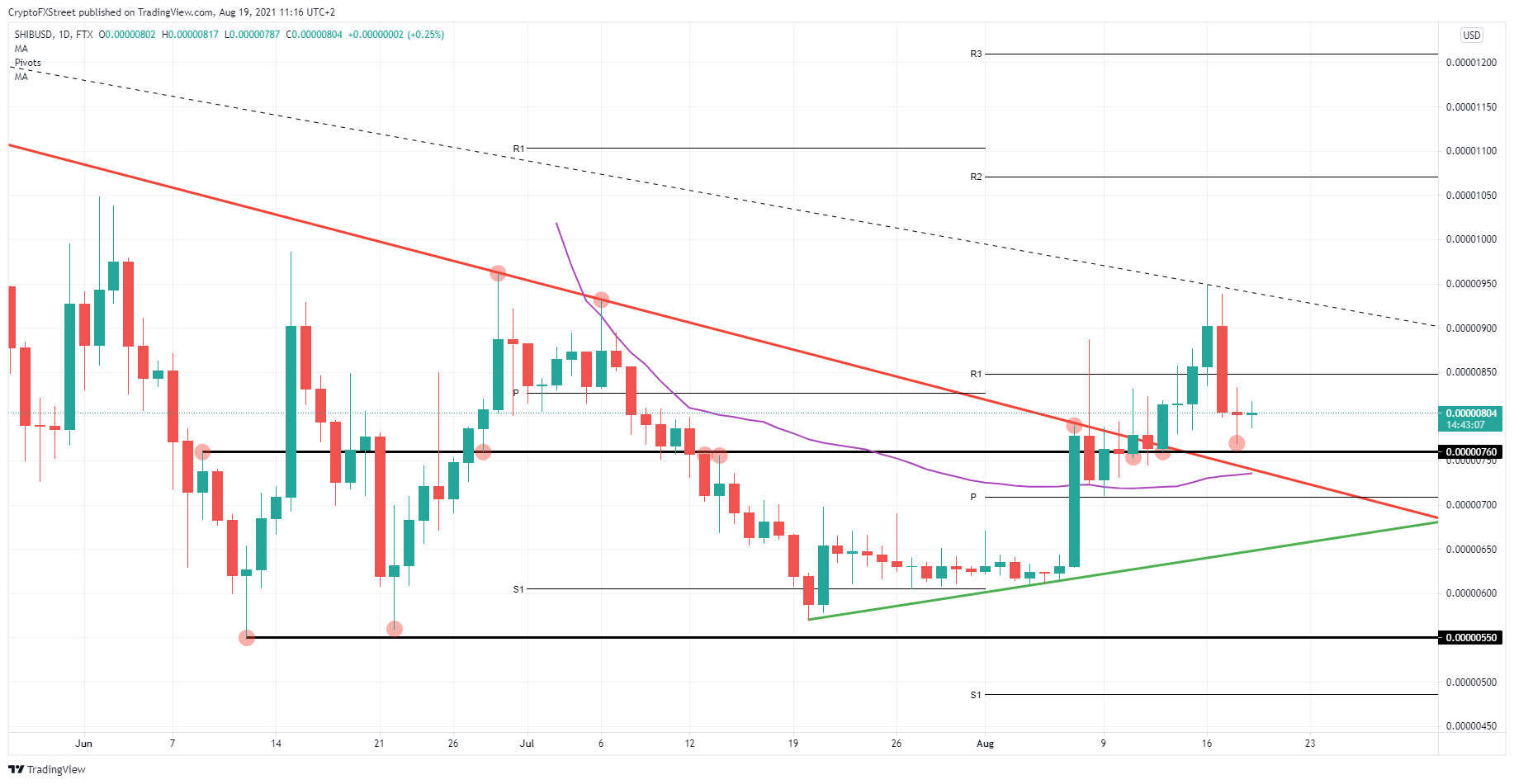 If that does not make the trade, just above at $0.0000070 the monthly pivot also proved its importance on August 09 as SHIB price bounced off there in a premonition of the run higher that concluded a profit of 33%.

Buyers will be a bit puzzled about the move but expect people to wait out this move and have the dust settled. If there are still enough buyers in SHIB to control price action, expect a run higher again but limited to that dotted descending trend line. $0.0000090 should be a possible price target for the next run higher.