SafeMoon price action is nearly singular in its current behavior and structure. Very few, if any, significant altcoins have displayed the kind of price behavior SafeMoon has.

SafeMoon has moved nearly 70% below the all-time high of $0.0000070 that was achieved on October 29th. Additionally, the move today represents the second-largest percentage drop of the entire downswing. From a time cycle and price action perspective, SafeMoon price is primed for one heck of a massive rally.

The 2021 Volume Point Of Control and the daily Tenkan-Sen both sit at $0.0000027. If SafeMoon price can close its daily candlestick at or slightly above that level, then moving to the Kijun-Sen at $0.0000036 is all but inevitable. That would represent a 35% spike. 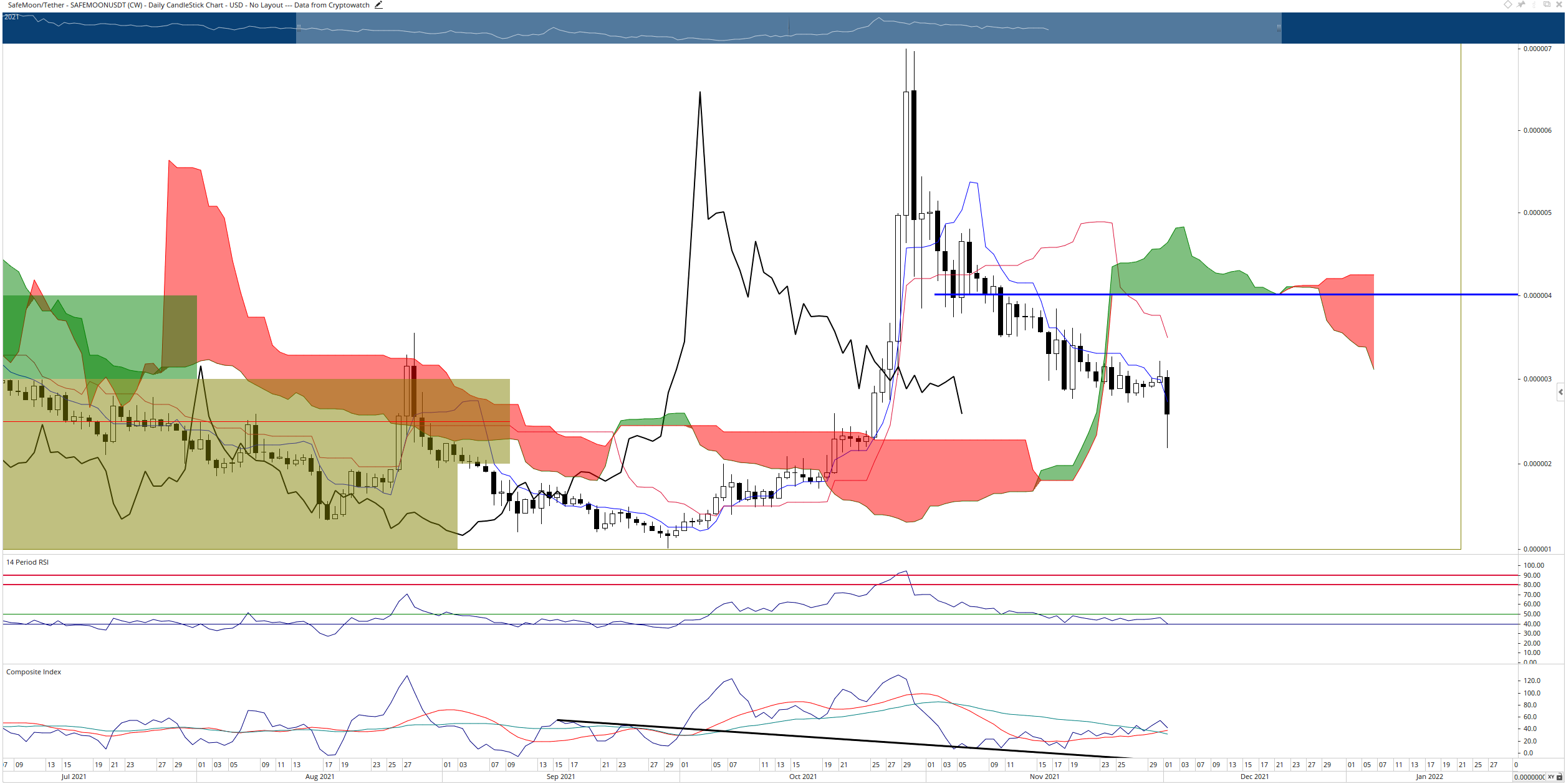 SafeMoon’s oscillators, shockingly, have not transitioned into bear market territory despite the nearly 70% drop in November and the current 30% drop today. Instead, the Relative Strength Index remains in a bull market territory with the final oversold level of 40 holding support. Likewise, the Composite Index remains above both of its moving averages.

While downside risks remain extremely low at these present value areas, they do exist. Any daily close below $0.0000023 would likely trigger a capitulation move that would push SafeMoon towards the all-time low of $0.0000010.