SafeMoon had a huge success reaching more than 1 million holders and a multiple billion-dollar market capitalization. The digital asset has been so successful that hundreds of new projects have forked it and copied springing a huge wave of scams and frauds.

SafeMoon price could be on the verge of extinction

After reaching an all-time high price of $0.000015 on April 20, SafeMoon plummeted by 75% and was unable to recover since then. The digital asset remains trading sideways and holds a $2.8 billion market capitalization at the time of writing. 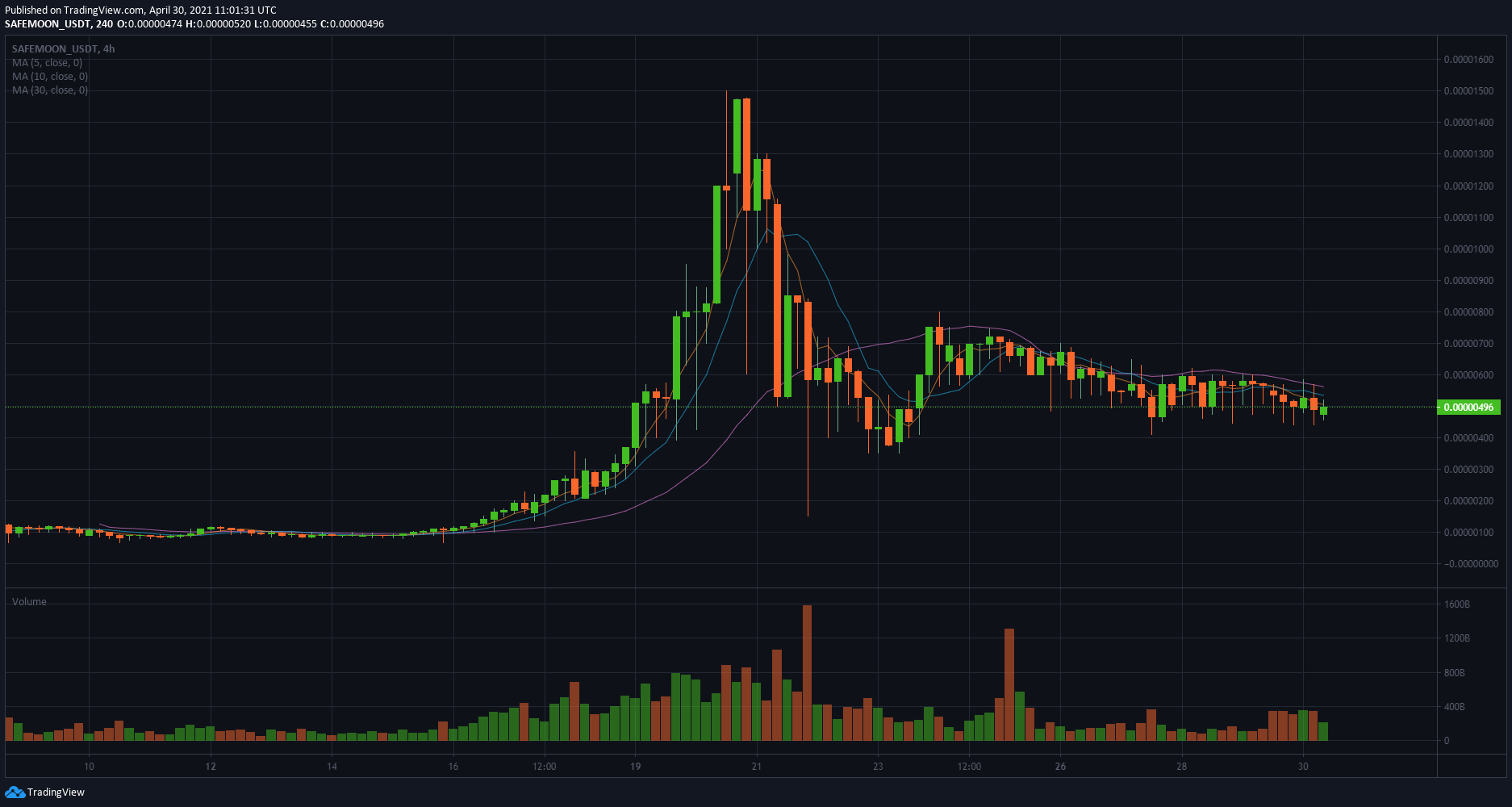 Another concerning factor is the social volume of SafeMoon which played a big role in its initial rally. Since its most massive peak on April 21, the digital asset’s social volume has declined significantly which could be a warning sign.

On the 4-hour chart, the digital asset formed a symmetrical triangle pattern which is on the verge of a massive breakout or breakdown. A 4-hour candlestick close below $0.0000047 would confirm a breakdown which has a price target of $0.0000002, a 58% descent. 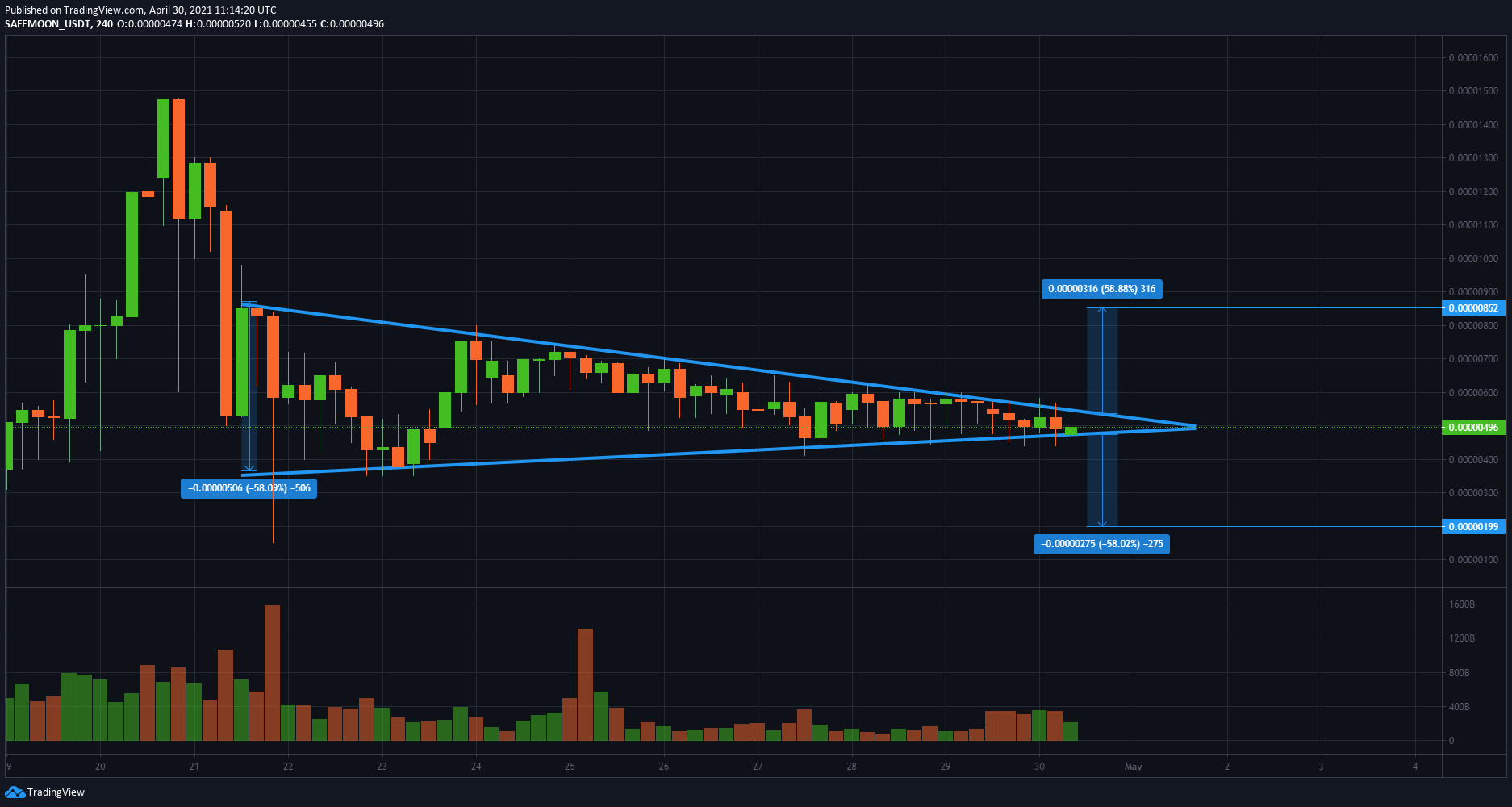 On the other hand, a breakout above the upper boundary of the channel should drive SafeMoon price toward $0.0000085.