SafeMoon price is currently hovering above a recently flipped resistance level. A retest of this barrier followed by a rally appears to be likely.

A close above this level would be a crucial development since it indicates the formation of a higher high after nearly 21 days of a downswing. Such a move might trigger FOMO and catapult SAFEMOON to $0.00000412.

Clearing these levels would open the path for bulls to push the altcoin to retest the range high at $0.00000470. 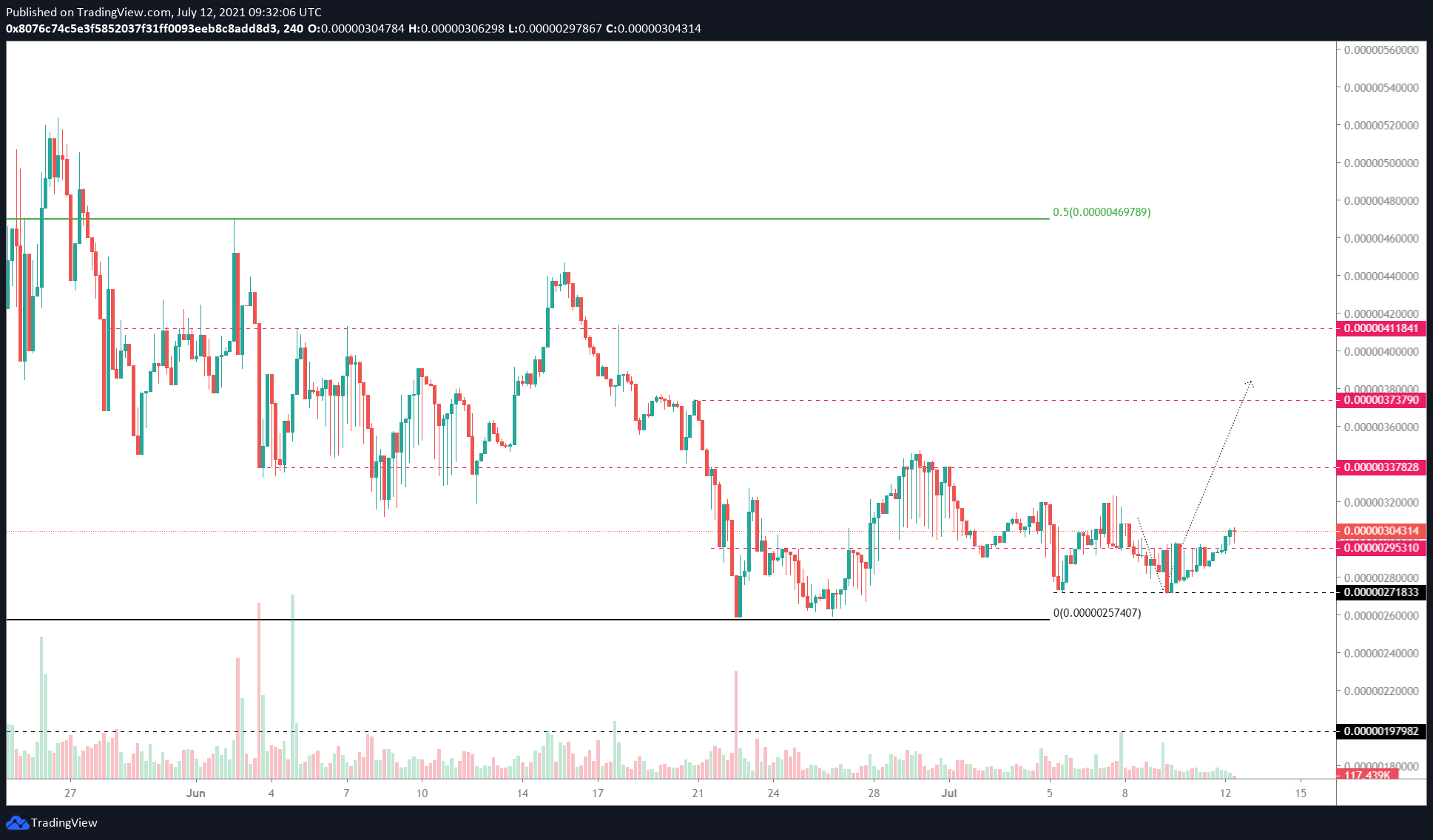 While the bullish narrative makes sense, investors should watch for a quick reversal that flips the $0.00000295 support into a resistance level. If this were to happen, market participants could expect a 7% downswing to $0.00000272.