SafeMoon price is attempting a recovery from two-week lows of $0.000002769 on Saturday, as the bears catch a breather after two straight days of declines.

There is no encouraging news for SAFEMOON, as chart-driven price movements continue to lead the way amid a lackluster performance seen across the crypto market.

The meme-based coin is currently consolidating the recent downside around $0.0000028, shedding 4% on the week.

SAFEMOON/USD: Path of least resistance appears to the downside

SAFEMOON’s technical setup on the daily chart paints a bearish picture, despite the latest uptick.

The price confirmed a downside breakout from a symmetrical triangle on Friday, paving the way for deeper losses.

The Relative Strength Index (RSI) trades flattish while within the bearish territory, keeping the bearish undertone intact for SAFEMOON. 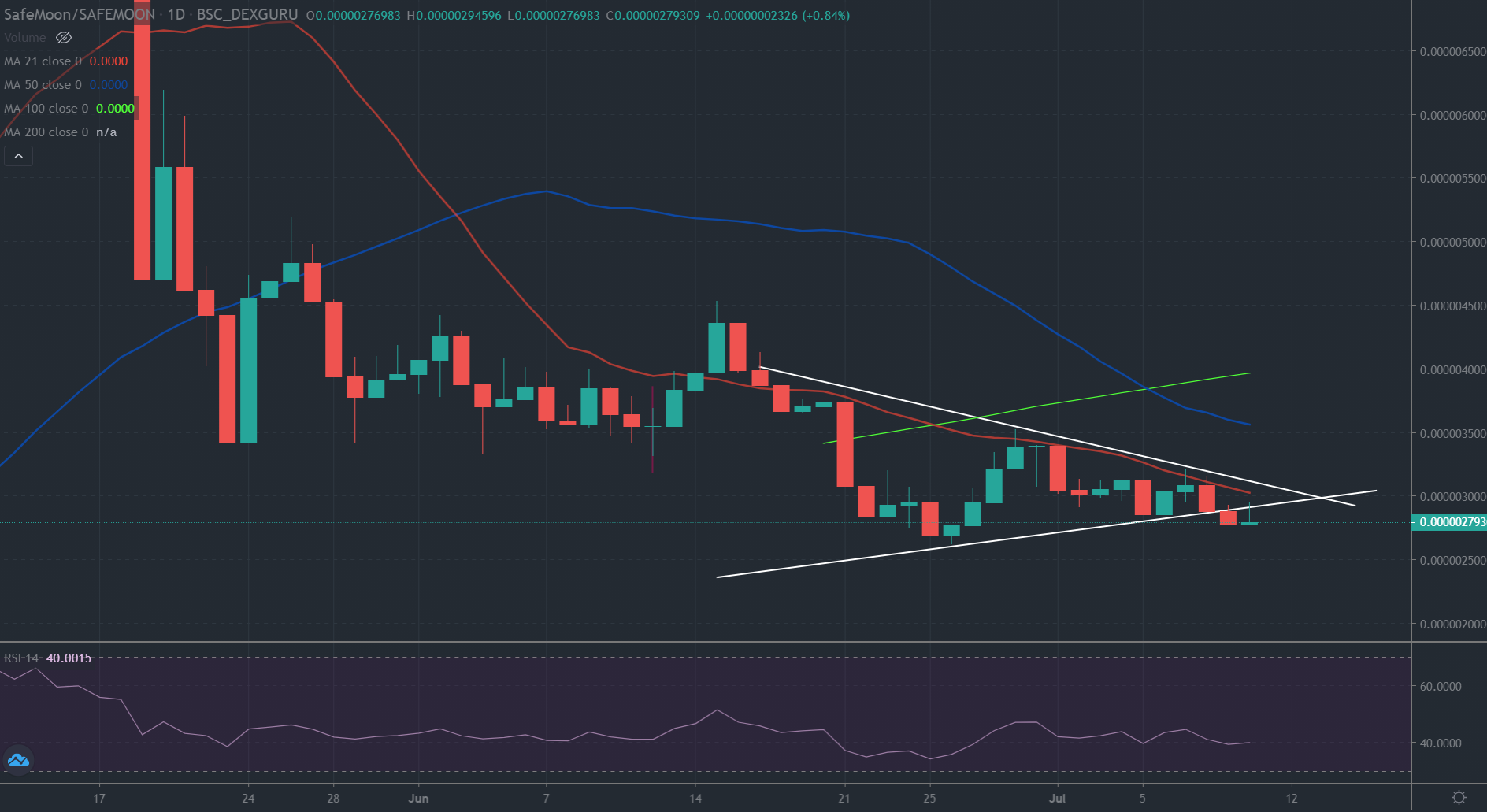 Alternatively, if the buyers find acceptance above the triangle support-turned-resistance at $0.000002912, then the rebound could gain momentum towards the bearish 21-Daily Moving Average (DMA) at $0.000003022.

Further up, the triangle resistance at $0.000003131 could come into play, which if taken out on a daily closing basis would invalidate the bearish breakdown. Such a move may then call for a bullish reversal in the near term.