Brad Garlinghouse, the CEO of Ripple, issued a public statement on Twitter stating that although he can't talk about everything, he will address five key questions that he considers common among investors.

Additionally, Garlinghouse has also explained that although it might look like nothing is being done, a lot is happening behind the scenes. The legal process with the SEC has been rumored to last even until the end of 2021 and Garlinghouse has fueled those rumors stating that the process can be slow and that Ripple's initial response will be filled within the next few weeks.

And that’s what I have for you today! No one is being silent, nor will we give up this fight. We’re on the right side of the facts and of history, and look forward to our day in court - as well as engaging with the new SEC leadership once appointed. 10/10

Before Garlinghouse's statement on Twitter, XRP price was breaking out and sliced through several resistance levels on the 12-hour chart. Unfortunately, after peaking at $0.37, the digital asset plummeted down to $0.2885 and it's now trading at $0.32. 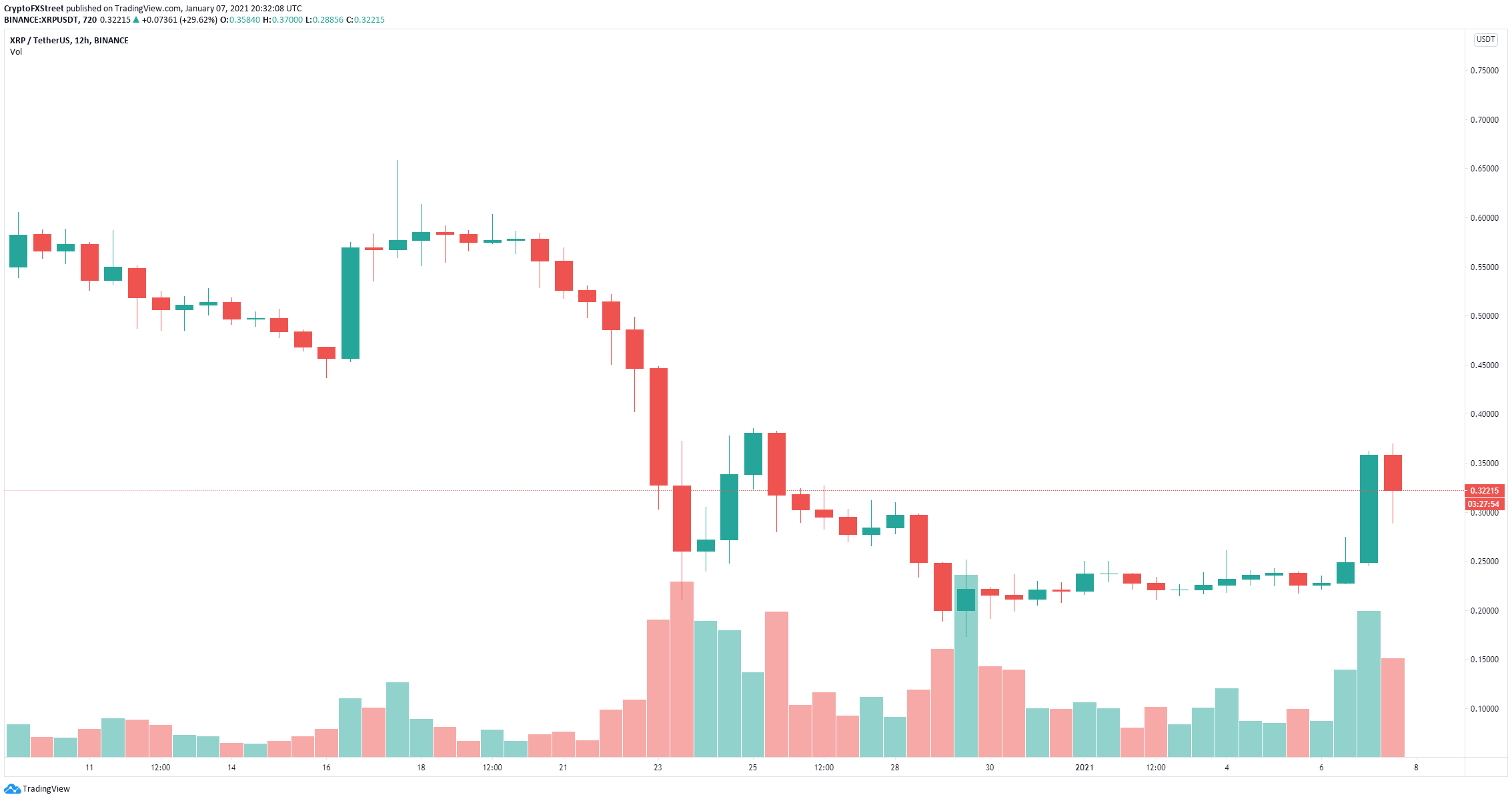 It's unclear if XRP bulls have enough strength to keep the digital asset above $0.30 as it seems Stellar is taking its place slowly.

Polkadot: Must reclaim key level for a chance to see new all-time highs

Polkadot price is contained inside a symmetrical triangle pattern on the 4-hour chart. The digital asset faces a key resistance level which could be the key to new all-time highs. Investors are interested in Polkadot as a potential alternative to Ethereum in the long-term.

VeChain: Edges closer to a breakout

VET price is consolidating in a descending parallel channel on the 1-hour chart. A decisive close above $0.048 will signal a breakout from the consolidation pattern and trigger a quick 5.65% upswing.

Ocean Protocol announces a collaboration with Benchmark protocol to expand the DeFi data economy. Now, it's price needs to reset before it goes on a 60% bull rally to new highs.