It seems that Ripple is gathering more support for its case after Mary Jo White, former SEC chair defended the digital asset and platform. White went as far as calling the lawsuit a blunder. According to her, the SEC is 'dead wrong, legally and factually.'

However, it's important to note that White is currently acting as Ripple's attorney.  Nonetheless, other top US lawyers like Matt Stankiewicz also noted that Ripple has enough money and resources to push the case to its very end, which means it won't be easy for the SEC to win.

On the 4-hour chart, the digital asset has seen a breakout from a symmetrical triangle pattern with a price target of $0.64. Although XRP had an early breakout touching $0.58, it quickly fell towards $0.54 before recovering. 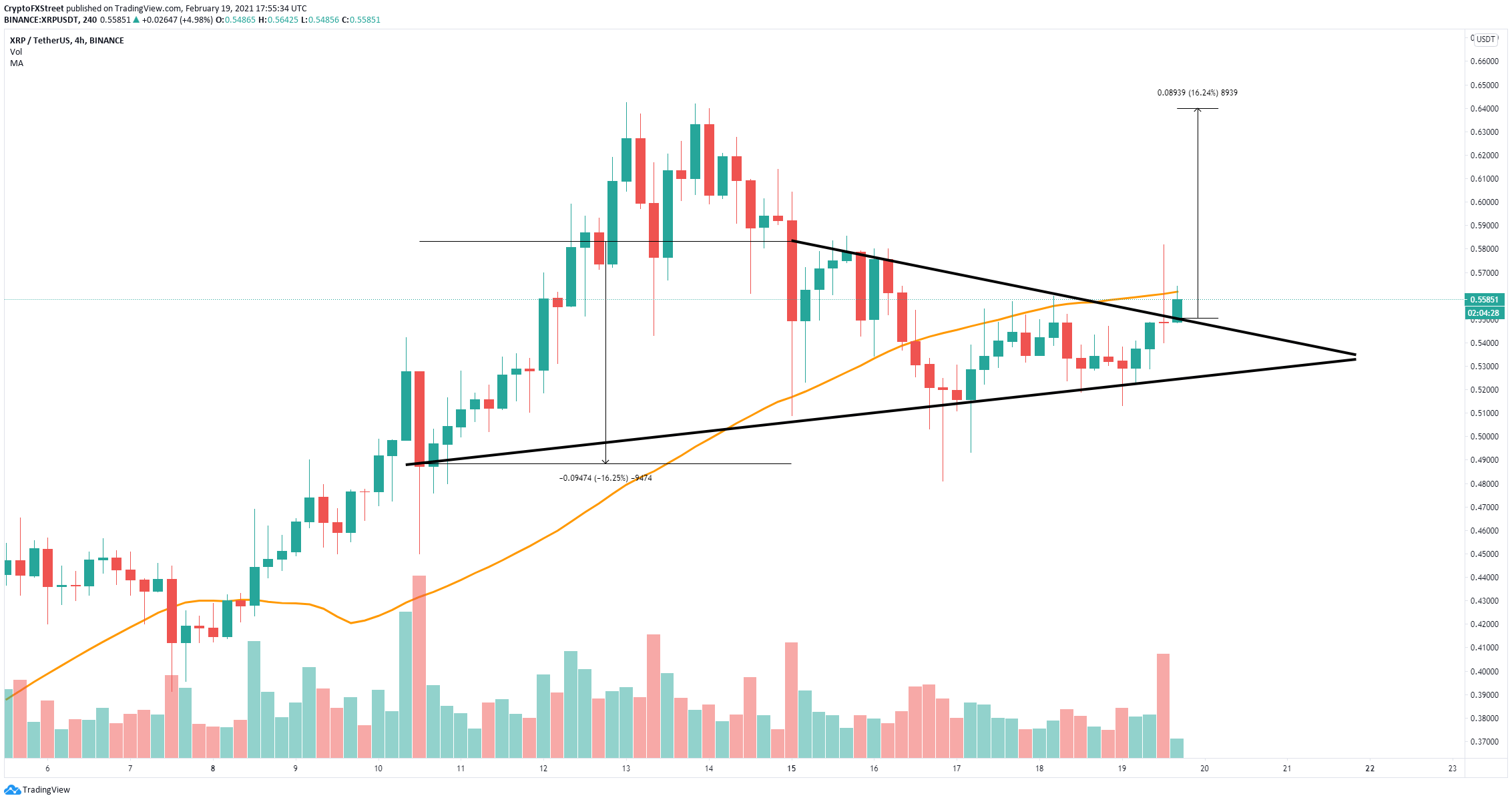 Ripple price now aims for a 16% move towards $0.64, calculated using the maximum height of the pattern as a reference point. It's important to note that resistance ahead is relatively weak. The 50-SMA level at $0.56 is acting as a strong resistance point, so a clear breakout above this point would confirm the bullish outlook. 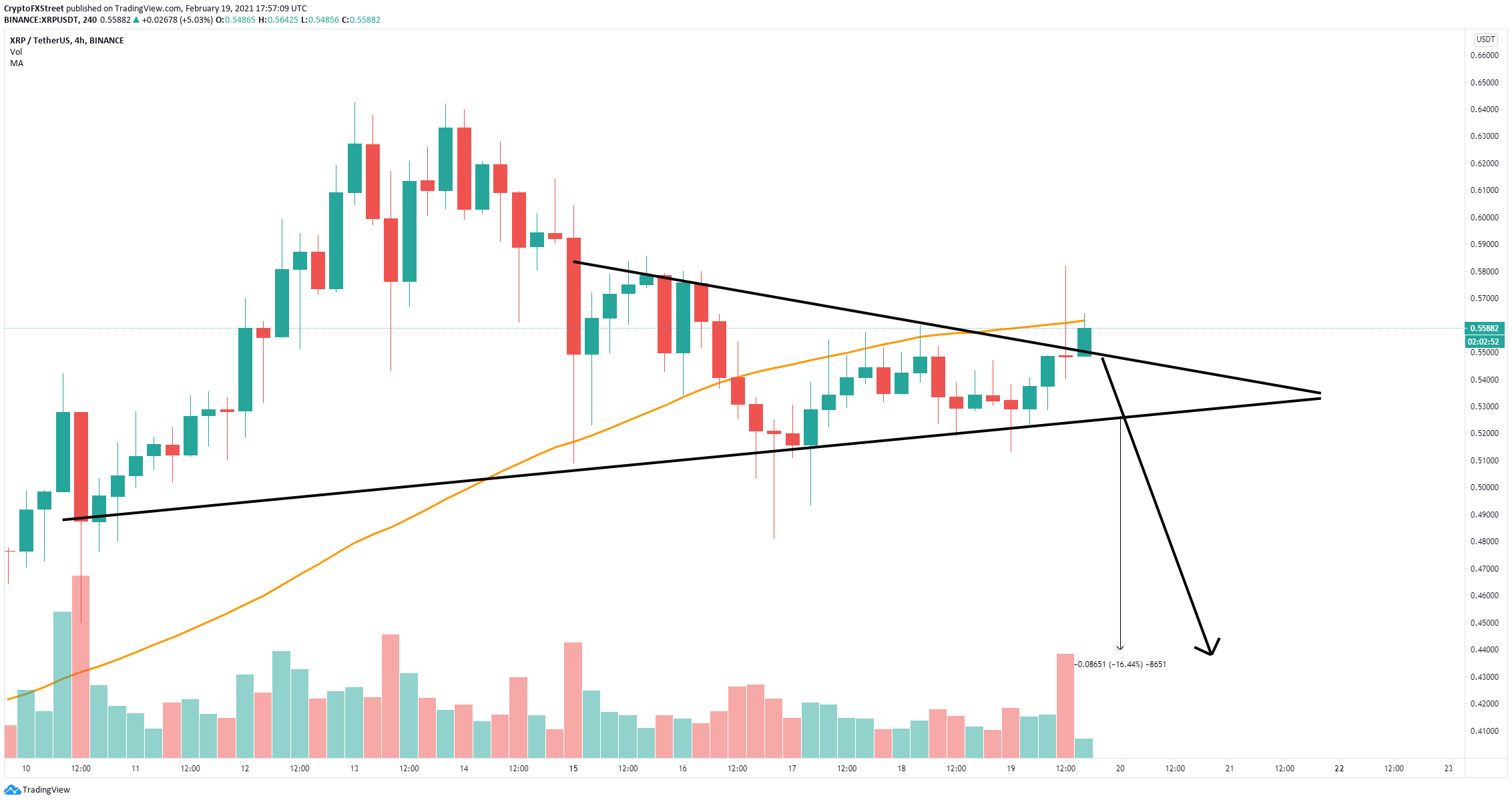 On the other hand, if bulls lose the previous resistance trendline, we could see Ripple price fall towards the lower trendline support at $0.527. XRP could dive towards a low of $0.44 in the long-term.