The Ripple price had one of the craziest rallies in the past three days, jumping by 100% to a three-year high of $1.19. Despite the ongoing SEC lawsuit against Ripple, XRP holders have grown confident in the digital asset and managed to push it above several important resistance levels.

On the 4-hour chart, XRP bulls fight to hold the 78.6% Fibonacci retracement level at $0.917. The digital asset faces massive profit-taking as several on-chain metrics indicate XRP is poised for a deeper correction.

The MVRV ratio (30D), a metric that shows the average profit or loss of XRP tokens moving in the past 30 days, has entered the danger zone above 40%, which is usually indicative of a significant upcoming correction. 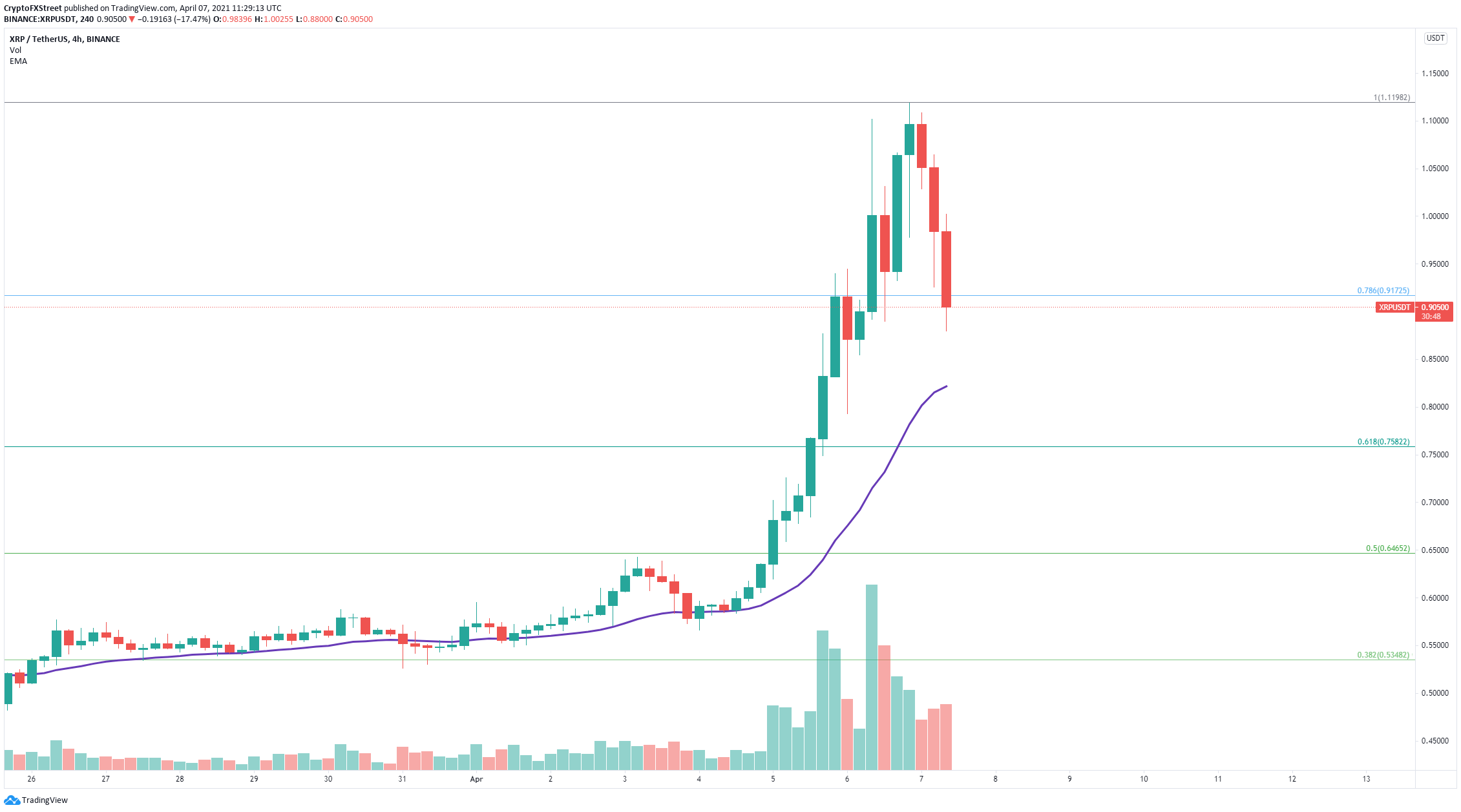 Additionally, the digital asset experienced a massive spike in the number of active addresses, which also happened on February 1 when XRP hit a peak of $0.72 before collapsing within the next 24 hours.

Nonetheless, a rebound from the 78.6% Fibonacci level at $0.917 should drive the Ripple price toward the psychological level of $1 and as high as the previous peak of $1.19.