Ripple, the third largest coin by market value, is changing hands at $0.5388, off Monday low at $0.5112. The coin is 3.5% higher on daily basis, but mostly unchanged since the beginning of the day. Ripple's market value is estimated as $21B, with trading volumes $264B, up from Mondays $177M. XRP trading is most active at Bitbank and HitBTC.

Ripple's momentum is currently driven by general cryptocurrency market sentiments. The coin's price moves in lockstep with Bitcoin, which, in turn, is vulnerable to speculations. The longer-term trend is bearish despite some correction attempts, that fail to take the price above critical levels. 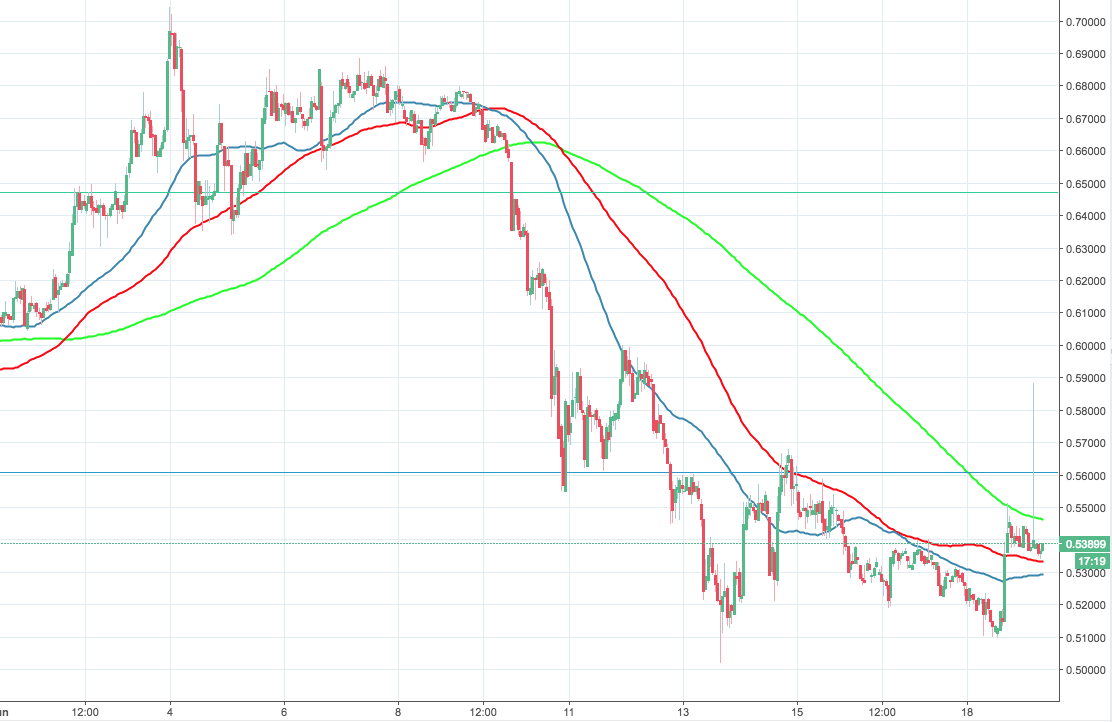