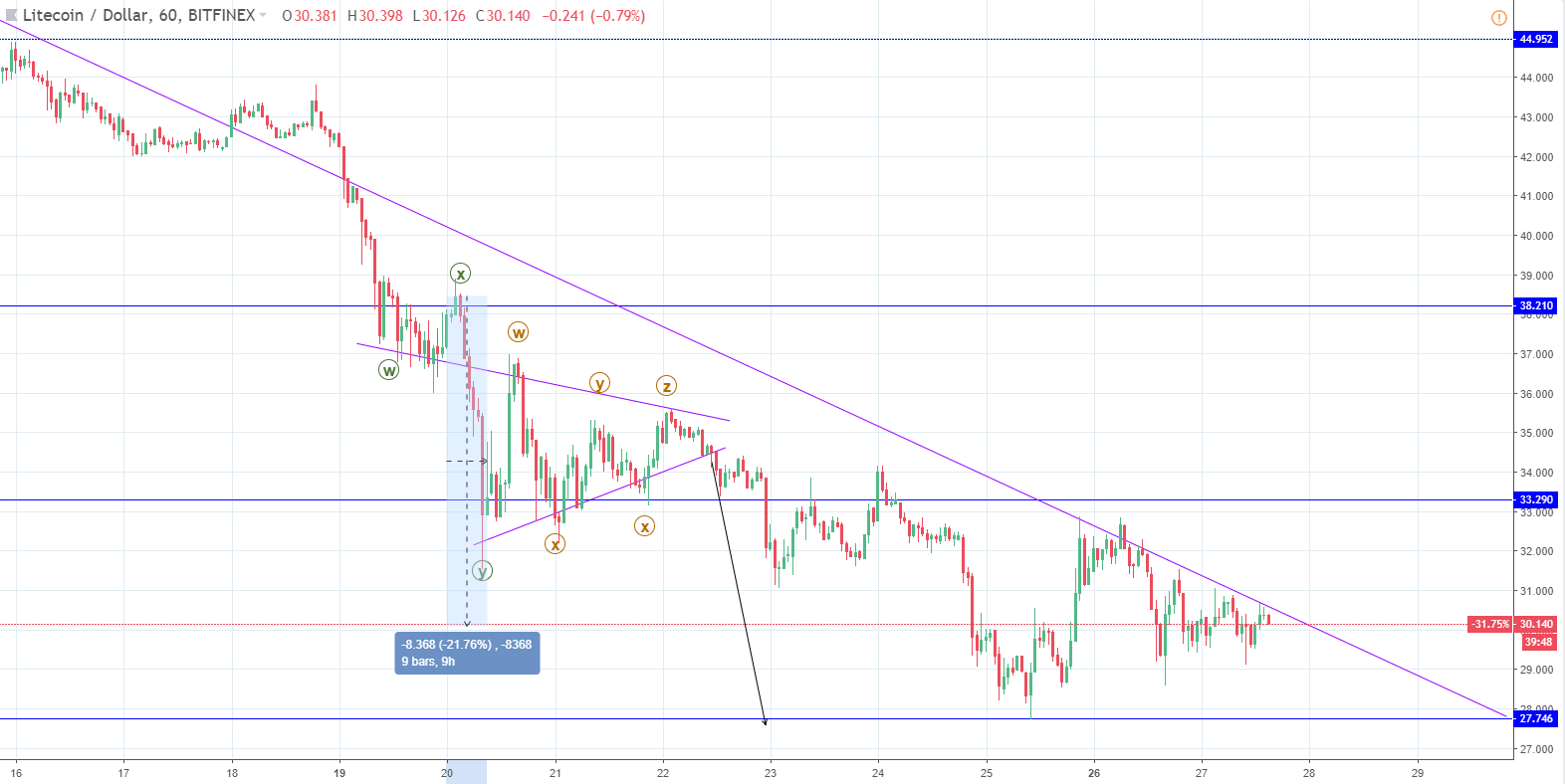 The downtrend line (purple line) on the hourly chart hasn’t been broken yet, but as the price action is showing higher lows and lower highs we may see a breakout soon. The price action is indicating that the sellers and the buyers are getting closer to each other so that breakout can happen anytime.

As the Minute correction target was met (with a wick) on the horizontal support level at $27.74, the breakout might occur from the upside breaking the downtrend’s resistance line.

Zooming out to the 4-hour chart, the downtrend’s resistance has been broken two times but both times resulted in a straight downfall. We shouldn’t assume that the short-term recovery has started until the LTC/USD pair goes beyond the prior horizontal support level at $33.29. 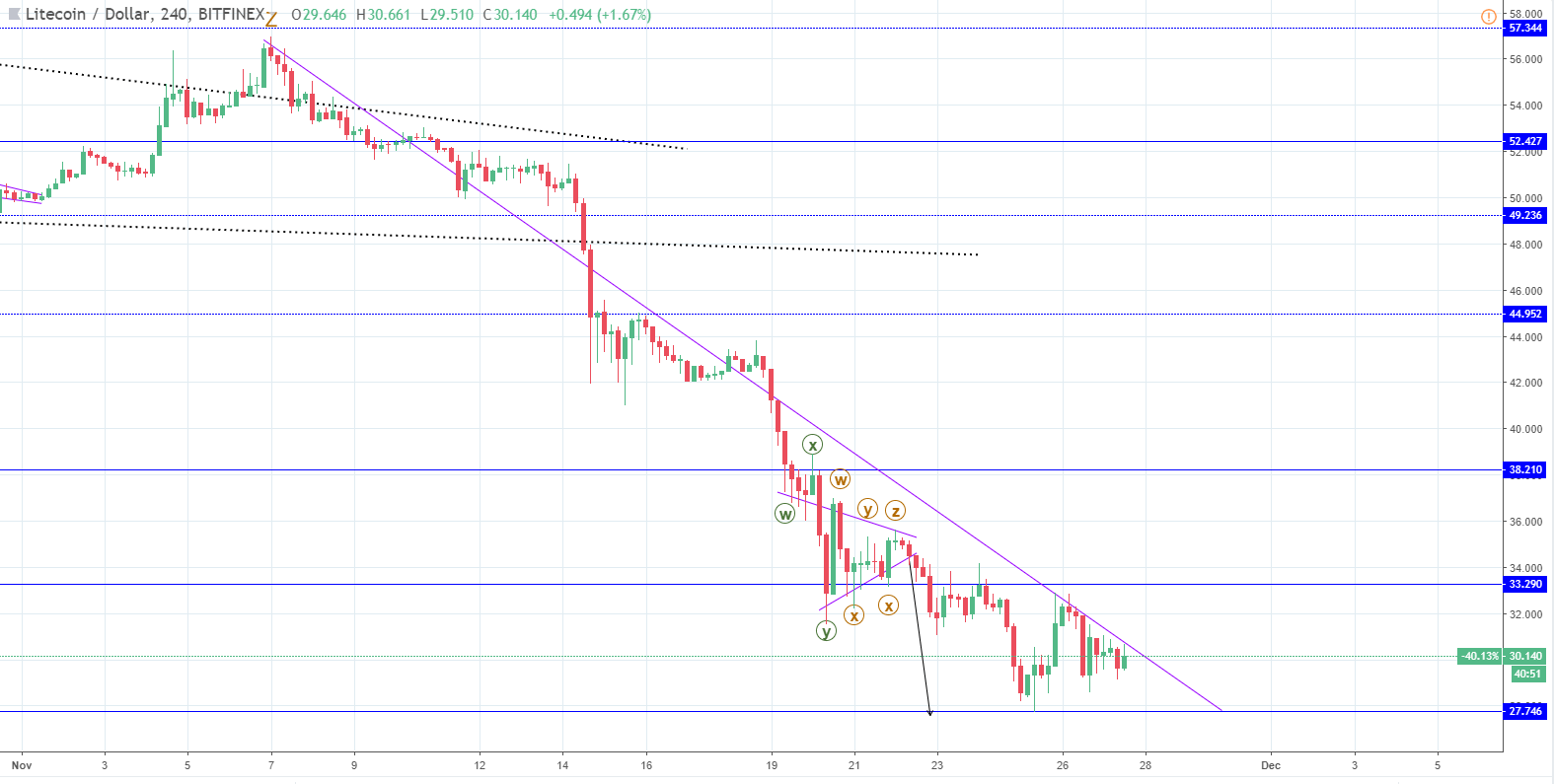 However, if the price of altcoin continues its downward trajectory there is a strong support at the $27 level. Judging by the price action and the wicks from the upside there are some significant buyers there.

RISK WARNING: CFDs are complex instruments and come with a high risk of losing money rapidly due to leverage. 78% of retail investor accounts lose money when trading CFDs with this provider. You should consider whether you understand how CFDs work, and whether you can afford to take the high risk of losing your money. Professional clients can lose more than they deposit. All trading involves risk.

BTC is trading around $10,715 and sitting on top of the $10,700 support level. The buyers need to do everything that they possibly can to defend this level. If the sellers break below this level, the price can plummet to $9,700 before it meets another healthy support.

The ongoing boom in decentralized finance (DeFi) space has been very beneficial for Ethereum. The demand for ETH has continuously surged in recent times. However, it is DeFi that’s dominating the headlines in ...

LINK broke above the downward trending line this Thursday and is currently trending horizontally between the $10 support line and the SMA 20 curve. This indicates that LINK is presently in a ...

THETA has been trading inside a robust uptrend for the past four months and hit a new all-time high at $0.76 on September 28. Its market capitalization has grown from $46 million on March 16, to a current high of $640 million.

Bitcoin Weekly Forecast: Keep calm and HODL on until the USA elects the president

Bitcoin (BTC) partially regained the losses incurred at the beginning of the week; however, the upside momentum is still too weak to take the price out of the bearish territory and ensure a sustainable recovery.