2021 has been the year of the short squeeze. In as early as January, we witnessed a significant squeeze on the shares of GameStop which saw a 1,500% price rally from $20 to $500 in the nostalgia stock. As the year has progressed, we’ve seen many more squeezes on popular stocks via coordinated social media investors and snowballing sentiment towards popular or meme-based assets. But where could the next squeeze be?

Short squeezes may be nothing new, but it seems as though the latest trend of pumping stocks based on sentiment via social platforms like Reddit has been a watershed moment for the world of investing.

As we can see from the chart above, meme stocks have consistently outperformed the S&P 500 over the course of 2021, with sentiment-based trading transforming unloved stocks into buying opportunities as retail investors collaborate to send asset values soaring.

According to Maxim Manturov, head of investment research at Freedom Finance Europe, government stimulus packages have paved the way for an unprecedented number of arrivals into the retail investing scene. “A survey by Deutsche Bank, which included 430 retail investors, showed that the respondents were going to invest, on average, 37% of all their stimulation money into stocks,” noted Manturov. “Goldman Sachs recently raised its expectations for stock demand by retail investors in 2021, from $100B to $350B.” 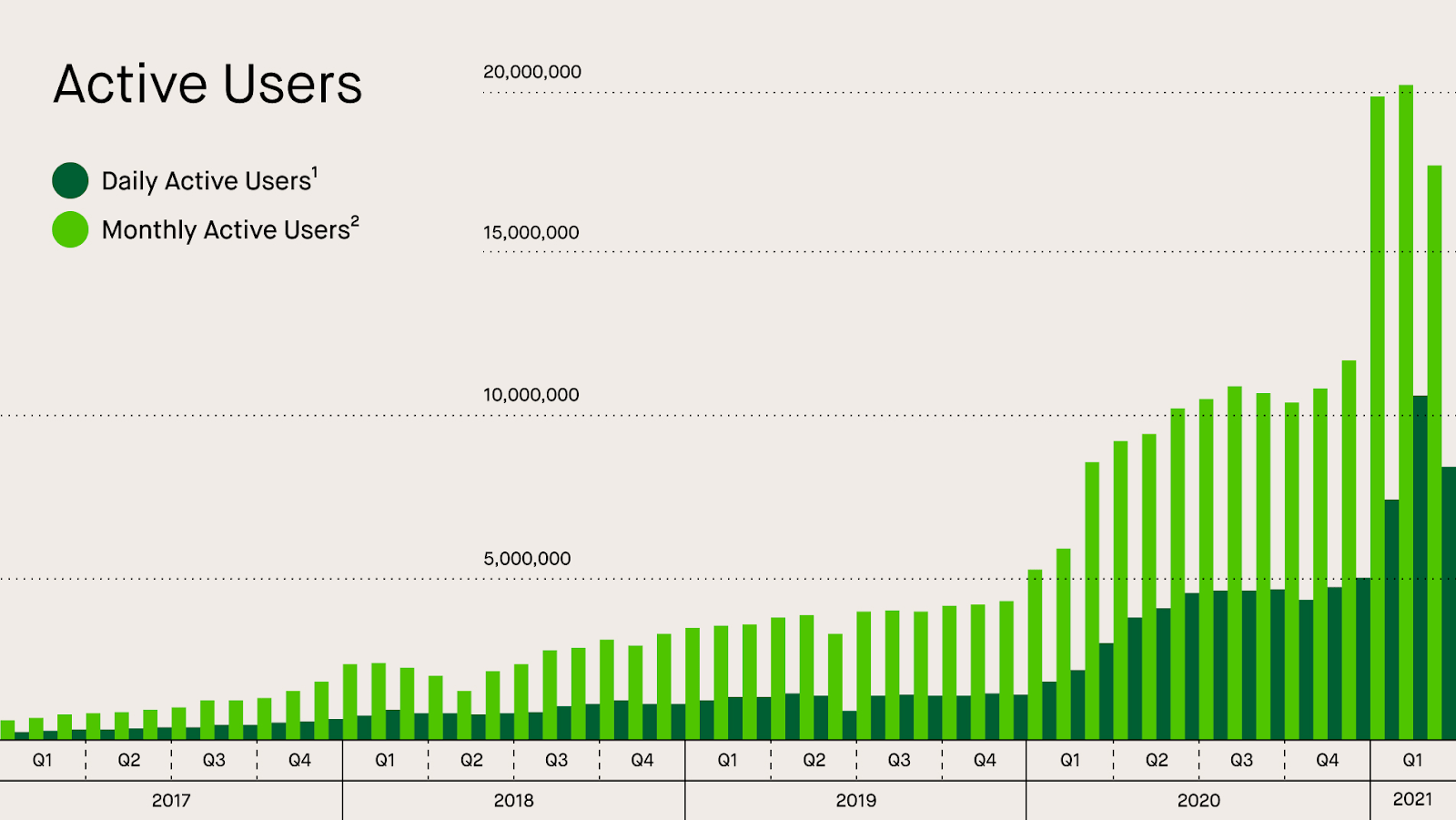 As the data above shows, many of these new retail investors became active on Robinhood, an investing app that makes its money through payment for order flow - which relies on trading volumes to become profitable. Robinhood has since had to deny accusations that the business has been gamifying investing, and the app recently removed its default confetti celebration animation for new users making their first trade.

However, these links between payment for order flow apps and higher retail trading volumes may have paved the way for the larger prevalence of short squeezes like that of GameStop and AMC. But what actually is a short squeeze? And where could the next short squeezes emerge? Let’s take a deeper look at the growth of the biggest investing trend of 2021:

What is a short squeeze?

Before we cover what a short squeeze is, let’s first look at how shorts work. In short selling, a position is opened by borrowing shares of a stock that the investor is essentially betting will decline in value. The investor sells these borrowed shares to buyers who want to pay the market rate for them. Later, when the borrowed shares need to be returned, the investor simply buys them back at a lower price and takes the profits - or at least that’s the plan.

When short trades get crowded, there are lots of short-sellers who have borrowed shares and all of whom intend to eventually pay to get them back.

In this fragile situation, if anything causes the stock to rise, this high volume of investors must pay a higher premium to get their borrowed shares back. If enough investors have taken this short position, a buying frenzy can ensue which drives the price of the asset up in an extremely short space of time.

As panic buying snowballs, we can see short sellers joined by speculators and onlookers aiming to bandwagon on this fast appreciating stock - forming a short squeeze in price.

Where could the next short squeeze be?

For a short squeeze to take place, an asset needs to have high short-selling activity - generally amounting to over 15% short interest - coupled with a quick spike in buying volume. In the right conditions, short-sellers are squeezed into closing their positions.

Significant short selling is typically associated with a company that’s experiencing issues with its business fundamentals. This has caused some backlash among retail investors, with some of their favourite stocks on the receiving end of vicious short selling strategies.

This also indicates why it’s often meme or nostalgia stocks that can become the subject of short squeeze. The companies that have been popular in the formative years of investors, like GameStop and AMC, are common targets, while memes like Dogecoin have also enjoyed price rallies despite little in the way of fundamentals.

So, with this in mind, where could the next short squeeze be? Well, logically the only place that can help to inform our ideas can be found on social media. Because a short squeeze requires a large volume of short sellers and a backlash of coordinated buyers, it’s on social platforms like Reddit, TikTok and Twitter that we can gain enough of an insight into sentiment so we can anticipate which stocks might see the level of buying activity needed to trigger a short squeeze.

Recent surveys from investor social media accounts have helped to gauge sentiment online. In the instance above, we can see that the majority of investors are looking beyond the nostalgia stocks of GameStop and AMC and are instead looking to underperforming medicare insurance company Clover Health, and startup electric car firm Workhorse Group Inc - which had a reported 32% of short interest among investors.

However, we may see the next big short squeeze occurring outside of stock market investing completely. In late July, Bitcoin underwent a significant short squeeze that saw the cryptocurrency rally 17% to a value of over $40,400.

In a cryptocurrency landscape punctuated by memes and bearish sentiment, coordinated short squeezes could impact coins like Dogecoin and Ripple - both of which have already seen short squeezes in recent months.

However, if you really want to know where the next surging stock will be, it’s best to keep your ear to the ground. As GameStop showed us, a shorted asset can be catapulted into the stratosphere with very little warning.