Litecoin price consolidates after retracing 30% of the losses it experienced last week. It is now incumbent on the bulls to maintain the present value area and maintain momentum to prevent further losses.

Litecoin price action has been some of the most bearish in the entire major market cap crypto space. While many altcoins hit new 2022 lows and multimonth lows, few fell far enough to hit lows not seen since 2020. LTC collapsed last week to a low of $54, a level not seen since November 2020.

A result of the size of the drop has positioned Litecoin for a massive bullish mean reversion trade – possibly a broader trend change. On the monthly, weekly, and daily charts, Litecoin price has developed large gaps between the bodies of the candlesticks and the Tenkan-Sen. Additionally, oscillator values have hit new all-time lows or have matched historical all-time lows.

A hypothetical long opportunity exists for Litecoin price on the $2.00/3-box reversal Point and Figure chart. The setup is a buy stop order at the 3-box reversal from the current O-column (currently at $74), a stop loss of four boxes (currently at $66), and a profit target at $104.

The setup represents a 3.75:1 reward for the risk. In addition, a two to three-box trailing stop would help protect against any profit made post entry. 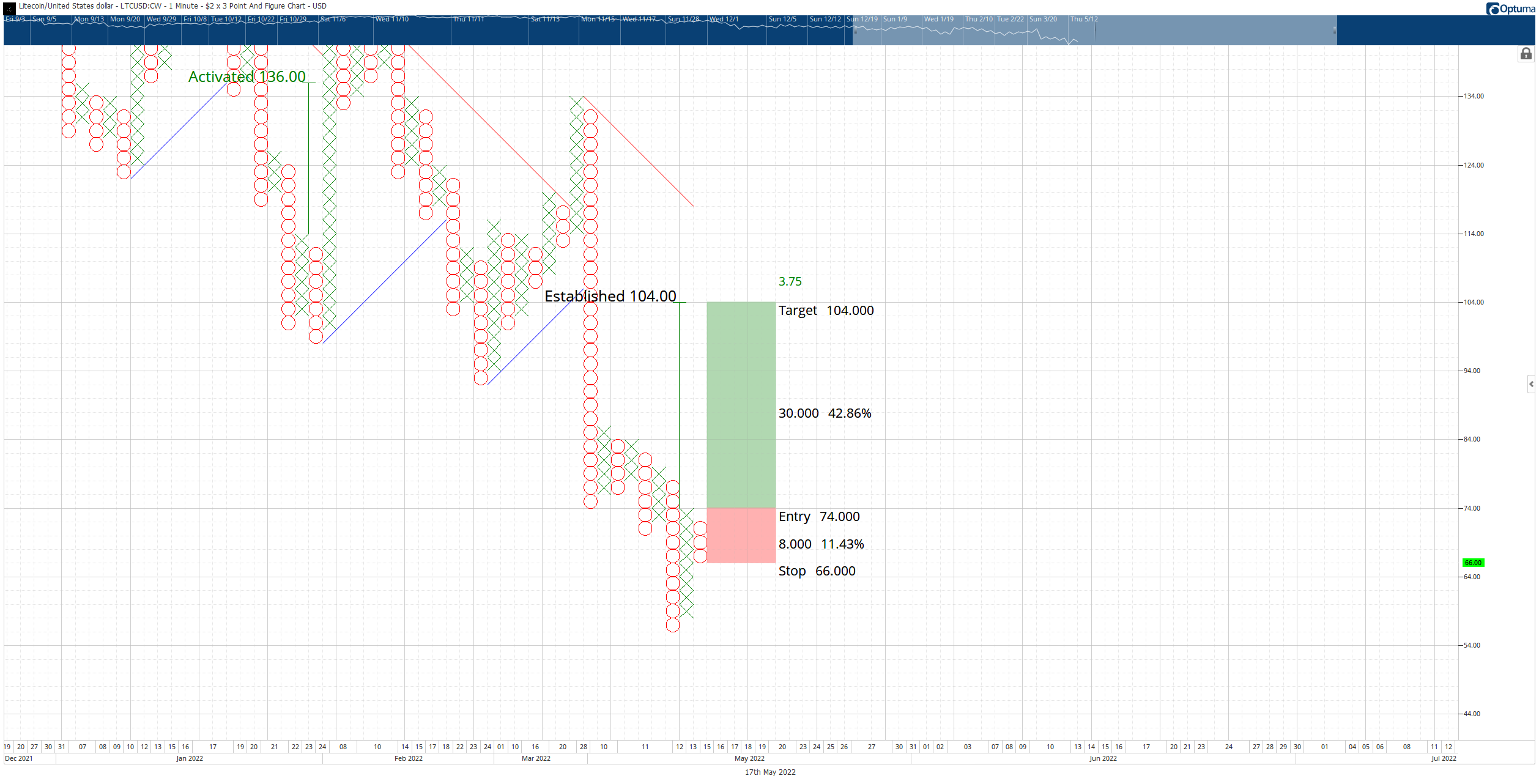 The long trade setup for Litecoin price is based upon a failed bearish continuation from a Pole Pattern. Therefore, the setup is contingent on the current O-column not retracing printing a new O at or below $64. If that occurs, then the trade is invalidated.

Downside risks are likely limited to the lows in the $54 value area from last week.