Litecoin hit $124 on Saturday, December 19. The last time LTC was seen that high in July 2019. During the previous week, a robust bullish momentum pushed the coin to fifth place in the global cryptocurrency market rating. Now it has a capitalization of $7.6 billion, while its average daily trading volume is registered at $8.6 billion.

At the time of writing, LTC is changing hands at $116. The price decreased by 5% on a day-to-day basis, though it is still 43% higher on a week-to-week basis.

Litecoin is ripe for a correction

From the technical point of view, LTC looks overbought and ready for a short-lived downside correction. TD Sequential indicator sends sell signals on 1-day and 12-hour charts, meaning that the coin may retest support levels before the upside momentum is resumed. 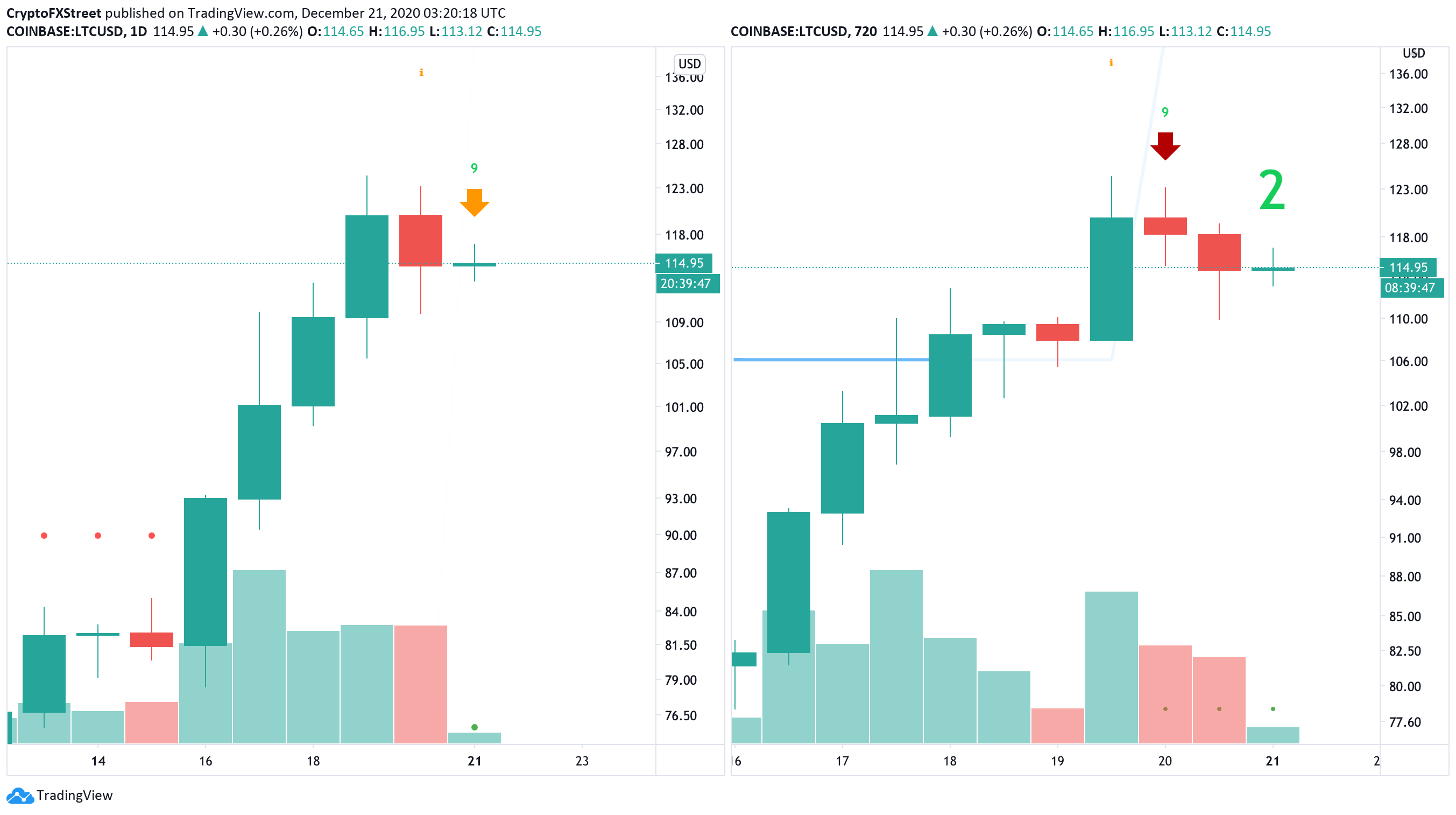 As the chart above shows, the signal on the 12-hour timeframe is conformed by a red tow candlestick. The downside correction may be extended for one to four red candlesticks with the initial target at the psychological $100. If this area gives way, the sell-off may continue towards $90 that limited Litecoin's recovery in November and December.

Meanwhile, the long-tern picture stays strongly bullish as Litecoin seems to have broken out from a massive symmetrical triangle. Now the coin is targeting a $1,100 area. This is an estimated target that represents an over 1,700% increase. It is calculated by measuring the distance between the two highest points of the triangle and adding it to the breakout point. 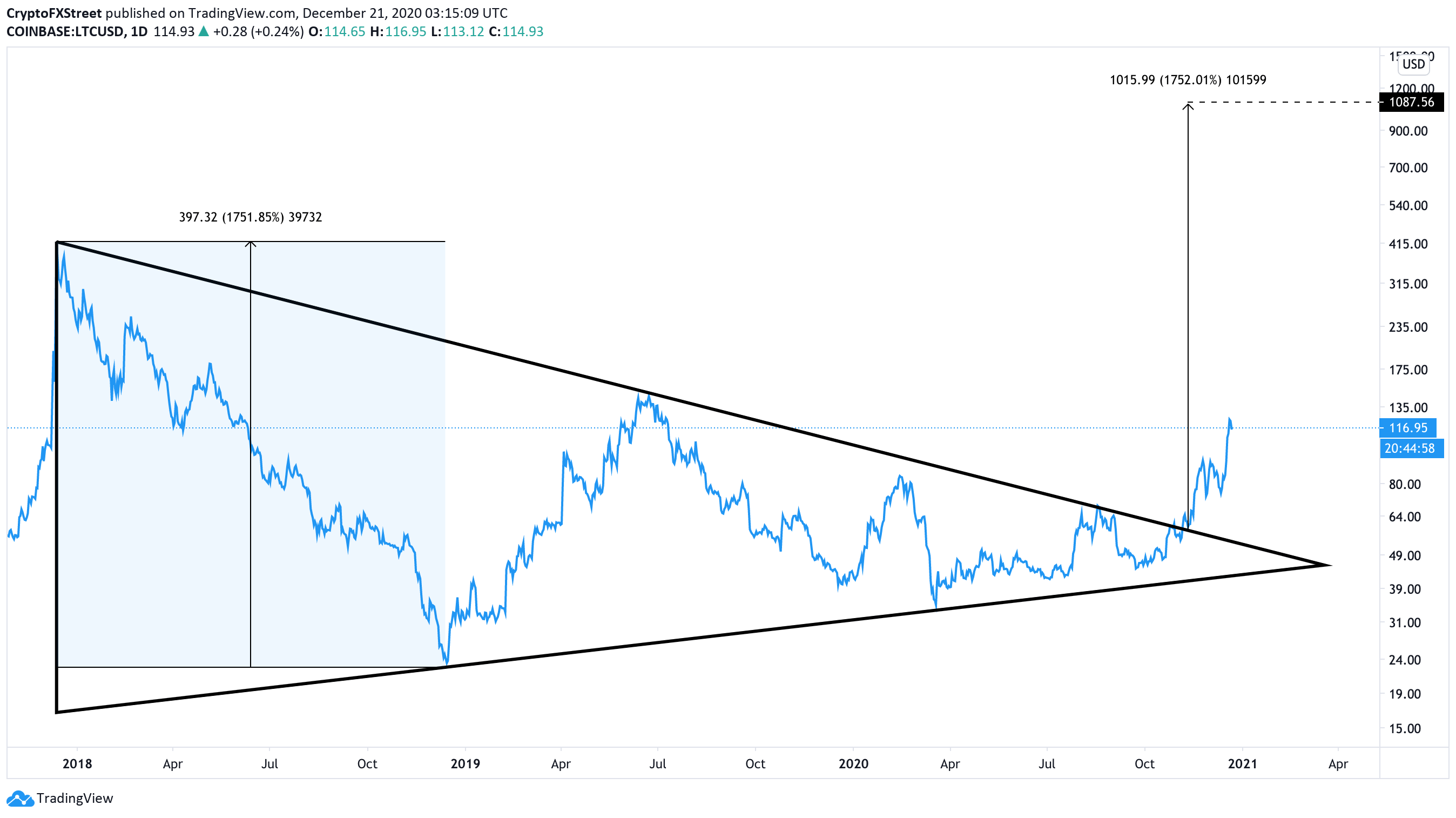 If the bullish momentum fails to materialize, the price may return to $70 reinforced by weekly EMA200. A sustainable move below this area will invalidate the positive scenario.