Litecoin is up by 17% since the last local bottom at $69 established on December 11. The digital asset has established a short-term uptrend and only needs to crack one last resistance level at $84 to aim for $100.

On the 4-hour chart, Litecoin has formed an uptrend after establishing several higher lows and higher highs. Additionally, bulls have conquered the 50-SMA and 100-SMA levels as support, 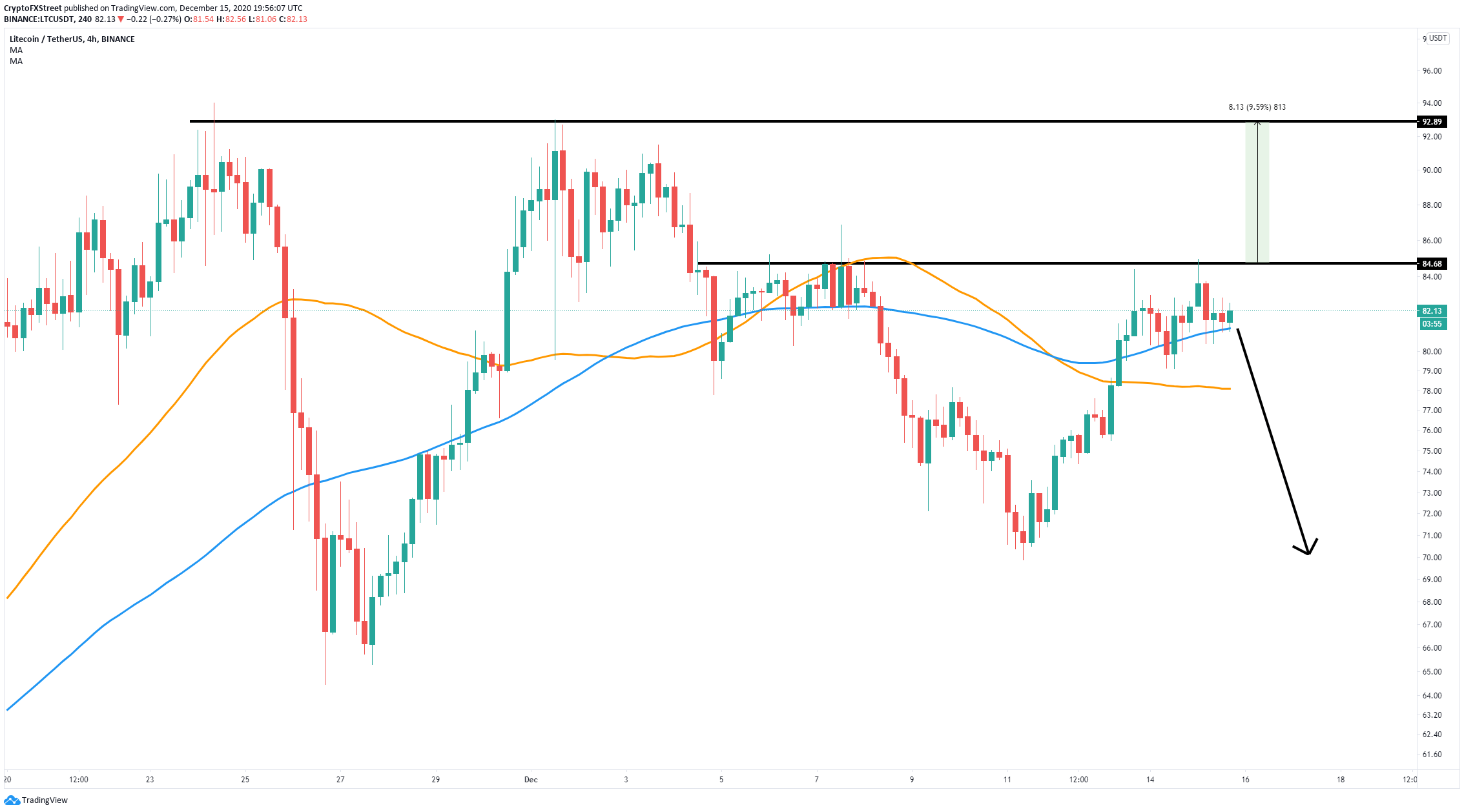 The next hurdle in the way of bulls is the resistance level at $84 which has been tested several times in the past. A breakout above this point would quickly push Litecoin price towards $93 with the potential to aim for $100.

The In/Out of the Money Around Price (IOMAP) chart shows almost no resistance on the way up with the most significant level at $84 which gives credence to the bullish outlook above. On the other hand, the IOMAP does indicate Litecoin has a lot of support on the way down from $80.

However, the inability from the bulls to hold the 50-SMA support level could quickly drive Litecoin price to at least the 100-SMA at $78 and as low as $70 in the long-term if selling pressure continues mounting after the initial breakdown.