Litecoin price has entered a tight congestion zone since the initial spike above the Cloud on October 20th. The trading range has been limited to the Tenkan-Sen at $196 above and Senkou Span B at $188 below. Thus, Litecoin has prime conditions for a bullish expansion move to occur, but bulls are unable or unwilling to make that happen.

Litecoin price has been a source of frustration and anxiety for the bulls. The Ideal Bull Ichimoku Breakout entry generated on Litecoin on October 20th has failed to produce any further upside momentum. The recent consolidation could be seen as a sign of weakness and evidence of a developing bull trap.

The technical continue to favor the long side of the market for Litecoin price. Buyers may come back in to push Litecoin higher when there is a daily close at or above the $200 level. From there, the projected profit zone is at $240. The oscillators favor a bullish breakout as they are all in neutral territory and not at any overbought extremes. 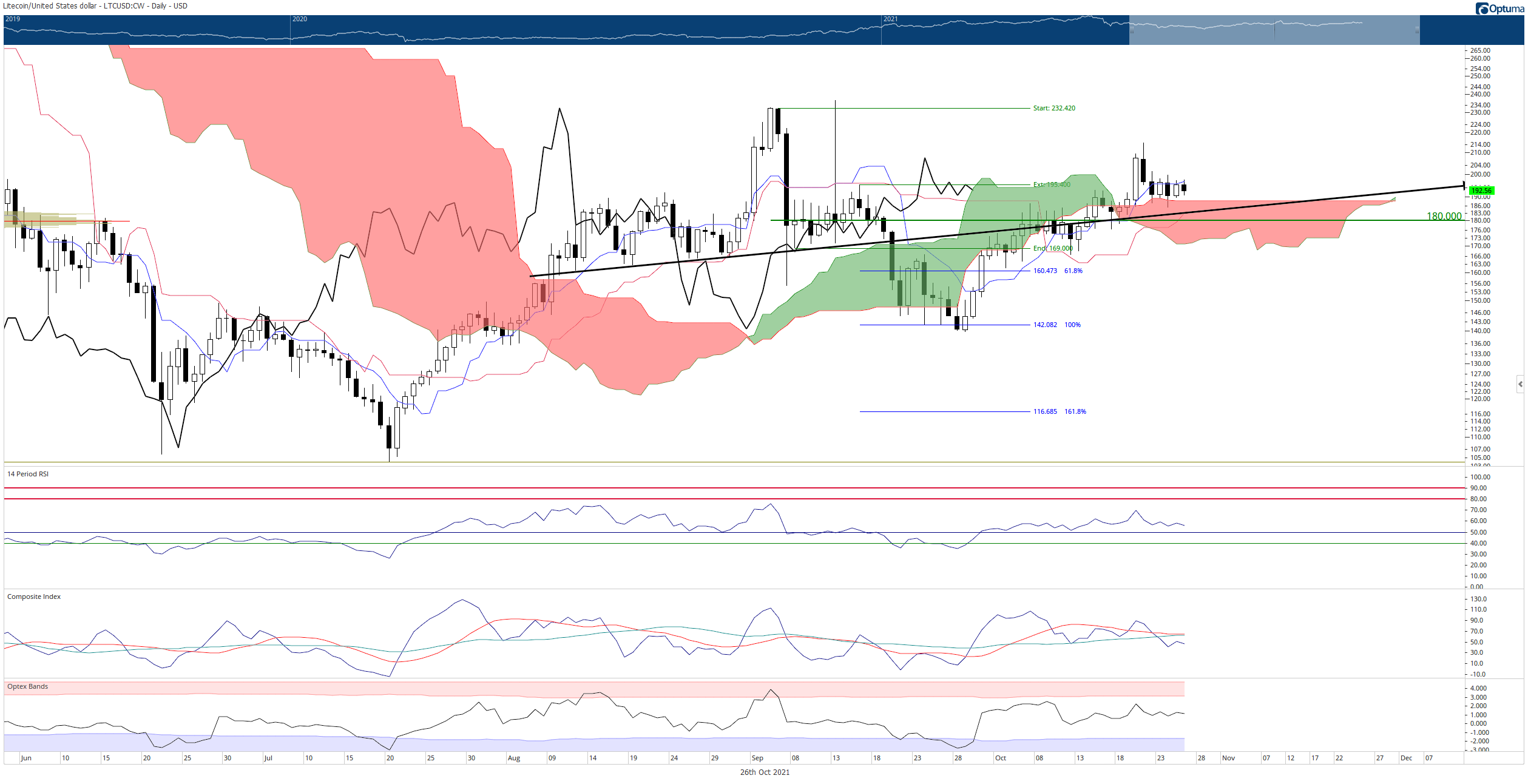 However, the failure or inability of bulls to create positive momentum could be a precursor to some selling pressure. A daily close below the Cloud at $170 would likely trigger renewed selling pressure towards the $100 value area.