Litecoin price is positioned for one of the most significant probable breakouts LTC has seen since August 2021. The $2.00/3-box reversal Point and Figure chart have developed a phenomenal theoretical long entry opportunity.

Litecoin price action has moved into a position that could soon generate a massive spike. The theoretical long entry is a buy stop order at $140, a stop loss at $132, and a profit target at $230. This long idea is based on a rare pattern known as a Bullish Shakeout.

The Bullish Shakeout pattern in Point and Figure analysis may sound bearish, but it is a form of a bear trap. The pattern requires that an instrument is in a bull market and above the bull market support line. It also requires that at least a double-top has formed. Finally, and most importantly, there must be a false sell signal in the form of two O’s below a double-bottom. 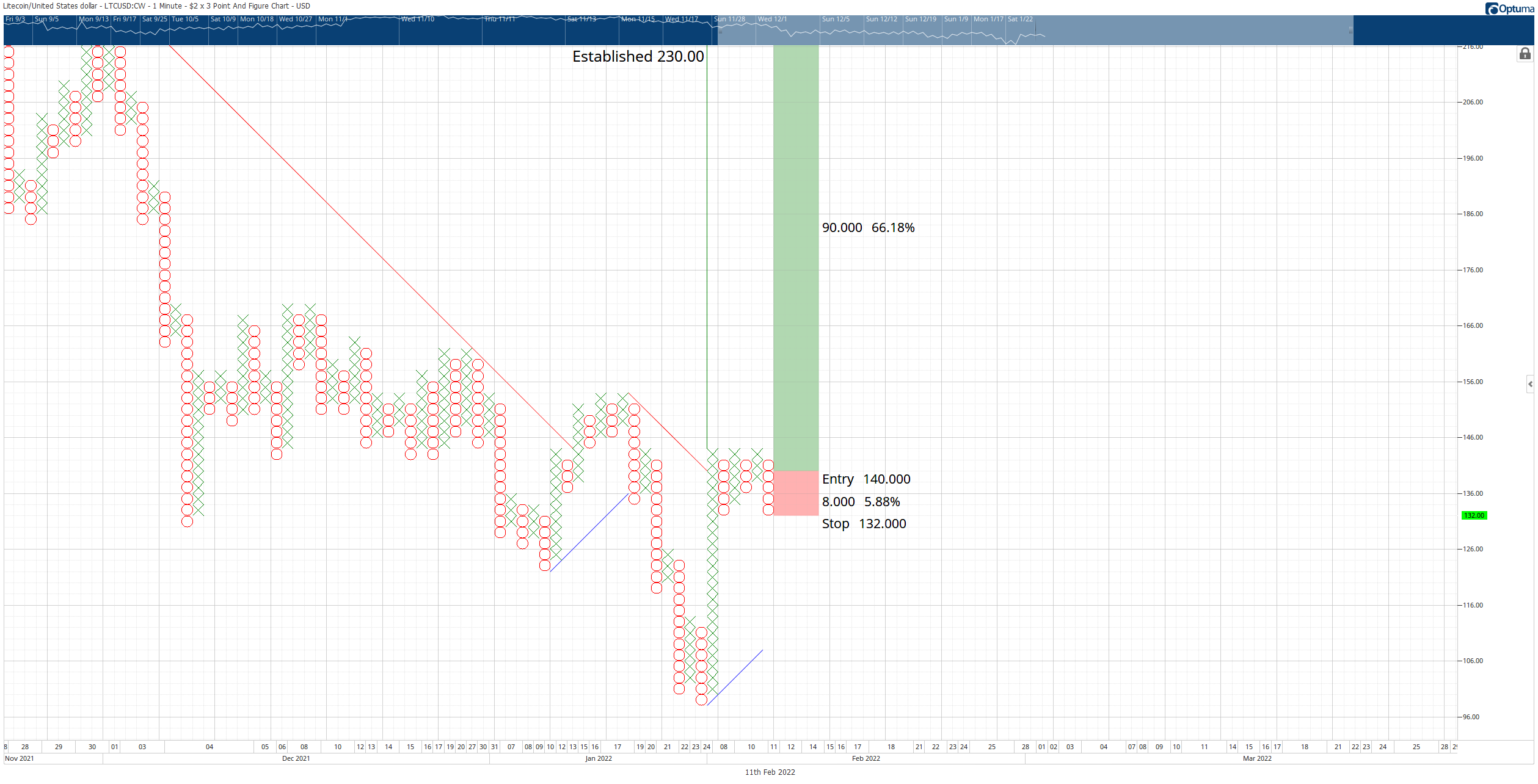 Another piece of criteria for Litecoin price to confirm the Bullish Shakeout pattern is that it must form early during an uptrend. Litecoin price just converted into a bull market, only three X columns back. So it is technically still in the first pullback from the bull market conversion.

Litecoin price can print one more O below the current O column (to $130), but the theoretical long setup is invalidated if it prints another O. In that scenario, Litecoin could be in the early stages of a bearish continuation setup that would likely confirm a bear market.