Ethereum (ETH) price has been clawing back losses at the start of the trading day, but attempts have been cut short quite quickly after Europe opened, and saw equities dragged to the downside. Now it looks like price action will have to take a step back, becoming less volatile as liquidity gets pulled for the summer. Expect the downtrend not to be over, but the train is starting to slow as the summer lul kicks in.

Ethereum price already broke the high of yesterday during the ASIA PAC session but quickly fell down again below its opening price once Europe started to come into play. Coincidently, equities fell  in a similar move. It becomes more and more apparent that Europe and the US are starting to near the next stage in the overall correction before going into recession, which is starting to look inevitable.

ETH price could still try to regain control of $1,100, but that would mean quite the turnaround this Friday. It’s more likely that price action will slip further and near the $1,000 mark again. In case it breaks, expect to see an accelerated move towards $830, then onto the monthly S1 support pivot near $645, which points to a further decline for July. 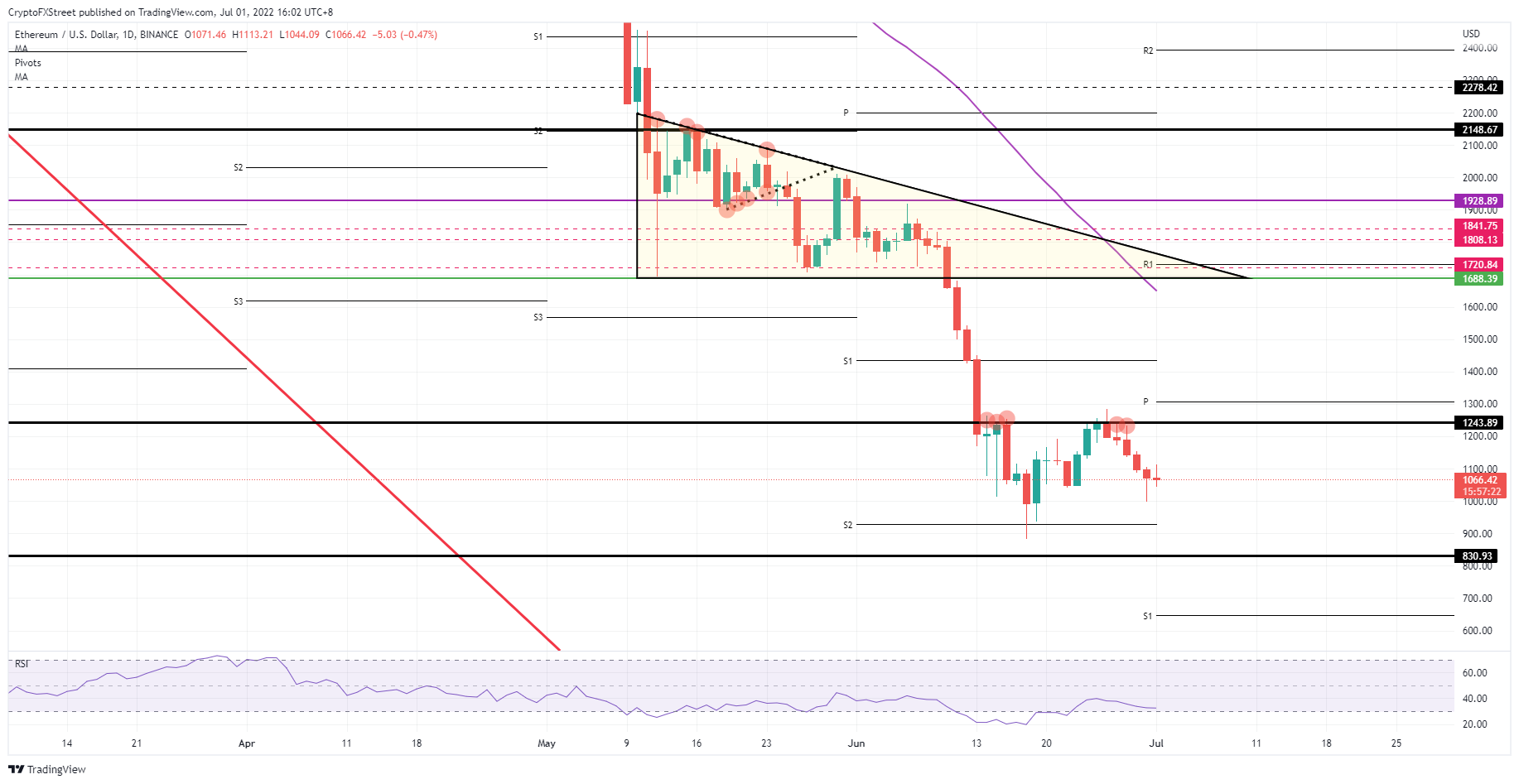 As the summer lull is about to kick in, I would not make the same efforts to perform a bullish operation as during regular trading periods. For example, half the average trading volume on the demand side could be sufficient to make an impact as overall volume declines. This means a bullish shift could be possible for a few days, with price action getting lifted towards $1,243, and then capped by the monthly pivot at $1,300.