One of the reasons behind Bitcoin's (BTC) volatility, the substantial price oscillations that occur regularly, is the discrepancy of its use cases. Some pundits deem it "digital gold," a truly scarce and perfect store of value (SoV). Others consider Bitcoin a technology project or a type of software with a corresponding network.

El Salvador's adoption as legal tender will likely evidence the means of exchange (MoE) functionality that the Lightning Network provides. The Layer-2 scaling solution allows instant and insanely cheap transfers, although it requires regular on-chain transactions to enter or exit this parallel network.

As these narratives about Bitcoin shift over time, so does BTC's correlation to traditional assets. For example, there have been sustained periods of a strong correlation with gold. 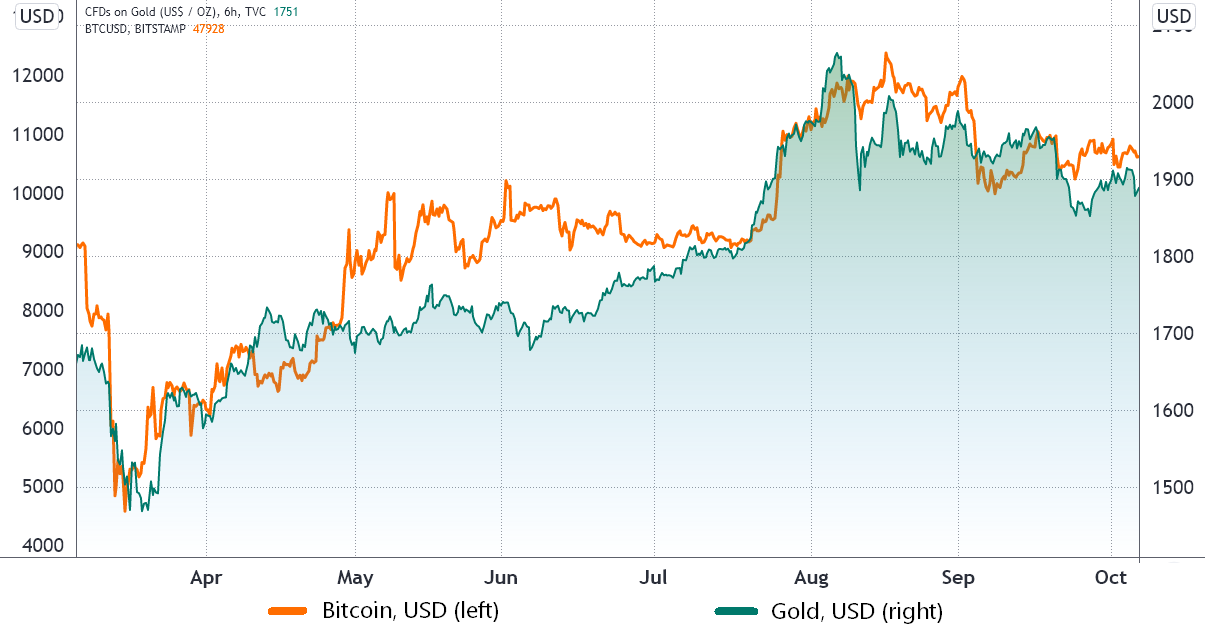 The March 2020 crash was devastating for almost every asset class, but the recovery pattern that followed those six or seven months was virtually identical for gold and Bitcoin. Curiously, the opposite movement occurred in 2021, displaying an inverse correlation between the two assets.

Is Bitcoin a tech stock proxy?

On the other hand, Bitcoin started to mimic the Hong Kong stock market, as measured by the Hang Seng Index (HSI). Among its top constituents are Tencent, Alibaba, and Meituan, which are billion-dollar Asian technology companies. 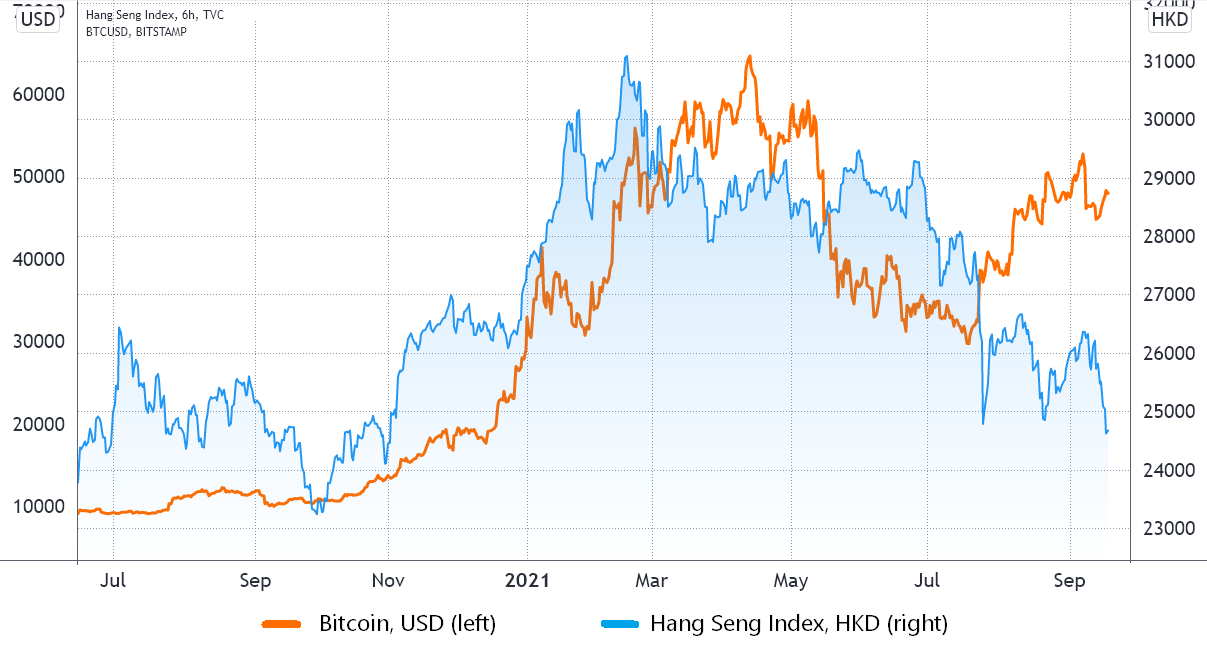 This shift in investors' perspective — from tracking gold price to tech stocks — begs one the question of whether Bitcoin will succumb to the Hang Seng downward movement seen in the past 90 days. Does it make sense to decouple right now? If so, will Bitcoin continue to act as a safe haven amid a general correction?

On Sept. 14, China's second-largest property developer, Evergrande Group, announced that a significant decline in sales forced the company to postpone payments over its debt. This single company has over $300 billion in liabilities, which and according to analysts this could severely impact the broader market.

In August, China's retail sales disappointed at 2.5% versus the previous year, where investors expected a 7% growth rate. Obviously, growth and the economy were heavily impacted in 2020 by governments' reaction to the Covid-19 outbreak.

However, one must consider that the most influential Central Banks have been practicing near zero or even negative interest rates since the Q1 of 2020. Thus, if the economy fails to gain momentum amid multiple trillion-dollar stimulus packages, there's not much that can be done to prevent a generalized stock market correction and potential losses on debt markets.

The problem is: Bitcoin might be 12 years old, but it has never faced a significant economic crisis, at least nothing that puts the $250 trillion-plus global debt markets at risk. Therefore, any analysis or estimate will unlikely yield a credible assessment.

Bitcoin might be less impacted by a market meltdown

However, the cryptocurrency has an edge over traditional markets like commercial real estate, stocks, and bonds. Lenders will foreclose on these assets if clients default on their payments, and this adds further pressure because the bank or institution has no interest in keeping them.

On the other hand, generally speaking, Bitcoin and cryptocurrencies cannot be used as collateral.

Regarding the billion-dollar Bitcoin futures liquidations on derivatives markets, those are just synthetic instruments. Undoubtedly these events will impact the price, but at the end of the day, the effective BTC stays at the derivatives' exchange. It solely moves from the long (buyer) balance to the short (seller) account.

Until Bitcoin becomes fully entrenched in financial markets and accepted as collateral and deposits, the mid-term systemic risk for the cryptocurrency is lower than the traditional market.