Other notable corporate investors include BlackRock, Morgan Stanley, Samsung, and Goldman Sachs, according to a report from Blockdata.

Google parent company Alphabet poured the most amount of capital into the blockchain industry compared to any other public company, investing $1.5 billion between Sep. 2021 and Jun. 2022, a new report shows.

In an updated blog published by Blockdata on Aug. 17, Alphabet (Google) was revealed as the investor with the deepest pockets compared to the top 40 public corporations investing in blockchain and crypto companies during the period.

This is in stark contrast to last year, where Google diversified its much smaller $601.4 million funding effort across 17 blockchain-based companies, which again included Dapper Labs, along with Alchemy, Blockchain.com, Celo, Helium and Ripple.

Google’s increased investment into the blockchain industry is consistent with the other top 40 publicly traded companies, with $6 billion in total being invested during this time, compared to $1.9 billion between Jan. 2021 to Sep. 2021 and $506 million in all of 2020. 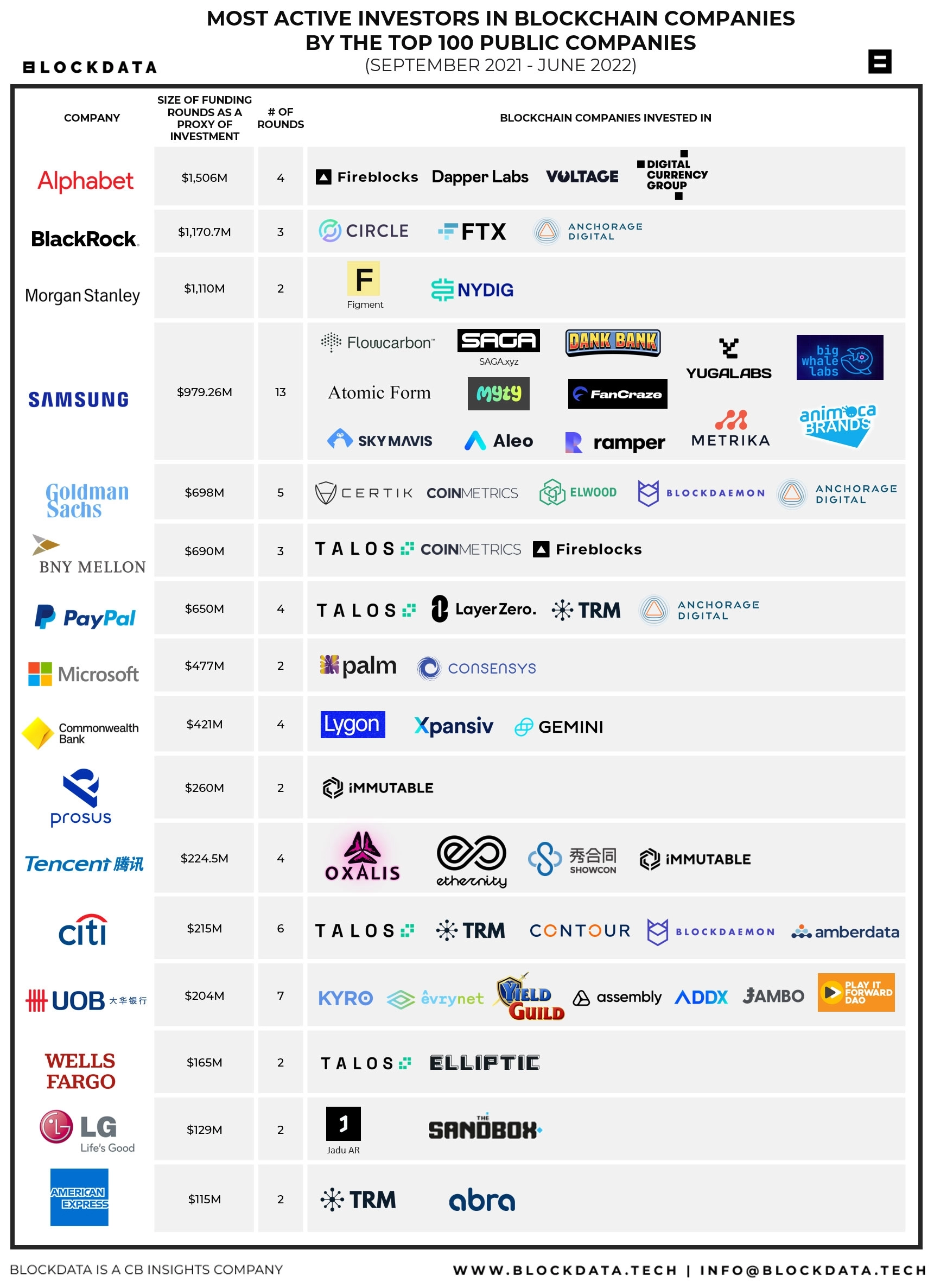 Like Google, Morgan Stanley and BlackRock adopted a more concentrated approach investing in only two to three companies during the period. However, Samsung was by far the most active investor having invested in 13 different companies.

The data also found that companies offering some form of non-fungible token (NFT) solutions have been the most popular investment.

Many of these belong to industries such as gaming, arts & entertainment, and distributed ledger technology (DLT).

The data also found that banks have started to increase their exposure to crypto and blockchain companies, driven by an increase in client demand for crypto services. Among the banks finding themselves on the top list of crypto investors are United Overseas Bank, Commonwealth Bank of Australia and BNY Mellon.