Skip to main content
;
Floki Inu price is taking the lead against Dogecoin and Shiba Inu. Dogecoin continues to flounder and tread water near the $0.21 value area, with all recent attempts to break higher promptly getting sold-off. Likewise, Shiba Inu faces continued selling pressure and risks a deeper move south.

Floki Inu price action, when compared to its peers, is the current leader of the meme coin pack. After hitting some recent major low near the $0.0001200 level, it’s experienced a nice rise – one that looks to continue.
On the $0.0000200/3-box Reversal Point and Figure chart, Floki Inu price has developed a double top. Because the prior O-column printed one O below the double-bottom, if Floki Inu prints one more X above the current column, it would confirm a bear trap. However, the recent surge may face a temporary pullback. 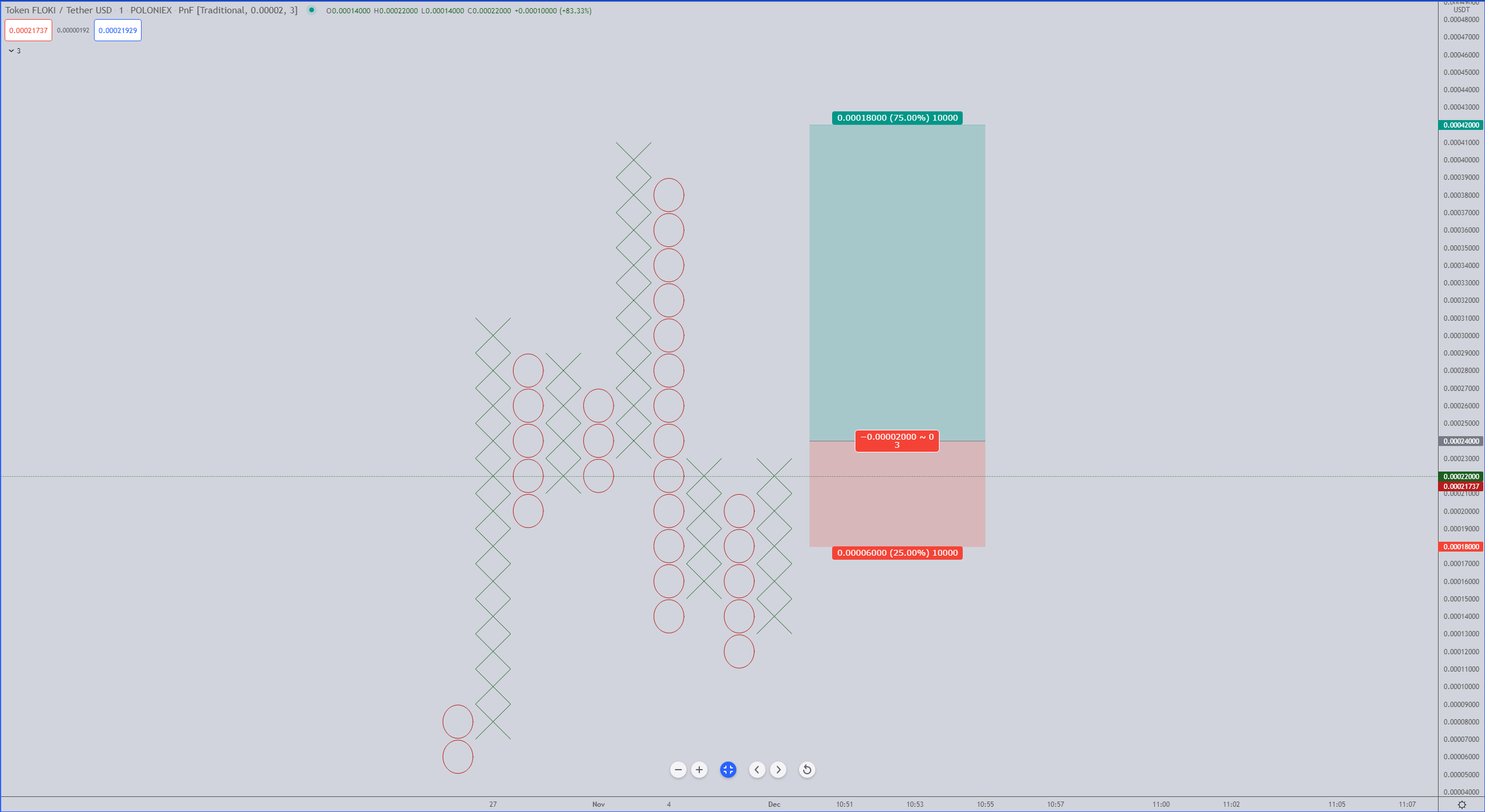