The first half of 2021 significantly improved Ethereum's price and its adoption among institutional players. The recent price action and increasing demand are fueling the flippening narrative.

The volume of ETH traded grew by nearly 1461% against Bitcoin's 489% compared in the same time period. The statistics are based on a report published by Coinbase Global that considers data from the top 20 cryptocurrency exchanges.

Ethereum's five-year performance got a boost in the past two quarters, which has brought ETH's total returns to 17,962%. A few factors driving the ETH rally were the increased usage of DeFi protocols and the rising optimism of traders and investors in anticipation of the upcoming London hardfork.

Both BTC and ETH have rallied since May 2021; however, ETH continues to outperform BTC in terms of growth in trade volume. The probability of flippening, otherwise known as the possibility of the market capitalization of Ethereum overtaking that of Bitcoin, is now higher based on the recent turn of events.

The long-awaited implementation of the EIP-1559 protocol in the London upgrade fuels the flippening narrative.

Evan Van Ness, a member of New York based blockchain technology company ConsenSys recently replied to a tweet, stating that the flippening is inevitable.

The Flippening is inevitable, sorry Sunny.

The bullish outlook among crypto traders persists as ETH's price has appreciated over 240%, at its peak, since the beginning of 2021. ETH/BTC hit a high of 0.08193 in mid-May 2021 based on price data from Coinbase. 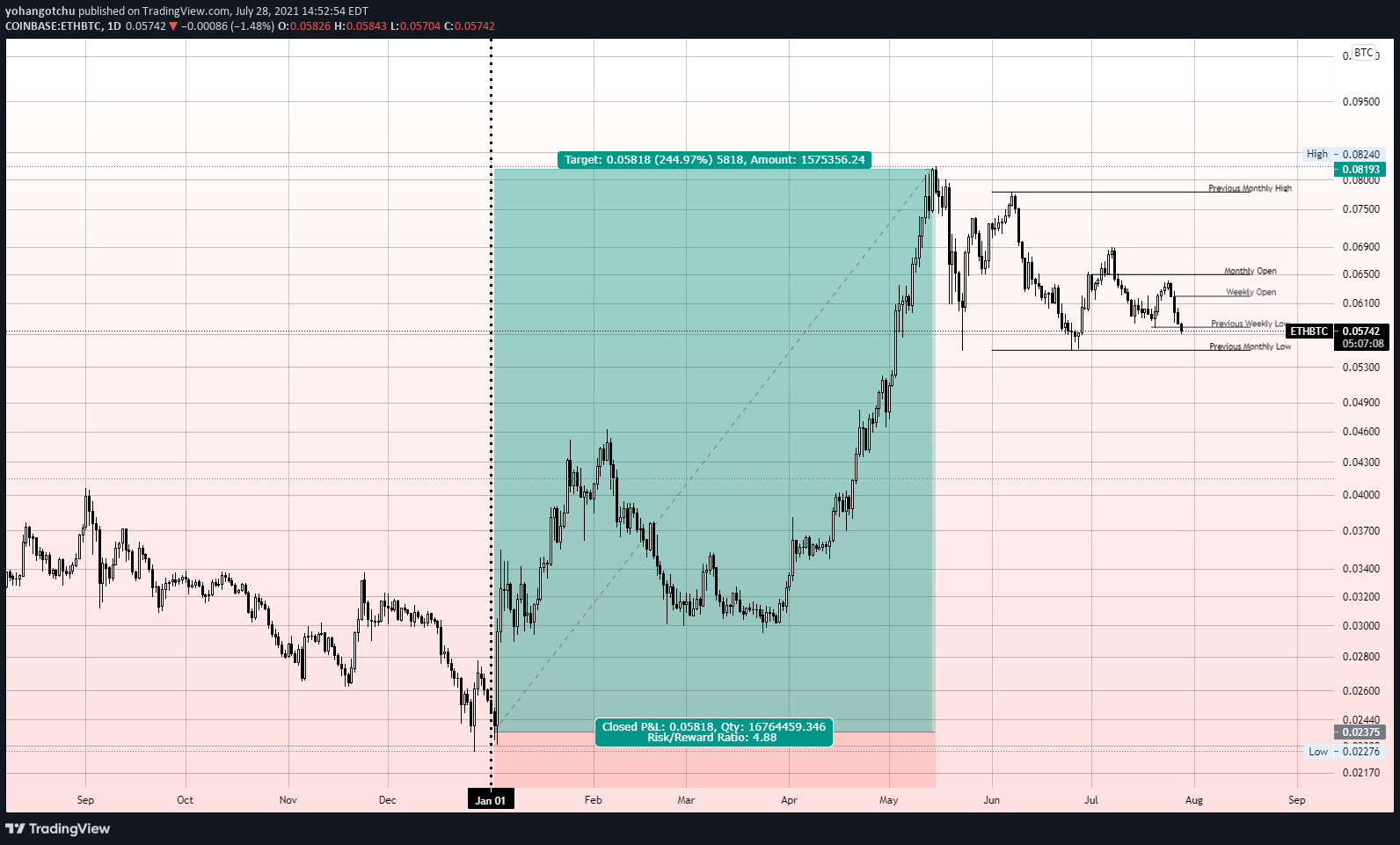