The largest cryptocurrency by market capitalization plummets below $41,000 after rising earlier in the day.

After jumping over $43,000 for a short time, bitcoin plummeted below where it started 24 hours ago. Ether and the largest altcoins by market capitalization also rose promisingly before falling back.

The moves downward reflected ongoing pessimism about the economy and rising interest rates, and mirrored bearish sentiment about once, high-flying tech stocks. After a late sell-off of stocks, the tech-heavy Nasdaq Composite index dropped 1.1% in U.S. trading hours. The S&P 500 fell similarly.

Joe DiPasquale, the CEO of the crypto fund BitBull Capital, said investors were initially upbeat about a study by the U.S. Federal Reserve on a digital dollar. "Any news that comes from such an official sources lends crypto credibility, and that credibility leads to increased demand," DiPasquale said.

He attributed crypto markets' recent down trend "to lower demand and some seasonability. "January is historically a soft month," he said. "So I'm hopeful as we lead into the next few weeks that there will be increased activity and demand." 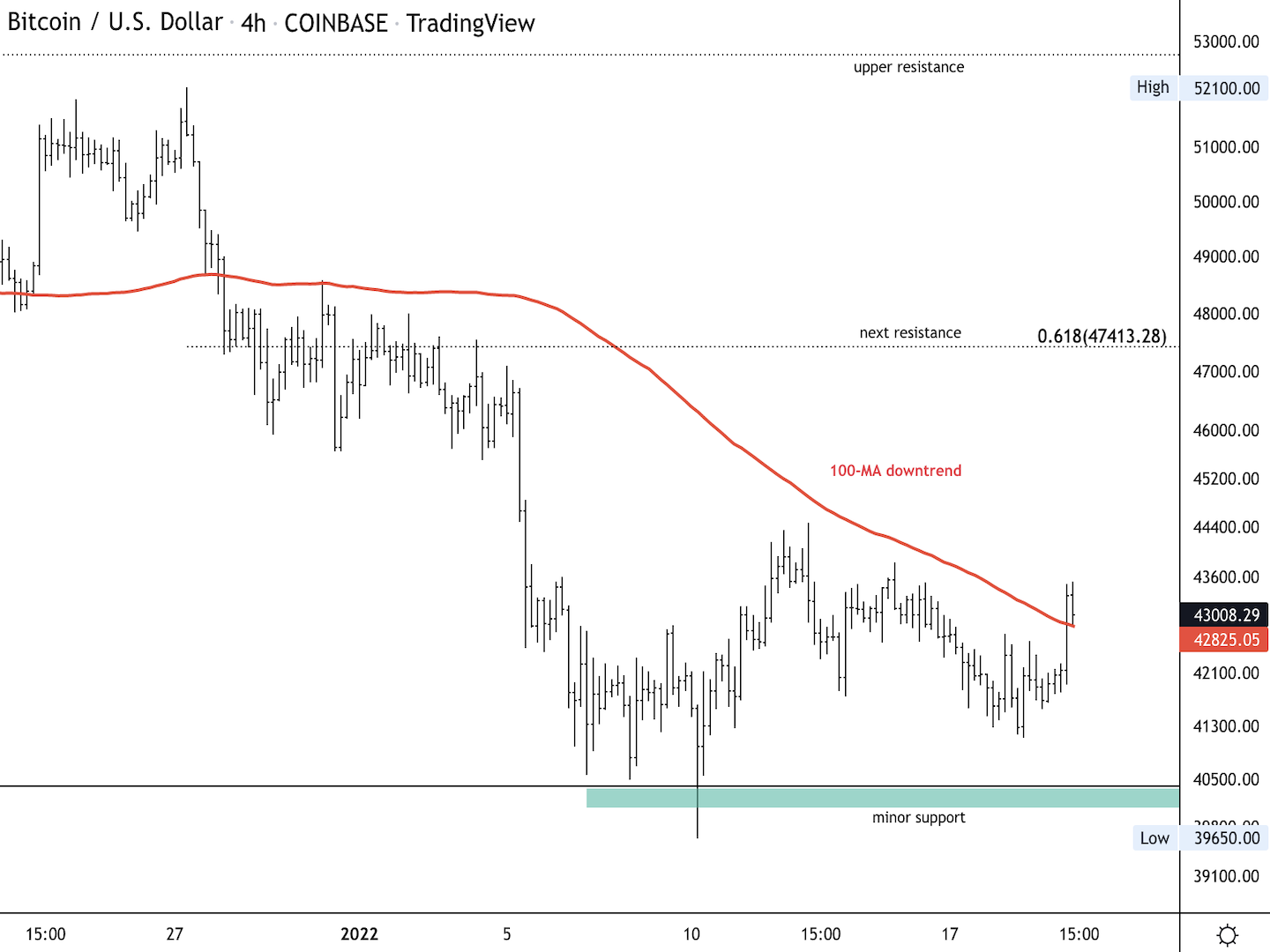 Bitcoin (BTC) buyers are attempting to reverse a short-term downtrend on the charts.

Over the past two weeks, price action has been anchored around the $40,000 support level, which is where buyers previously stepped in ahead of the October price rally.

Still, the cryptocurrency could face resistance around $45,000-$48,000 as intraday signals approach overbought territory.

The 100-day moving average on the four-hour chart is sloping downwards, indicating a declining price trend over the past month. A decisive break above $43,000 could signal a positive trend shift on intraday charts.

On the daily chart, bitcoin appears to be oversold, albeit within a downtrend that began in November. That means upside could be limited given the decline in long-term momentum.