Ethereum price has finally caught up with Bitcoin’s price action by displaying a bullish condition within the Ichimoku Kinko Hyo system. There were some concerns about whether Ethereum was positioning for a bull trap, but those fears were mainly laid to rest.

Ethereum price has experienced some significant whipsaws during the Wednesday trading session. After opening precisely on top of the Cloud at $3,516, it experienced a -5% drop to $3,342 before regaining that total loss and ultimately creating a new daily high. It should be noted that the move from the daily low to the new high has resulted in a nearly 9% gain.

Currently, Ethereum price is in the most bullish Ichimoku condition it has been in since August 7th. A Fibonacci expansion (thick, green line) projects the 61.8% level is at $4,493. This is likely the next target zone for bulls to hit as the next resistance zone. $4,500 is slightly above the prior all-time high and represents a robust psychological level of resistance. However, knowing that the 100% Fibonacci expansion levels have a high positive expectancy rate of being hit, the $6,218 value area may be next. Look for Ethereum’s triple halving may augment any rally beyond $4,500. 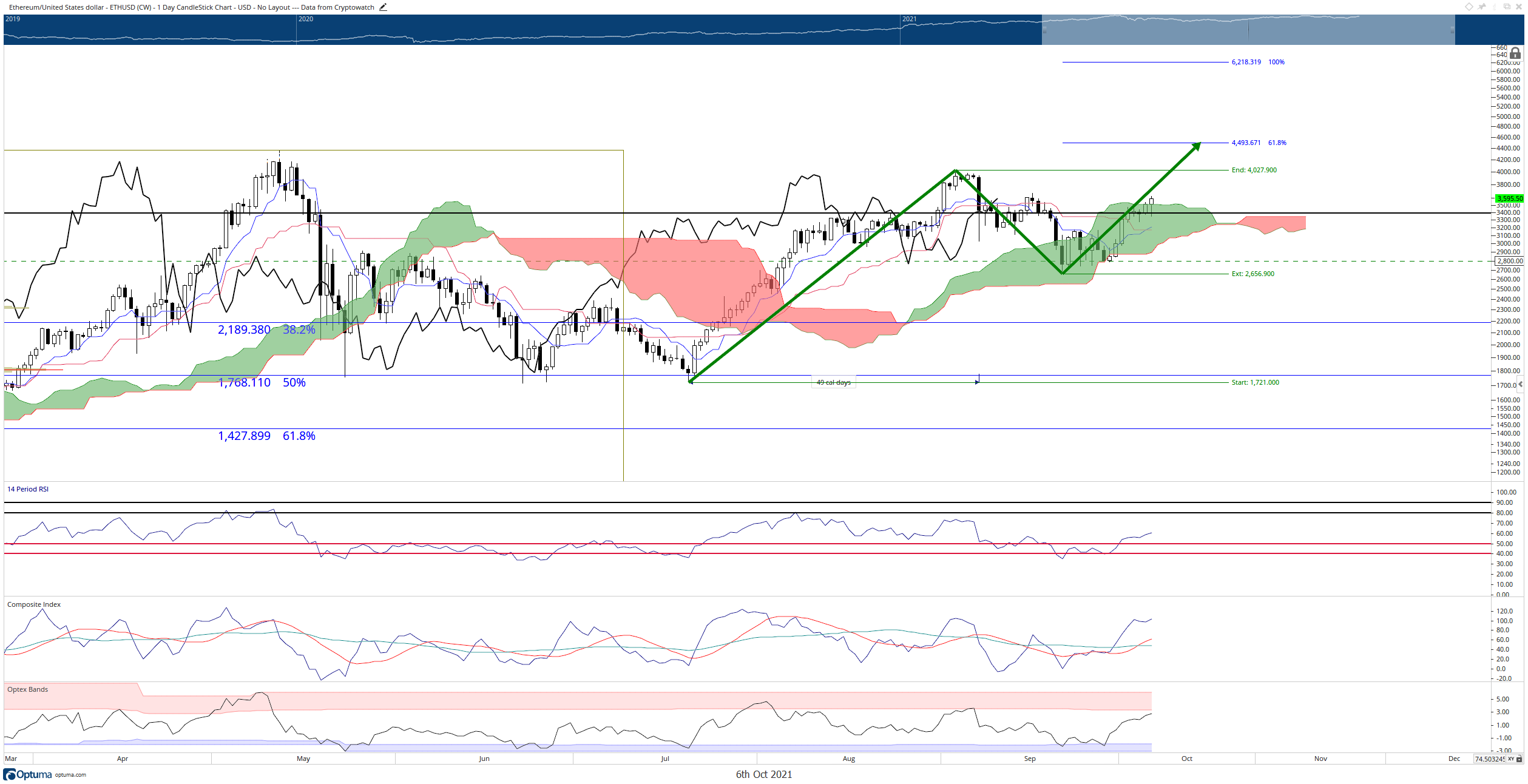 However, bulls should remain cautious as an extended rally from $3,500 is not a foregone conclusion. The daily current daily candlestick is a textbook bearish hammer pattern – indicating a near-term top. Additionally, the Relative Strength Index shows some flattening out against the last overbought level in a bear market (65). Likewise, the Optex Bands are nearing extreme overbought conditions. Ethereum price may be positioned for a spectacular bear trap – especially if Ethereum killer Cardano continues to whittle away at Ethereum’s use case.