Ethereum is currently busy reclaiming the levels last seen on May 20 of this year. There might be more upside to come as long as the ascending trend line originating from August 19 stays intact. That purple trend line has already been tested four times and held each time nicely, keeping buyers in place and squeezing sellers out of their attempts to take over price action in ETH.

Ethereum has its mind set on $3,687 but might face headwinds from profit-taking

The favorable tailwind in cryptocurrencies is helping Ethereum to make a further swing to the upside. Short term, the $3,400-level looks to be the first place where buyers are running into interference from some profit-taking. Most buyers who came too late to the party entered around $3,018, which fell in line with the high from May 20 and created a double top on August 5 and 6. Although ETH was able to break above there, the level got broken a few times to the downside, and buyers had to step in to support the rally higher. 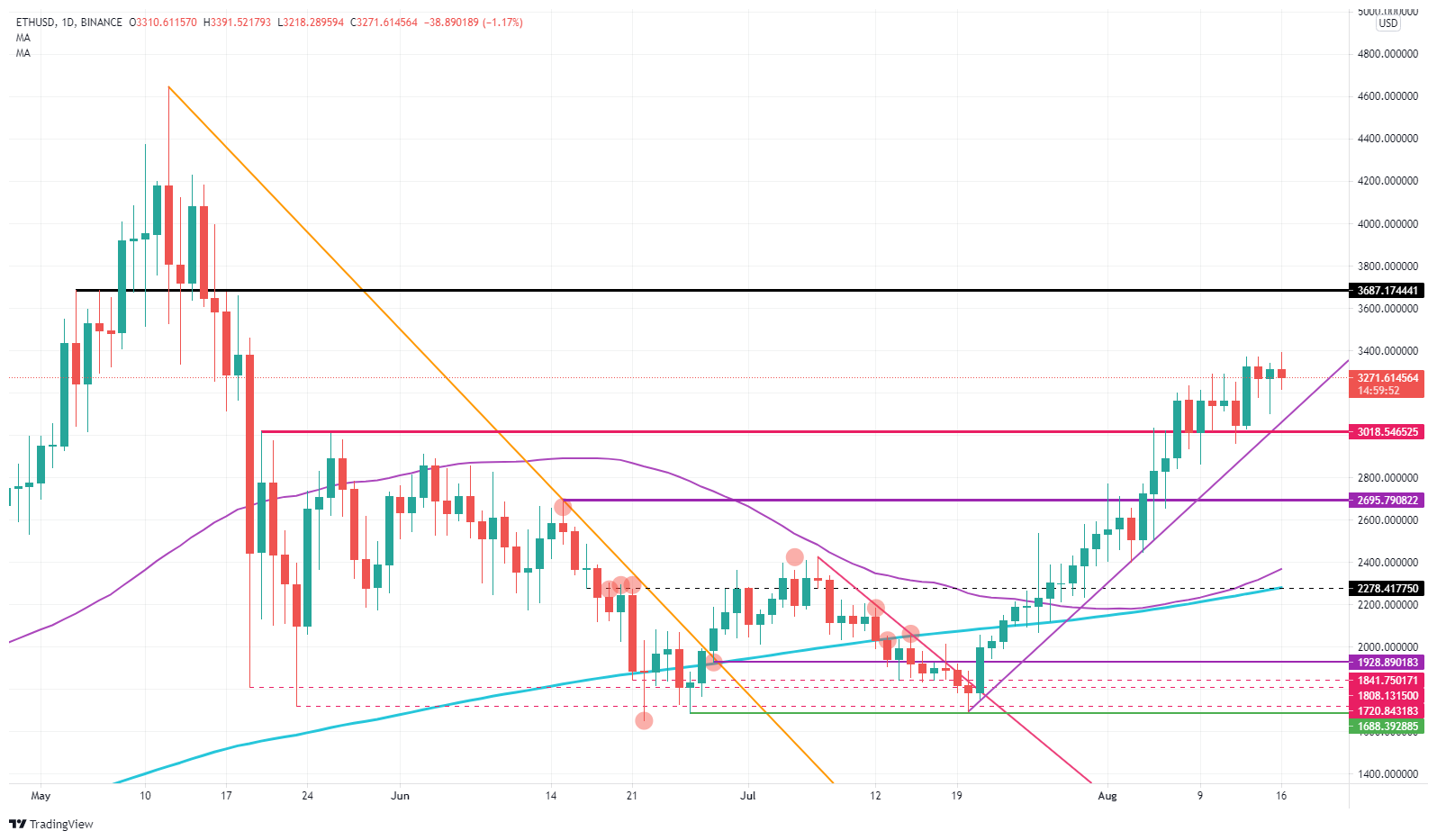 As long as the purple ascending trend line holds, profits can run up toward $3,687 or 12% higher.  Once again, however, there it can start to get tricky with a former triple top formation on May 17. That level will be one to watch where sellers eagerly try to get some short positions in place.

On the downside, it will be imperative that the purple ascending trend line holds. Should that break, expect a quick run toward $3,018. That level, however, looks weak, and a short-term correction toward $2,800 as a psychological level and $2,695 as a technical level could be in the cards.