Ethereum price action shows an interesting setup that forecasts the possibility of a massive move in both directions. However, considering the technical aspects, the probability of a down move appears more plausible for ETH.

Ethereum price sets up three lower highs and two higher lows since January 24. Connecting these swing points using trend lines results in a symmetrical triangle formation. This technical formation forecasts a 34% move in either direction obtained by measuring the distance between the first swing high and low.

However, an upside move is less likely due to the presence of the weekly supply zone extending from $2,927 to $3,413. Moreover, the 50-day Simple Moving Average (SMA) has kept the price capped for the last three months.

Additionally, the 100-day SMA present inside the weekly supply zone makes this confluence a stiff hurdle to overcome. Therefore, a six-hour candlestick close below $2,405 would indicate a breakout and forecasts a 34% crash to $1,578.

ETH bulls might prevent such a steep correction due to the weekly support level at $1,730. 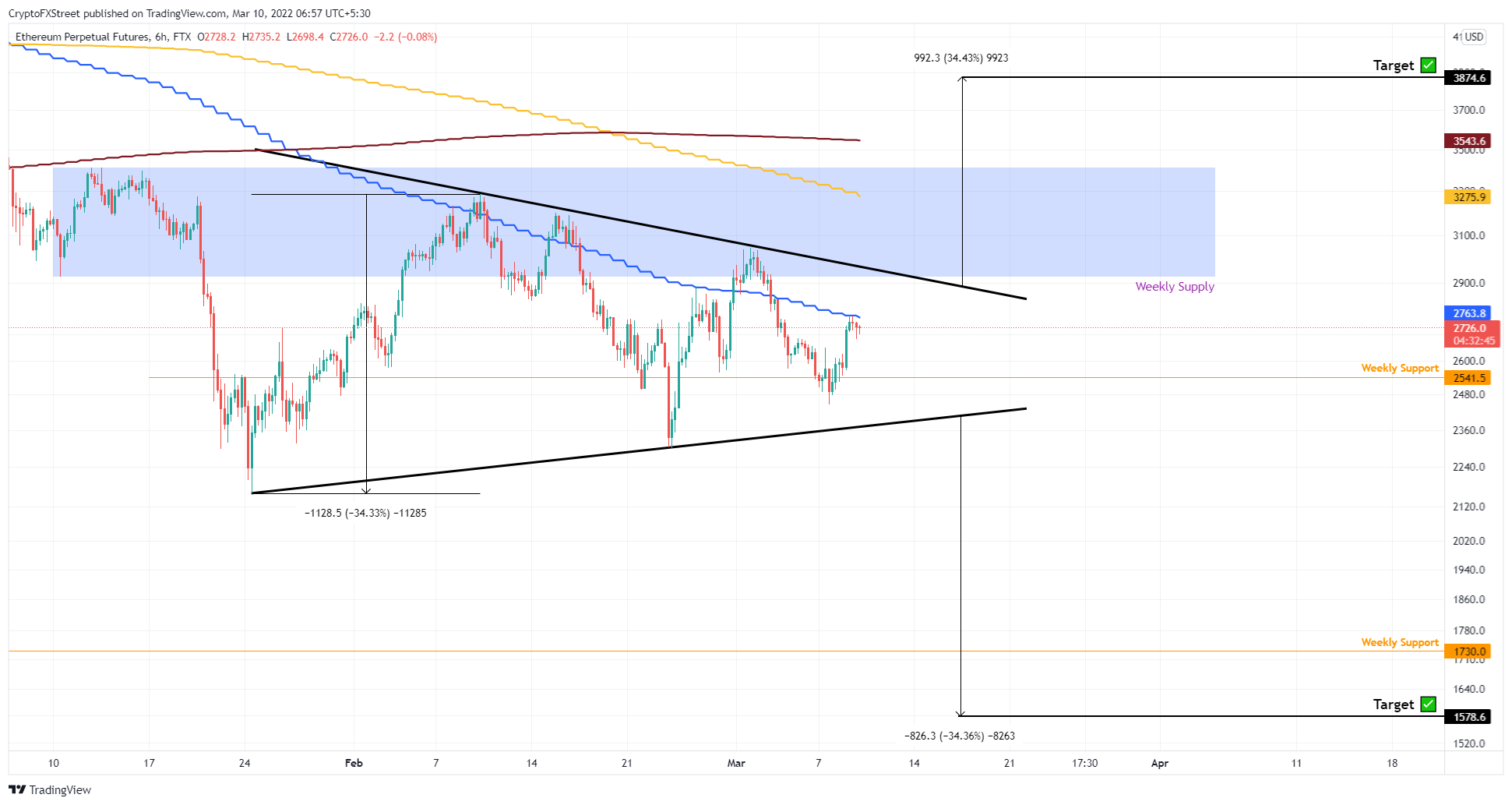 On the other hand, if Ethereum price witnesses a massive surge in buying pressure that kick-starts a bullish breakout, investors can expect the upside to be capped around the 200-day SMA at $3,543 or $3,600.

Any move beyond this level will require a massive inflow of stablecoins or a pileup of bid orders, which is unlikely considering the consolidative nature of BTC and ETH’s correlation to it.