Ethereum price reached a market capitalization of over $200 billion for the first time ever after hitting a new all-time high price of $1,837 on Wednesday. The smart-contracts giant has suffered a slight correction in the past 24 hours and currently trades at $1,753.

Ethereum price can quickly jump to $2,000

Despite the significant increase in value, Ethereum holders have continued to accumulate even more coins in the past two weeks. The number of large holders with 100,000 to 1,000,000 coins has jumped by six since February 6.

Additionally, the number of whales holding at least 1,000,000 coins and at most 10,000,000 also increased by one in the past week. The Eth2 deposit contract now holds 3.018 million ETH coins worth over $5.3 billion. The number of ETH coins locked in DeFi protocols has also hit 7.25 million, a number not seen since November 2020.  With this in mind, Ethereum bulls aim for $2,000 next as there are no significant barriers on the way up.

However, the MVRV (30d) is currently around the danger zone over 25%, which often leads to significant corrections. The nearest support level for Ethereum is located at $1,500, which coincides with the 78.6% Fib level of the October-February rally. 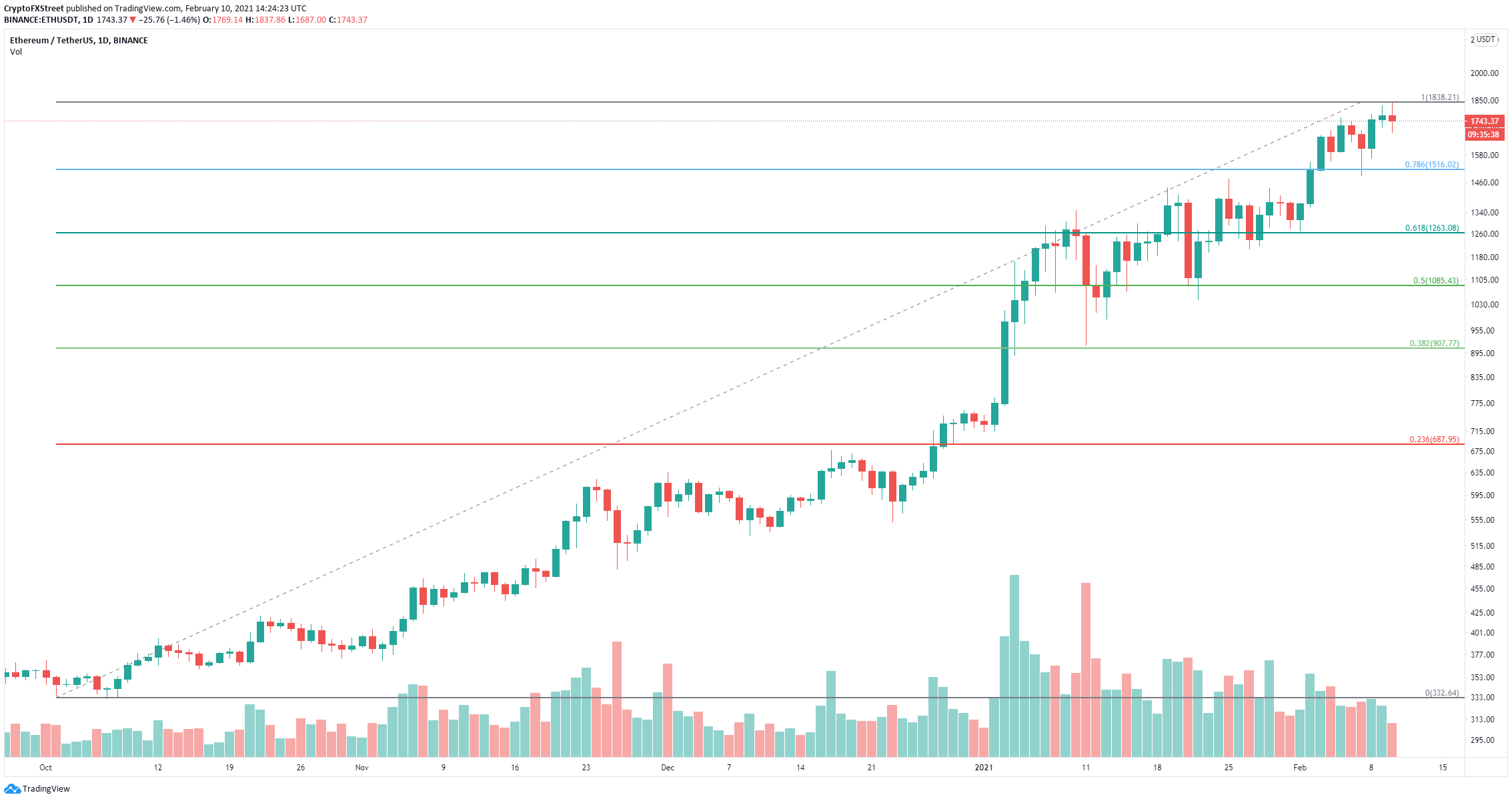 If that level is broken, the next potential price target for the bears will be $1,263, which is the 61.8% level of the same bull run. The lowest level is located around the psychological point of $1,000.