Ethereum price action is preparing for the ECB this afternoon, and if you can judge a book by its cover (in this case a trade by its chart) it looks like the rally is set to continue. Certainly, the idea is that a stronger euro will only trigger more dollar weakness and will see cryptocurrencies rallying on the back of that. The actual unfolding of the event will be much further from the fact, as the 75 bps rate hike is being so hyped up that it will probably turn out to be a buy-the-rumour, sell-the-fact market event.

Ethereum price action is at the mercy of the markets, and more specifically, the European Central Bank this afternoon with expectations for another jumbo rate hike of 75 bp to catch up with the Fed and trim inflation problems in the eurozone. The biggest issue is that the event is even making headlines in the tabloids and mainstream media, which means that the information itself is known, priced in, and can now only disappoint if the rating announcement only meets expectations – or if it comes out below them, at, for example, a 50 bps hike. It is worth considering that the ECB is likely to have issues with hiking too much as this could push a European country into a liquidity crisis, by lifting the rates at which countries need to refinance themselves.

Thus, ETH could be shooting for the stars, but the ECB will be there to throw a spanner in the works. Expect a drop to the monthly pivot at $1,442 as the mighty dollar comes back. Once below, expect to see all gains erased for the week with a leg lower to $1,300. 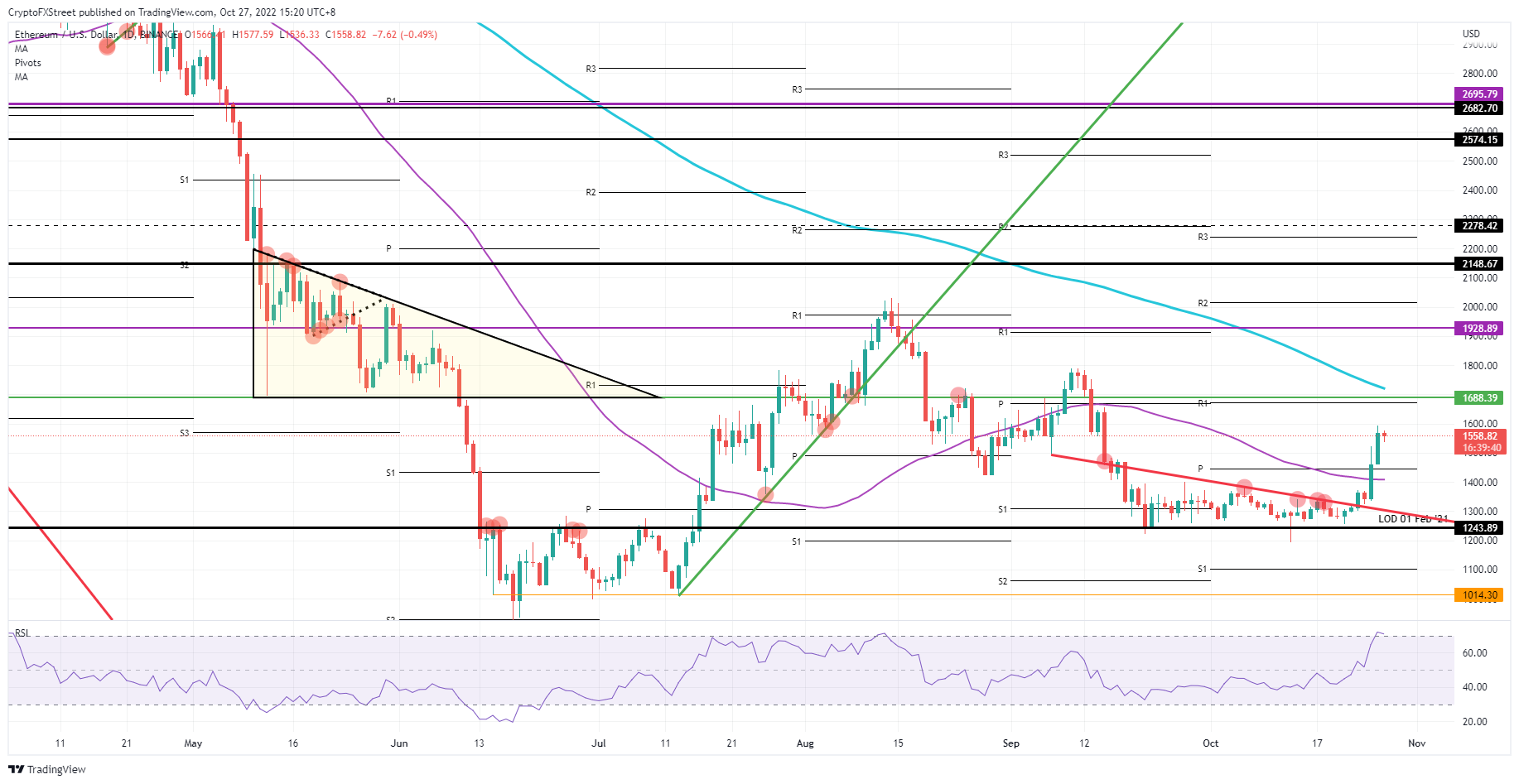 Should the ECB come with a 75 bps hike but issue additional measures in the meantime that address some concerns markets might have on sovereign rates, expect them to see a jump with price action hitting $1,688. There will probably then be a lot of profit taking at that level, with the monthly R1, the historic pivotal level and the 200-day Simple Moving Average all around that same area. Should price action be able to push through there, $2,000 could be forecast for November.