The bearish setup positions Ethereum price to extend the decline toward $2,000.

Ethereum's native token Ether (ETH) rates may fall to a two-month low after it slid below support at around $2,954, based on a classic trading pattern.

The $2,954 level represents a so-called neckline constituting a head and shoulders setup. In detail, the said support level appears to be a floor to three peaks, with the middle one (HEAD) higher than the other two (SHOULDERS).

A breach below the $2,954 level signals a trend reversal, suggesting that ETH/USD may fall by a length equal to the distance between the head's peak and neckline. "I am NOT saying I believe it, and I am saying I am not shorting it — but like it or not, if you own ETH, you will have to deal with it. This possible H&S exists, whether it is completed, fails, or morphs, it exists."

Research conducted by Samurai Trading Academy notes that head and shoulders reach their projected target almost 85% of the time.

Nonetheless, bulls started losing control all over again at the beginning of this week as a wave of selling triggered by a tumult in China's heavily indebted property sector hit crypto and traditional markets alike.

Some analysts anticipate that the Ethereum token would recover again if its price held above historic support levels. For instance, pseudonymous chartist PostyXBT mentioned $2,850 as "an important level" that kept Ether's bullish bias intact.

"Good to see ETH testing a key level of support at the same time as BTC," the Twitterati noted. 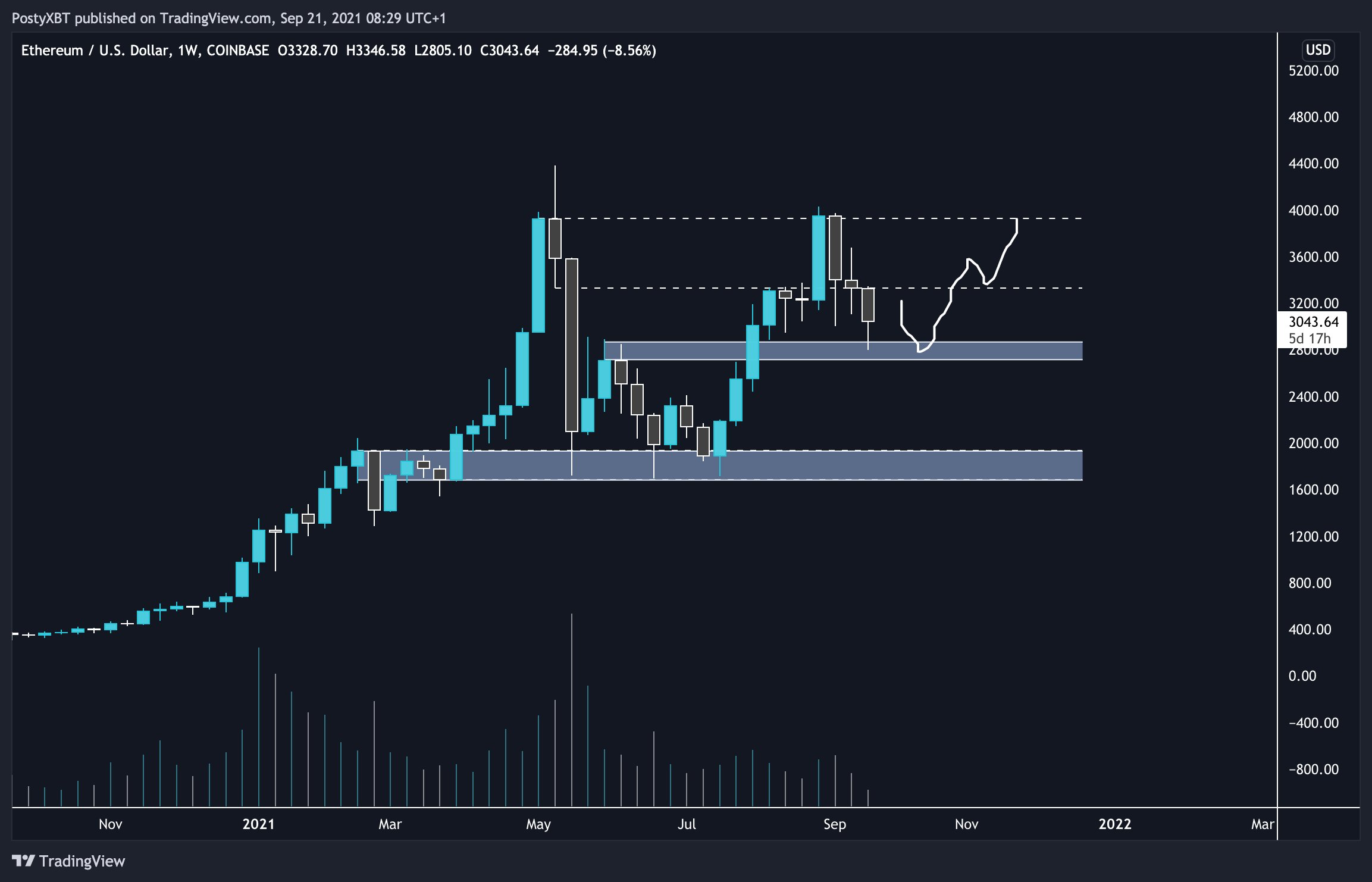 The Crypto Monk, another pseudonymous analyst, added that the latest declines flushed out weak traders and presented opportunities for strong hands to buy and send the Ether prices to a new all-time high.

Brandt also noted that ETH/USD's drop might lead to a potential "bear trap," a technical pattern that occurs when an asset's price performance incorrectly signals an end of a bullish trend. As a result, traders with leveraged short positions could suffer losses should the spot ETH/USD rates rebound.

"I have a strong suspicion that recent weakness, especially overnight, successfully washed out weak longs and might have trapped some bears," Brandt wrote.

"Of course, subsequent price action would need to confirm this."