The cryptocurrency market had a significant recovery in the past 24 hours gaining $150 billion in market capitalization. Elrond price climbed from a low of $120 up to a current price of $138 and aims for more in the short-term.

Only this key level separates Elrond price from hitting $200 again

On the 4-hour chart, Elrond has established a parallel channel that favors the bulls as they have confirmed an uptrend. The key resistance trendline is established at $150 but EGLD also needs to see a candlestick close above the 100-SMA at $137. 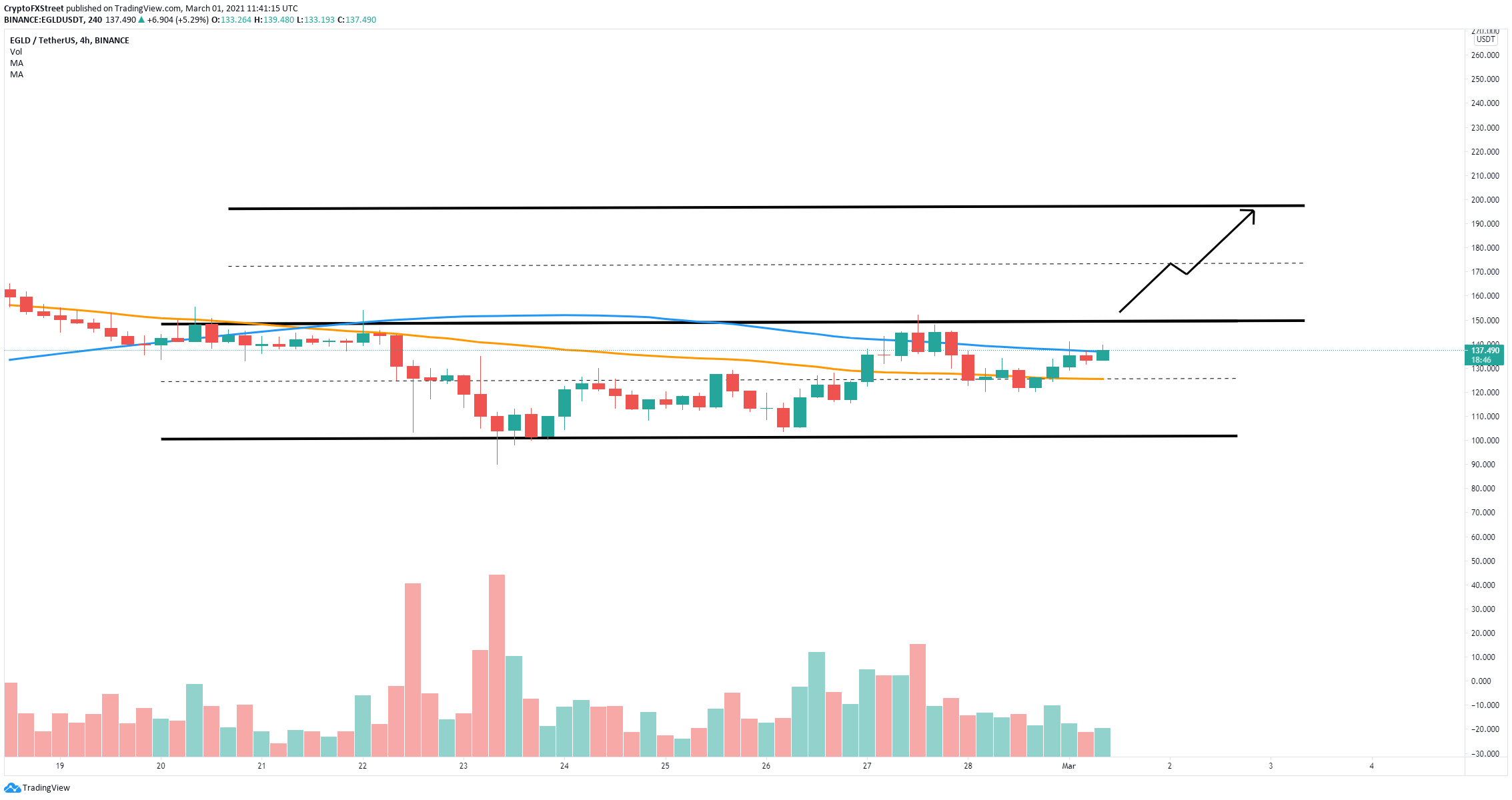 A breakout above the critical resistance point of $150 should push Elrond price towards $170 initially, but up to $200 in the longer-term as there isn’t a lot of resistance to the upside.

On the other hand, a candlestick close below the 100-SMA would be a bearish sign in the short-term which could drive Elrond price down to the middle of the channel at $126, coinciding with the 50-SMA. Losing this support level would push EGLD down to $100.

Chainlink price warns no space for mistakes, as LINK hovers above critical support

Chainlink price stumbles at topside trend line, plunges into support. Weekly bearish momentum divergence at the recent high was a clue that weakness was coming. JustBet will use Chainlink oracles to optimize gaming platforms on the Polygon Network.