Dogecoin price vies for an uptick

Dogecoin price has been on a significant downswing since setting up a swing high on June 2 at $0.448. After a 34% sell-off, DOGE formed a bottom above the support level at $0.293 and looks ready to rally.

However, despite Bitcoin price crossing $40,000, a crucial psychological barrier, altcoins, including DOGE, have failed to perform, suggesting that investors are only interested in BTC.

Assuming a potential spike in buying pressure does arrive, Dogecoin price needs to close above an immediate resistance level at $0.328.

Following this, the meme coin needs to set up a higher high above the previous swing high at $0.355 created on June 9. While this move might serve as an initial confirmation, a decisive close above $0.367 will signal an uptrend’s start.

If this were to happen, Dogecoin price might tag the resistance barrier at $0.399, roughly 22% away from the current position, $0.325. 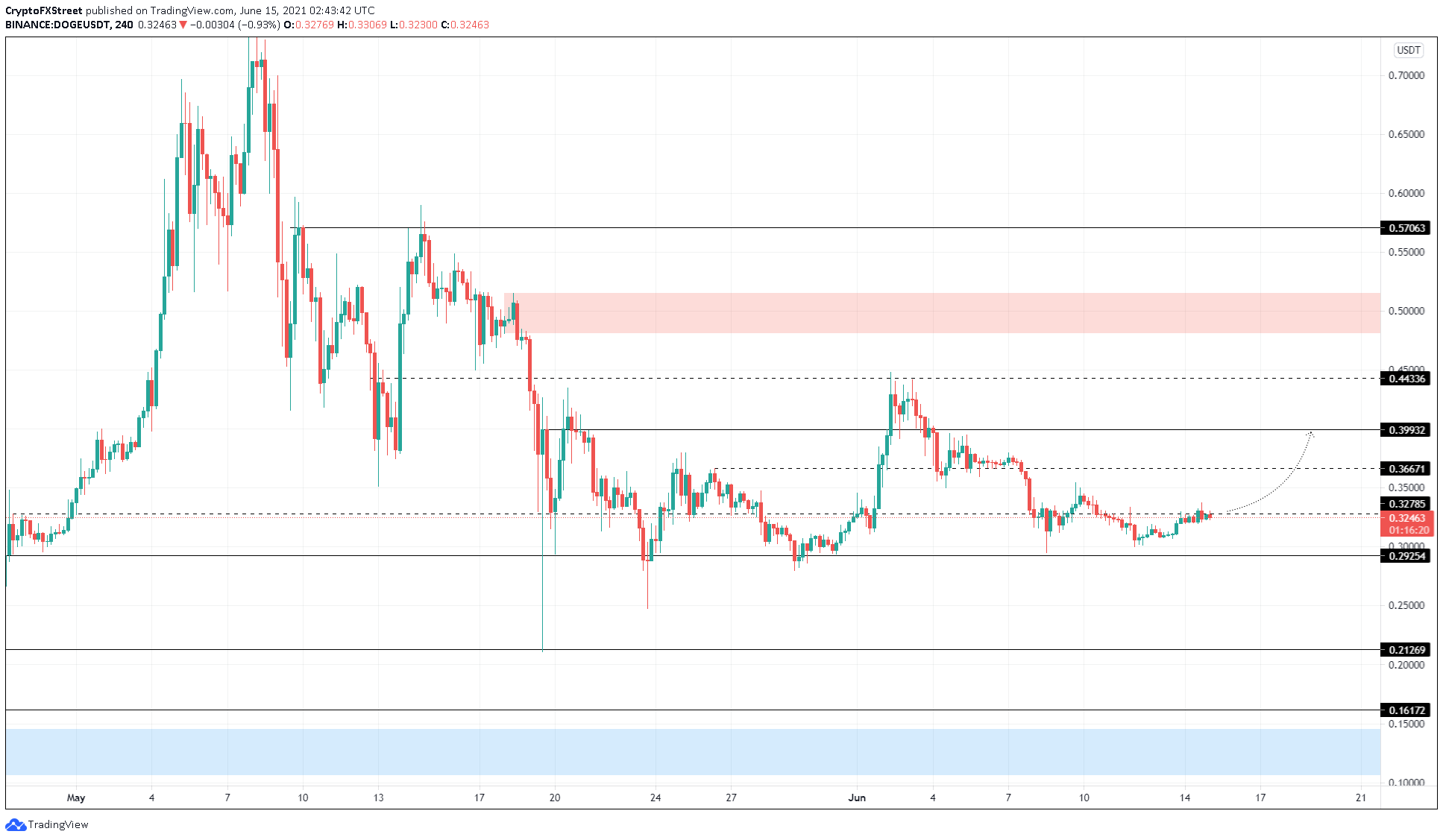 Investors need to note that a failure to rise above $0.367 will indicate that the sellers are not done yet. In that case, DOGE could retest the demand barrier at $0.293.