Dogecoin price has been holding the January rising trend line and the 10-week SMA throughout 2021, despite the noteworthy corrections. Since April, the token-specific price tendencies of DOGE have negatively correlated with BTC on the weekly chart. However, the last time there was a negative correlation, it was followed by a remarkable DOGE rally of 2,800%. Can we expect such an advance again?

Dogecoin price may close today with another inside week

Dogecoin price looked primed for a new rally to the all-time high on June 4 after consecutive days of double-digit returns that propped DOGE on top of the rising 50-day SMA. It ended a multi-week descending channel.

Like May, Dogecoin price turned lower again in June within the confines of a new descending channel that has carried DOGE below the January rising trend line and the important 10-week SMA, a moving average the digital asset has held since October 2020. Thus, dogecoin price is in a technically precarious position.

Yes, it is a sample size of 1, and the negative correlation could flip positive quickly if Bitcoin turns south again. Nevertheless, it cannot be ignored as the cryptocurrency and the cryptocurrency complex rest at a pivotal moment. 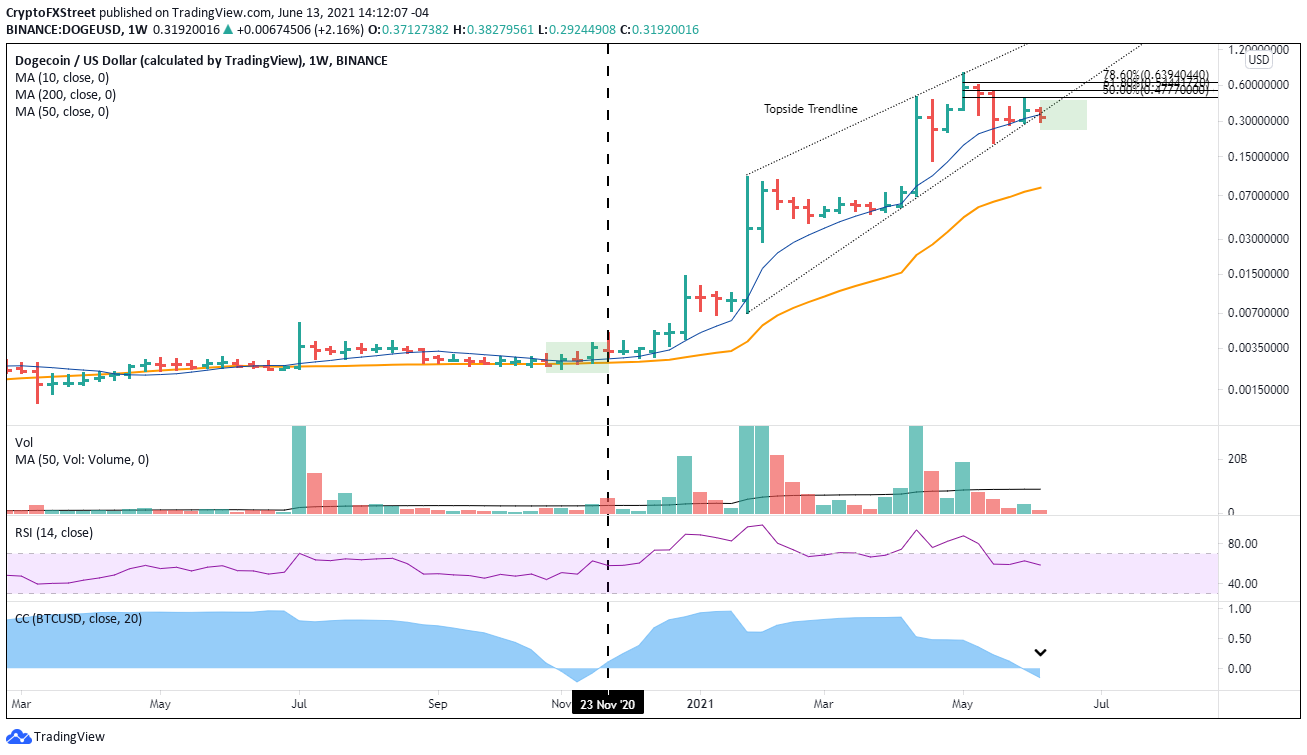 On the downside, a close below $0.295 may unleash a new wave of heavy selling that would target the May 19 low of $0.195, communicating a 30% loss from the current price.

Unless a significant wave of buying pressure overtakes Dogecoin price, the digital token will close today below the trend line and 10-week SMA. Yet, the official change in trend does not guarantee significant losses moving forward as the negative correlation with BTC could tell that higher prices are only a few weeks away if the 2020 precedent repeats.

In the following video, FXStreet's analysts evaluate where Dogecoin price could be heading next as DOGE forms a reversal pattern.