Dogecoin price is at a make-or-break point, where a decisive close below a certain level would ignite a shift in momentum from bullish to bearish.

On the 4-hour chart, Dogecoin price shows a slew of higher highs and higher lows being formed since April 28. As this meme-themed cryptocurrency approaches a stiff resistance barrier at $0.423, the outcome seems to be shifting toward the bears due to the formation of a lower high.

While the recent swing high is not set in stone, a decisive close below $0.362 will confirm that a downtrend is nigh.

If the second swing point is also a lower high, it will seal DOGE’s fate and result in a sell-off to the demand zone that ranges from $0.293 to $0.327.

Interestingly, the 50 and 100 four-hour Simple Moving Averages (SMA) at $0.31 and $0.30 are present around the lower end of this area of support. Therefore, investors could expect Dogecoin price to give the upswing narrative another chance. 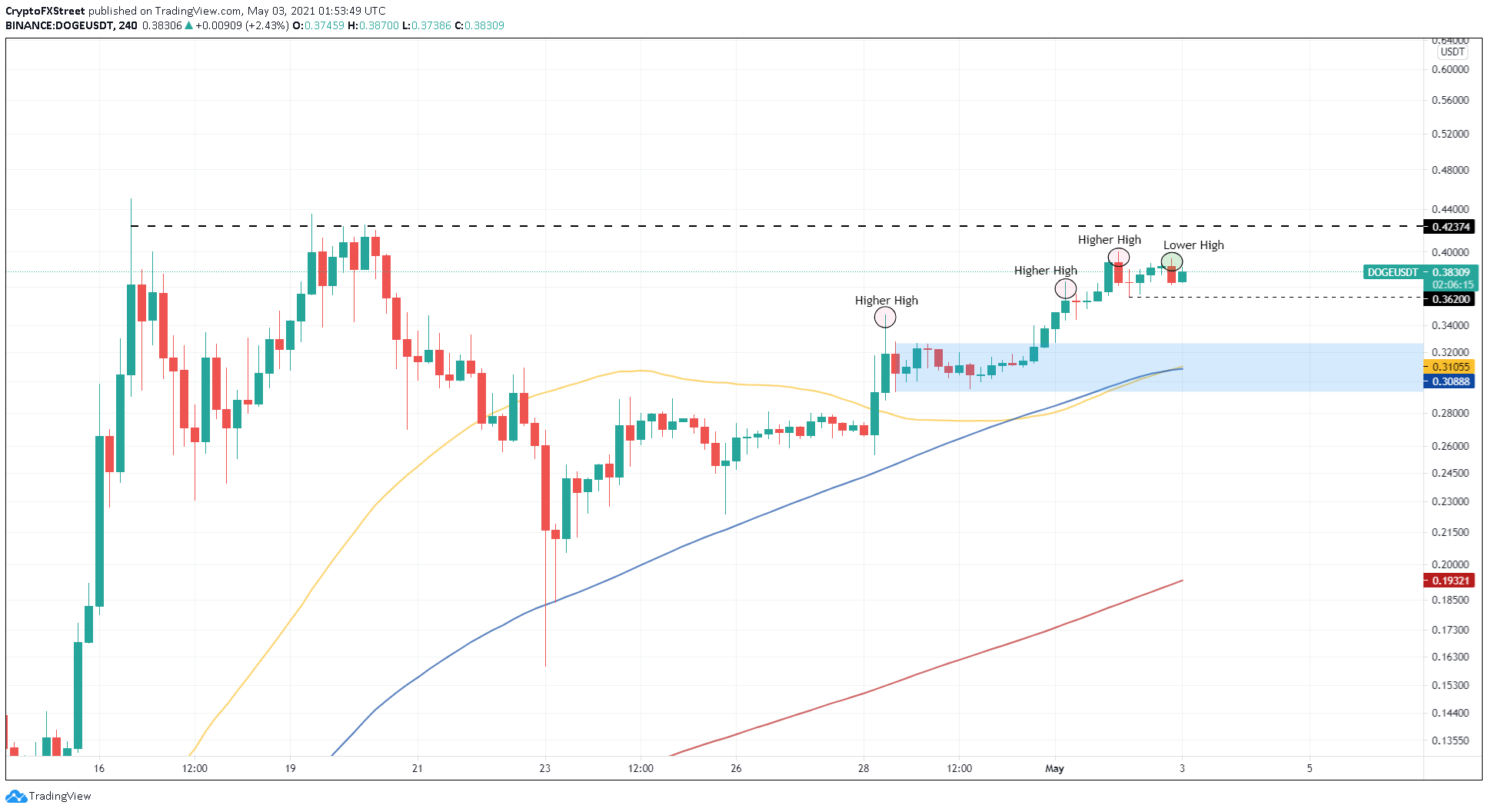 Market participants should note that the current 4-hour candlestick has not closed yet. Therefore, a close above the previous high at $0.399 could render the bearish thesis null and void.

Moreover, Dogecoin price is known for its celebrity-induced pumps. Hence, if something similar were to happen, DOGE could ignore these bearish signals and pump higher.