Dogecoin price had another surge in the last three days jumping toward $0.348. The digital asset still aims for new all-time highs and it’s only facing one critical resistance level at $0.32.

Dogecoin price must overcome this barrier for new all-time highs

On the daily chart, Dogecoin price formed a bull flag which could be on the verge of a breakout. The most significant resistance level is formed at around $0.32. A daily candlestick close above this point would confirm a breakout. 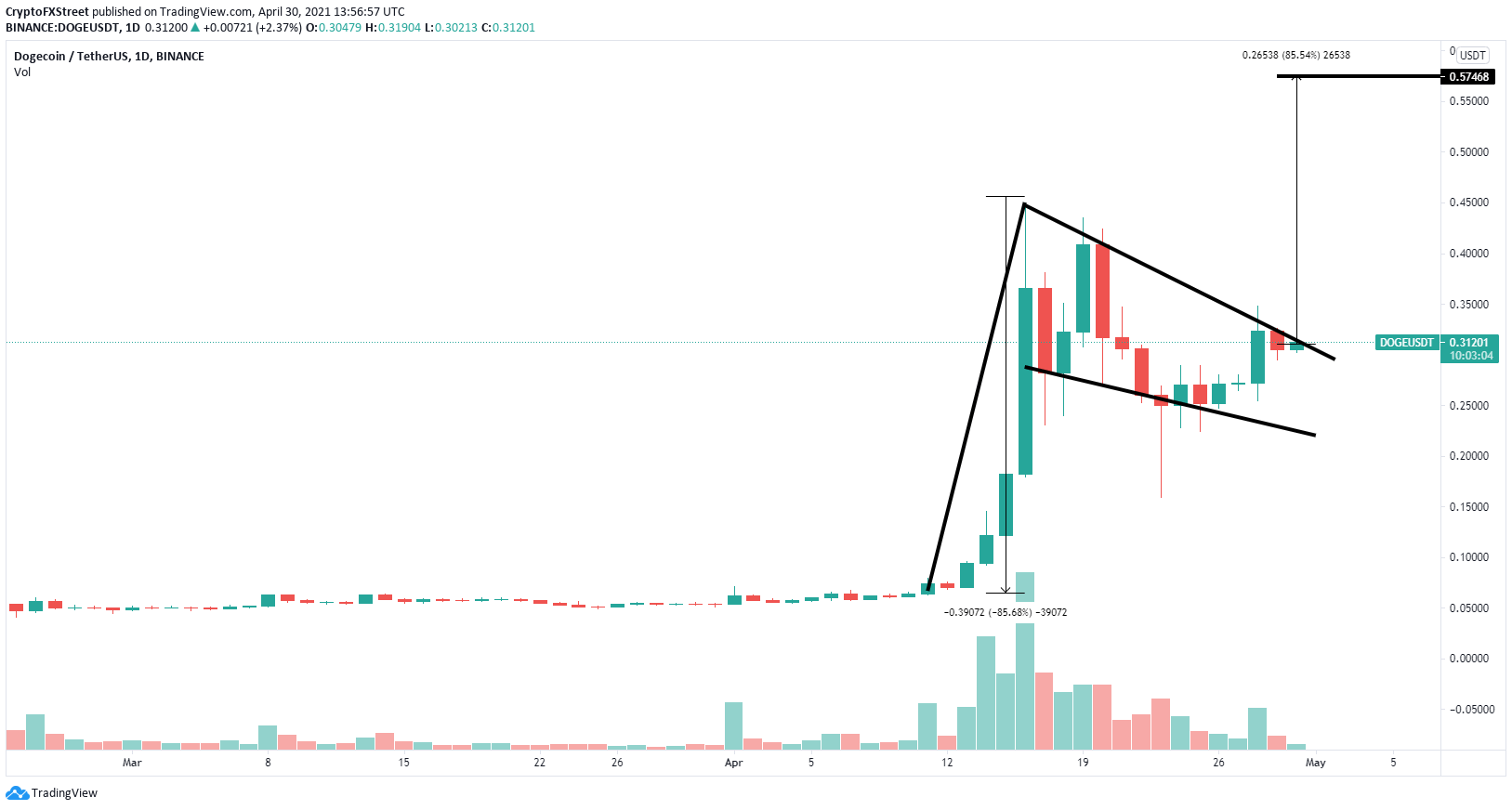 This breakout has a price target of $0.57, which would be a new all-time high. There is only one in-between target at $0.45.

Additionally, on the 4-hour chart, Dogecoin formed an ascending triangle pattern which can be drawn with an upper horizontal trend line and another one connecting the higher lows. The resistance level coincides with the one above at $0.32. 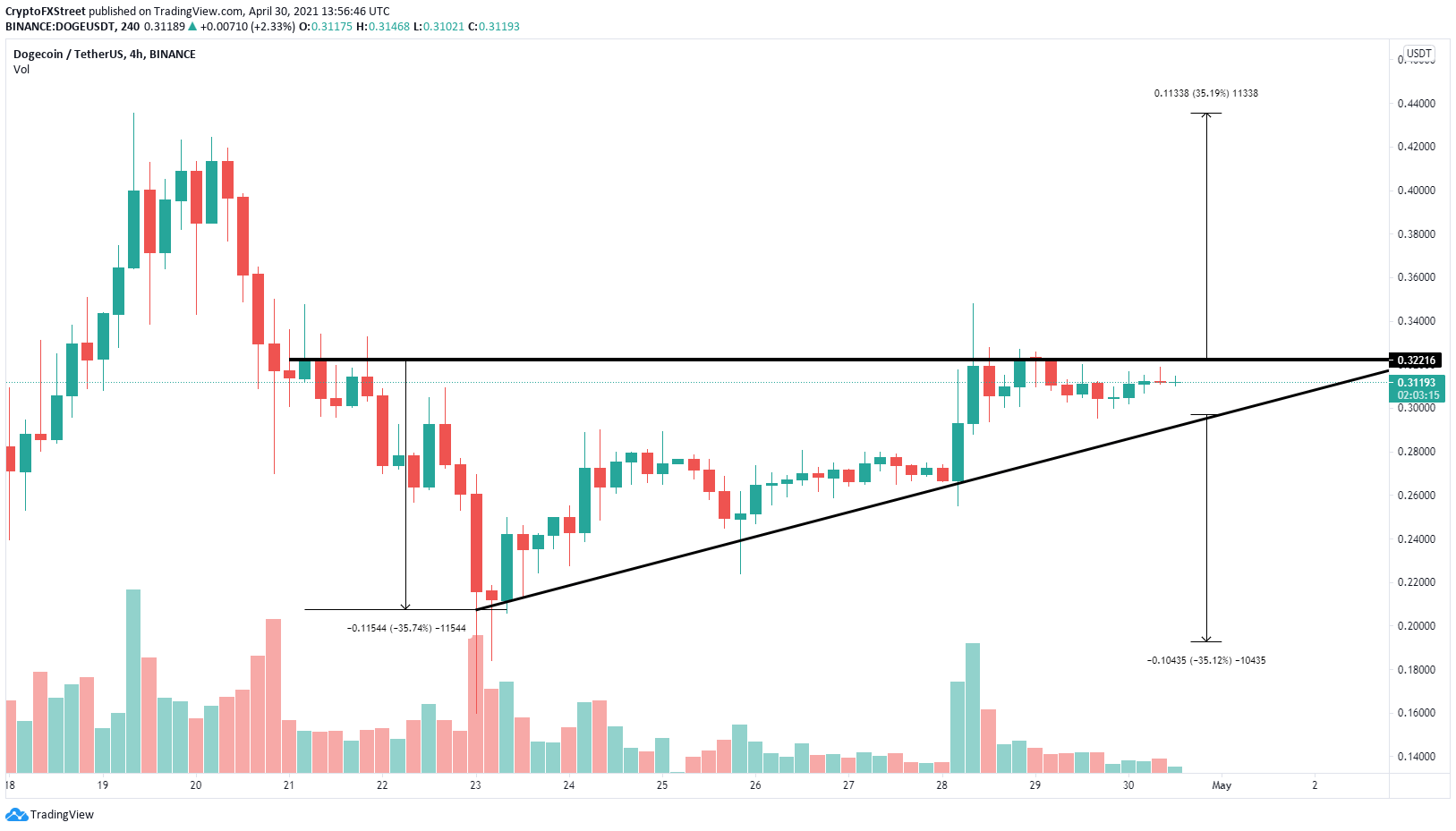 However, if Dogecoin price gets rejected at the top, it can quickly fall toward the lower boundary of the pattern at $0.29. A 4-hour candlestick close below this point would confirm a breakdown with a 35% price target at $0.193.