Dogecoin price shows a lack of momentum despite its competitor, Shiba Inu, rising over 200% in roughly a week. Moreover, the overall bearish structure of the market also indicates that DOGE could be due for a correction.

Dogecoin price has been on a slow and steady trend up as it rose roughly 40% over the past week. However, this uptick in price faced a massive resistance around the 50% Fibonacci retracement level at $0.272. Due to weak buying pressure, DOGE has retraced roughly 9% so far but shows signs that it will head lower.

However, the support area ranging from $0.213 to $0.23 will be crucial in deciding the short-term directional bias for the meme coin. A breakdown of the $0.213 demand level will indicate increased selling pressure and confirm the start of a 20% downtrend to $0.193.

This bearish outlook is partly driven by the structure of the big crypto, which looks weak and the recent surge in popularity of DOGE competitor Shiba Inu, which has rallied roughly 230% over the past week. This sudden uptick in SHIB might have caused users to migrate over to the DOGE-killer.

Therefore, investors need to be careful of an impending corrective wave. 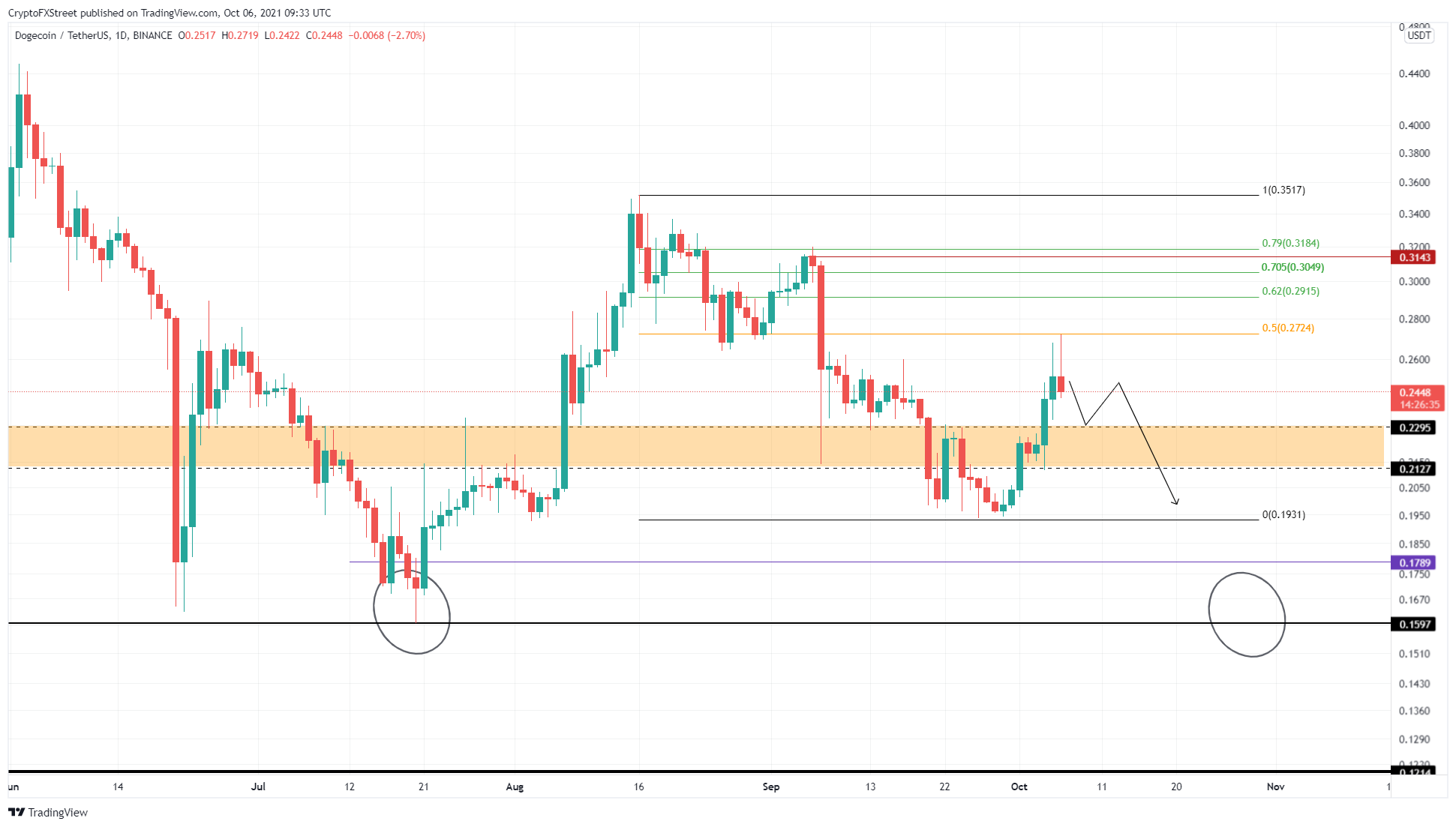 On the other hand, if the Dogecoin price fails to slice through the support area extending from $0.213 to $0.23, it will denote a strength among buyers. A decisive close above $0.272, coinciding with the 50% Fibonacci retracement level, will invalidate the bullish thesis.

In this situation, investors can expect DOGE to continue its ascent to retest the 70.5% Fibonacci retracement level at $0.305.