Dogecoin price is taking a breather after gaining more than 40% at one point during yesterday’s trading session. The price action during the Friday trade is standard after such a significant spike. With the close of yesterday’s candlestick above the Cloud, Dogecoin is ready to push towards $0.50.

Dogecoin price has certainly been an exercise in patience for bulls. On October 24th, Dogecoin closed above the Cloud in a very bullish manner. The close on the 24th also confirmed that Dogecoin achieved a bullish Ichimoku entry known as the Ideal Bullish Ichimoku Breakout. Instead, sellers stepped in and pulled the rug out from under the buyers.

That all changed on Thursday with Dogecoin catching a massive bid and a flood of new volume denied short-sellers their opportunity. One of the most important results of the big spike is where the Tenkan-Sen and Kijun-Sen were positioned: just above the Cloud. This means that Dogecoin has a massive support structure between $0.27 and $0.28, support that is likely to hold against any near-term short-selling pressure. The next move up for Dogecoin will be to target the $0.50 level. 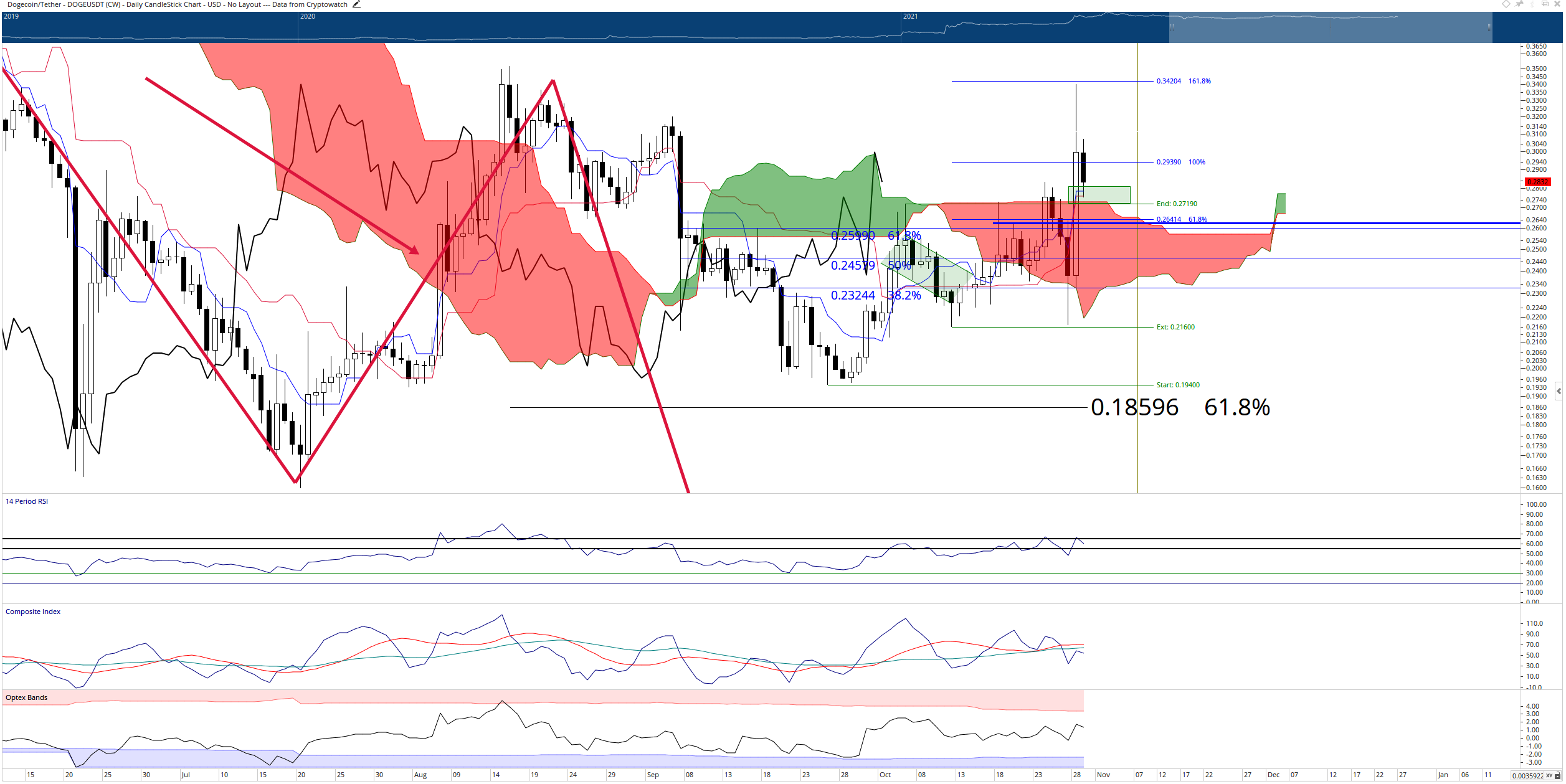 However, the weekend is approaching, and with it, reduced volume and increased volatility. As a result, buyers will want to be wary of a bull trap developing. The current bullish sentiment and outlook will be invalidated if sellers can push Dogecoin below the 38.2% Fibonacci retracement at $0.23.