Lending protocol Aave will be looking to launch a decentralized social media platform as an alternative to Twitter on the Ethereum blockchain.

The decentralized finance lending platform will be enabling users to monetize their content on the Twitter alternative coming later this year.

While Aave is a well-known DeFi protocol that allows users to lend and borrow digital assets through its smart contracts running on Ethereum, this would be the first time for the lending platform to delve into the social media industry.

The announcement was sparked by Twitter CEO Jack Dorsey when he announced plans to create a new business division through his payment firm, Square, to build decentralized financial services with a focus on Bitcoin.

Dorsey stated that the new business arm would be focused on building an open developer platform to make non-custodial, permissionless DeFi services easier.

Stani Kulechov, the founder of Aave, responded to Dorsey’s tweet, stating that the DeFi protocol “should build Twitter on Ethereum.”

At the time, it was not made clear whether Kulechov’s statement was a concrete plan. However, Decrypt later confirmed this to be the case. According to the crypto news outlet, Kulechov aims to find solutions for social media issues, including censorship and the exploitative monetary structure that do not necessarily benefit users.

Kulechov explained that the revenue that Twitter receives is through its users and that the social media giant is a centralized authority that decides what content gets traction through its innate algorithm.

He further noted that alternatives to Twitter exist, but none of those that are decentralized have gained popularity.

Aave price has been sealed in a descending parallel channel since July 6 on the 4-hour chart. AAVE recorded its local high while showing signs of being in overbought territory, demonstrated by the Relative Strength Index.

AAVE trading volume is declining as Aave price continues to drop, faced with rejection from the 20 four-hour and 200 four-hour Simple Moving Averages (SMA) at $259.

Now, Aave price heads lower in search of support at the lower boundary of the parallel channel, aiming to tag $236. Should this level fail to act as a line of defense for the DeFi token, AAVE is vulnerable to a plunge toward the demand zone that extends from $223 to $234. 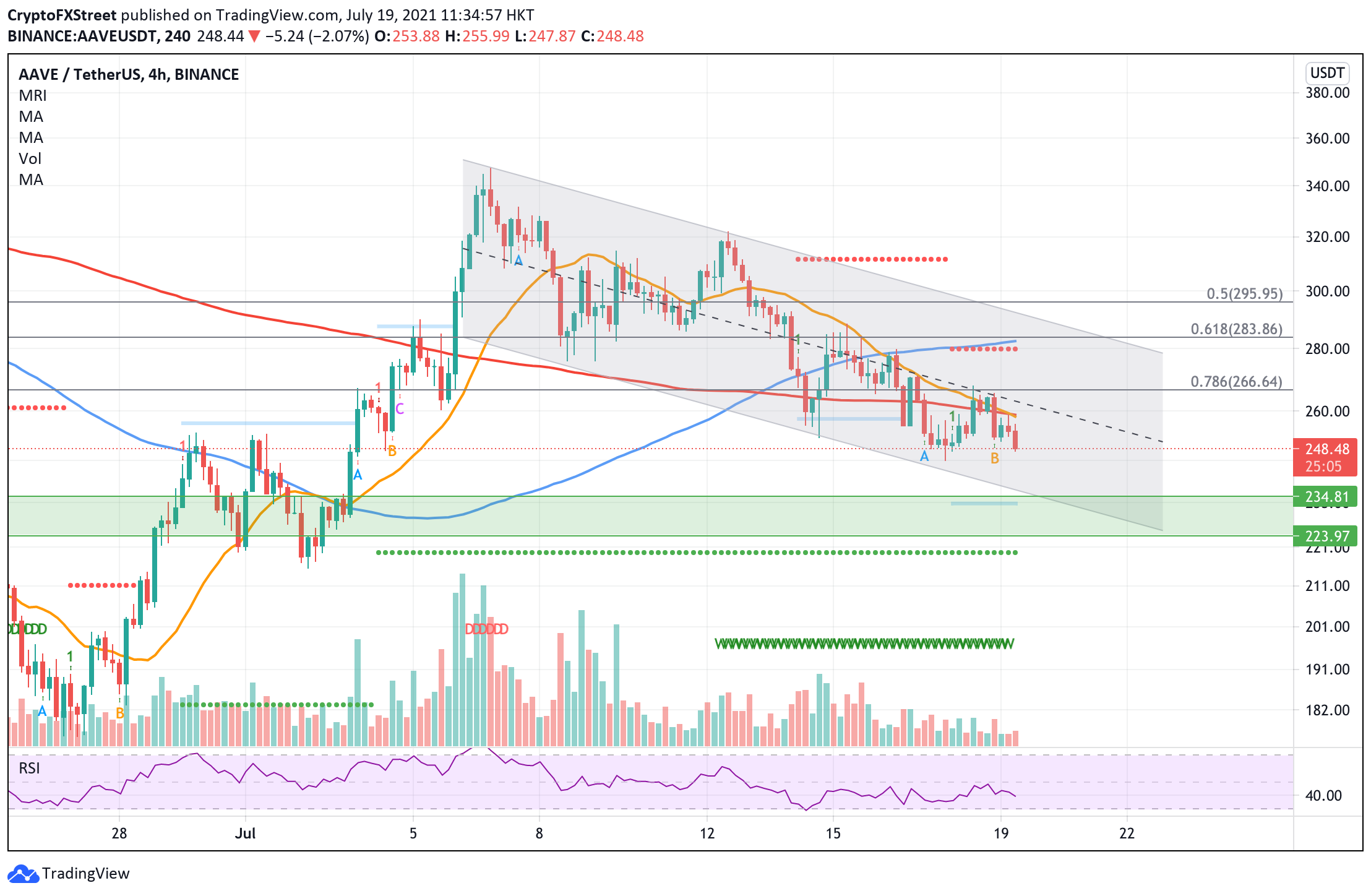 XLM price continues to pull back from the highs it made on Saturday. There are growing concerns regarding its ability to maintain its present momentum. XLM price has a very bullish set up on its $0.01/3-box Point and Figure chart.

Dogecoin price has gained as much as 15% during the Monday sessions, outperforming nearly all significant cryptocurrencies. Roughly half of that gain has been retraced, but buyers show resilience in maintaining a stable trading range near ...

Cardano price has been a source of frustration for bulls and bears. Multiple setups and positions for bearish and bullish breakouts have been rejected, with the ultimate result being continued constriction in price action.