Looking at the daily chart, DSHUSD is still  on the rise, unfolding five waves up from March 2020 lows, but we can see it now trading in wave (5) after a running flat correction in wave (4). However, there's still room for more upside towards 400-500 area, but be aware of limited gains and watch out for a higher degree corrective decline, as we know that after every five waves, a three-wave setback follows. 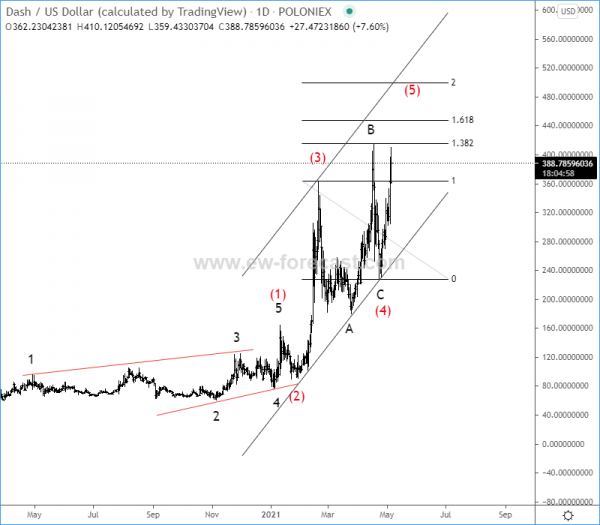 On 4h chart, DSHUSD remains under bullish pressure and it's trying to continue higher back to highs for wave (5), ideally within a new five-wave cycle, where waves 4 and 5 are still missing. So, it can ideally stop somewhere in the 400-500 area and from where we should be aware of deeper, higher degree corrective decline. 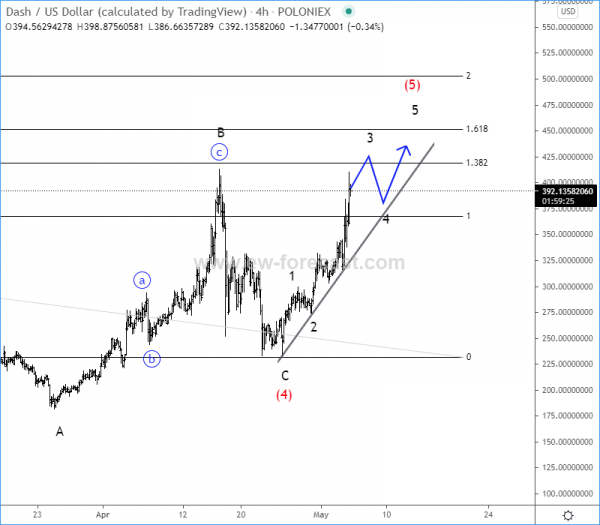