Regulations are slowly becoming part and parcel of the cryptocurrency industry. Experts believe that fair guidelines are critical to the success and future of the blockchain technology and its products. However, excessive regulation is likely to stifle innovation and growth in the sector.

Yesterday, Tuesday 11 was a big day in terms of regulation for the crypto assets and the community at large. The United States Securities and Exchange Commission (SEC) took action against two blockchain companies. The authority announced that it has taken action (first of its kind) after it found “an investment company registration violation by a hedge fund manager based on its investments in digital assets.” The company mentioned is based in La Jolla, California and concentrates on the management of investment portfolios in the field of cryptocurrency and other related assets. The authority said in clarification:

“The SEC entered an order finding that Crypto Asset Management LP (CAM) offered a fund that operated as an unregistered investment company while falsely marketing it as the ‘first regulated crypto asset fund in the United States.”

The order detailed that the firm raised over $3.6 million in a period spanning 4 months. The funds were collected towards the end of 2018 and during the time it lied to investors that it was regulated by the SEC.

“By engaging in an unregistered non-exempt public offering and investing more than 40 percent of the fund’s assets in digital asset securities, CAM caused the fund to operate as an unregistered investment company,” the SEC continued with the explanation.

Moreover, the SEC took another action on the same day against the ICO Superstore alongside its owners. The authority said in regards to owners, Lenny Kugel and Eli L:

“This is the SEC’s first case charging unregistered broker-dealers for selling digital tokens after the SEC issued The DAO Report in 2017 cautioning that those who offer and sell digital securities must comply with the federal securities laws.”

What is ailing Ethereum (ETH)?

Ethereum has extended declines below $200, besides it is down more than 6% on Wednesday. The digital asset continues to deflate while Bitcoin (BTC) is finding stability above $6,200. Ethereum is trading at $173 after slight recovery from $168. Ethereum is still in danger for further declines towards $150 unless a support above $180 comes into play in the short-term. 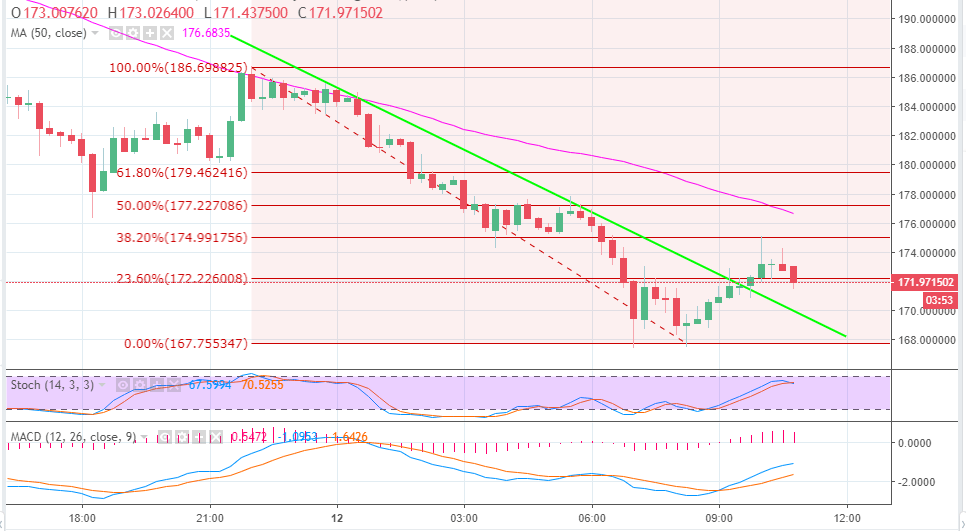 In the news related to Ethereum, Raymond Dearie, U.S. federal judge ruled on Tuesday 11 denying a motion to dismiss a case against a couple of ICOs that are under the securities laws. The ICOs have been executed by Maksim Zaslavskiy, a resident of Brooklyn. The judge said during the ruling:

"Stripped of the 21st-century jargon, including the defendant's own characterization of the offered investment opportunities, the challenged indictment charges a straightforward scam, replete with the common characteristics of many financial frauds."

This action is said to have added holes to an already deflated Ethereum pressure ball leading to a tailspin towards $150. Consequently, this could also be view as positive news in that ICOs are covered by the federal law of securities. However, Ethereum needs to find a support above $200 and focus on higher levels to avoid these frequent dips below heading to $150.