Bitcoin has been the dominant leader for the most part of this recent rally. However, it seems that Ethereum bulls are finally awakened and have pushed the digital asset towards a high of $745, not seen since May 2018.

Despite Ethereum price skyrocketing in the past few days, the number of coins inside exchanges is still declining, which indicates it is going out to other platforms, decreasing the selling pressure. 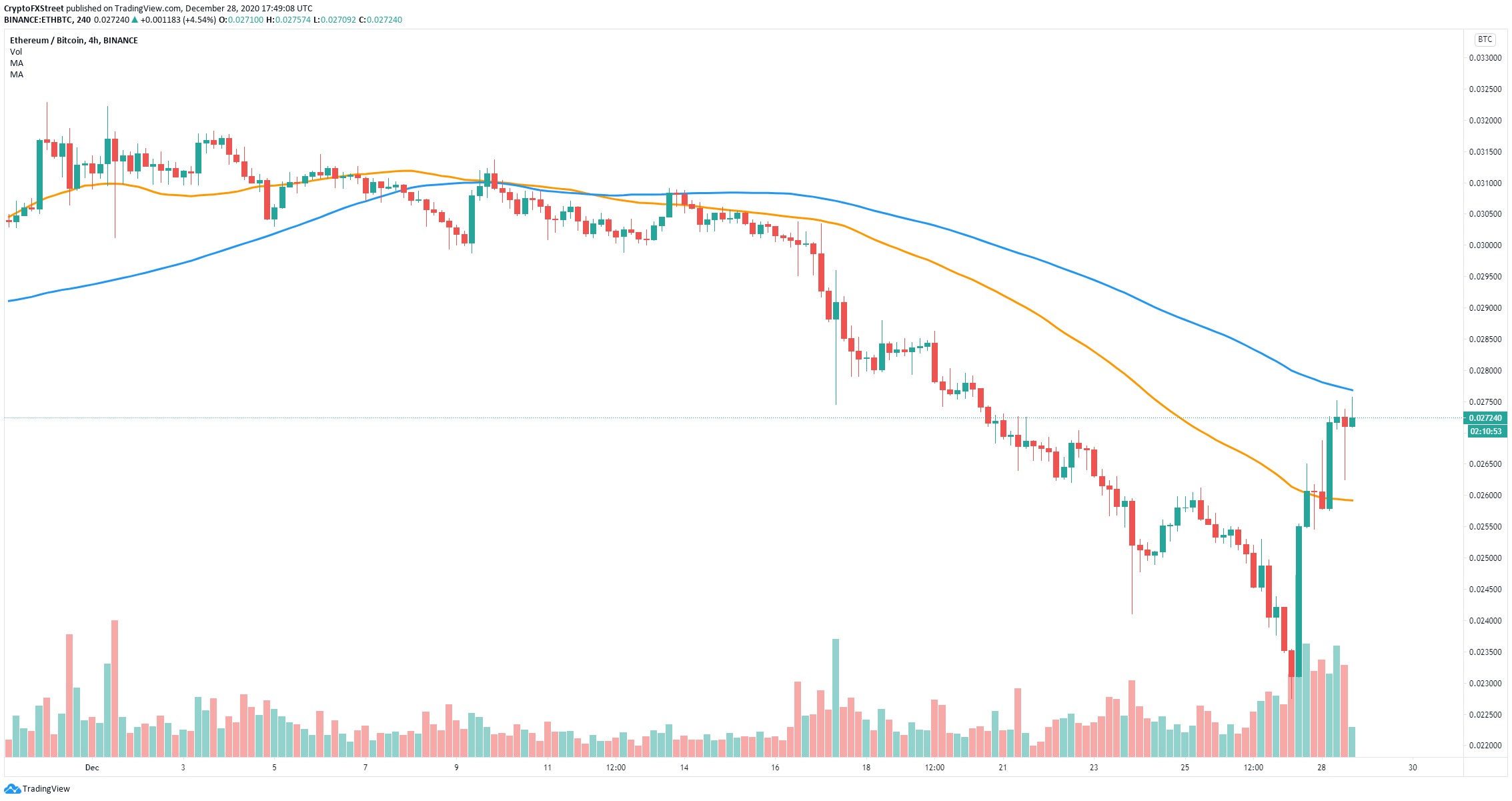 Cardano price ready for a 25% breakout towards $0.22, according to technicals

Cardano has been trading inside a parallel channel for over a month and it’s getting closer to a breakout. Bulls have managed to secure several critical support levels and are now ready to push ADA above a key resistance point.

On the 4-hour chart, Cardano has established a parallel channel and bulls have pushed the digital asset above the 50-SMA, 100-SMA, and 200-SMA, turning all three into support levels. 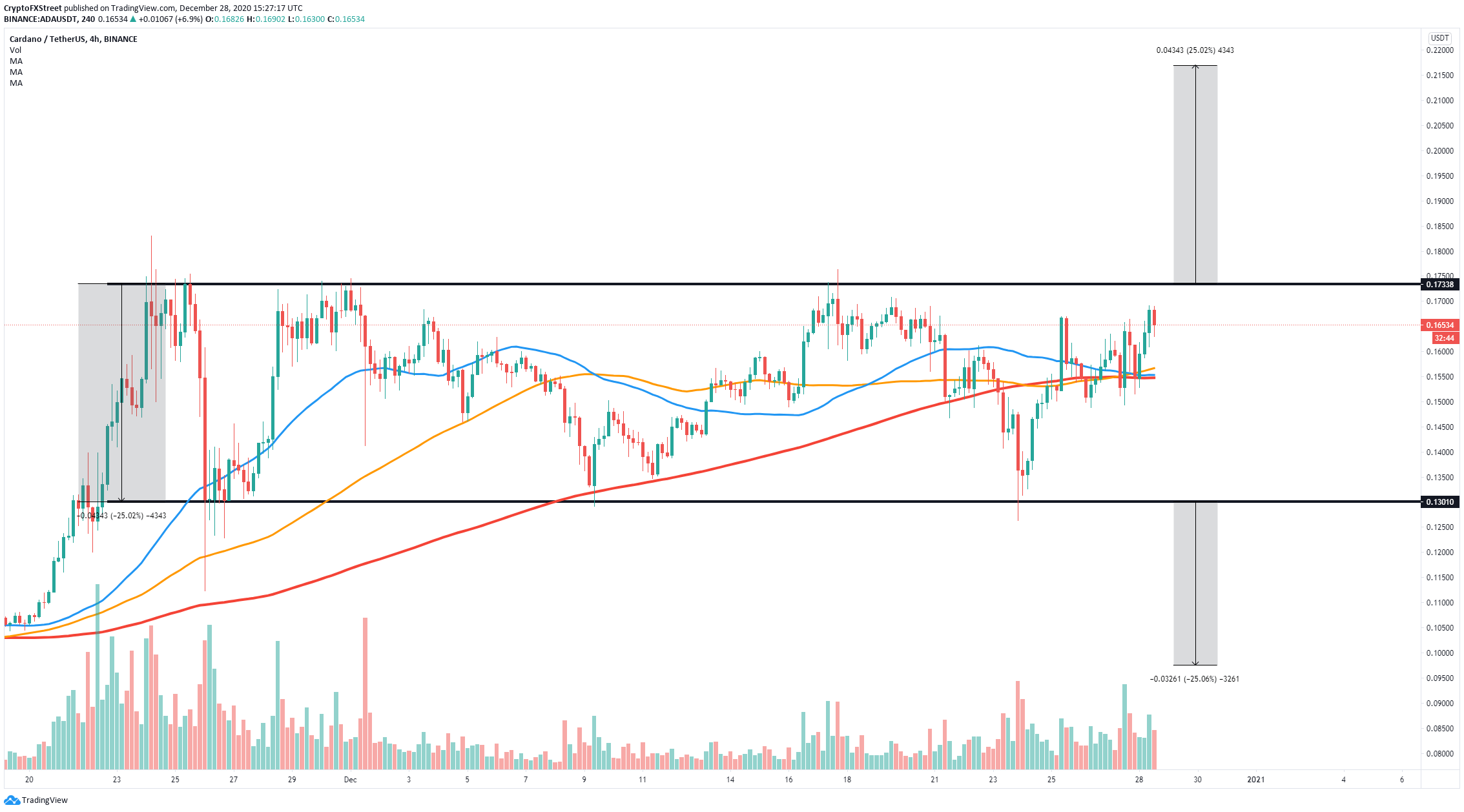 Polkadot targets $6 after Binance replaces ETH with DOT on homepage

The Chinese cryptocurrency and blockchain reporter Colin Wu noticed that Binance, one of the world's largest cryptocurrency exchanges, replaced ETH in three cryptocurrency pairs on Binance APP homepage with Polkadot (DOT). The change took place on December 28, when ETH settled above psychological $700 and tested a new 2020 high at $736.