Bitcoin is dumping toward 10K in large volume sell off!

All of a sudden amid no real fundamental news BTC/USD sold off USD 200 to drop below 10K.

1.27 million contracts where traded as the short trade gathered momentum. 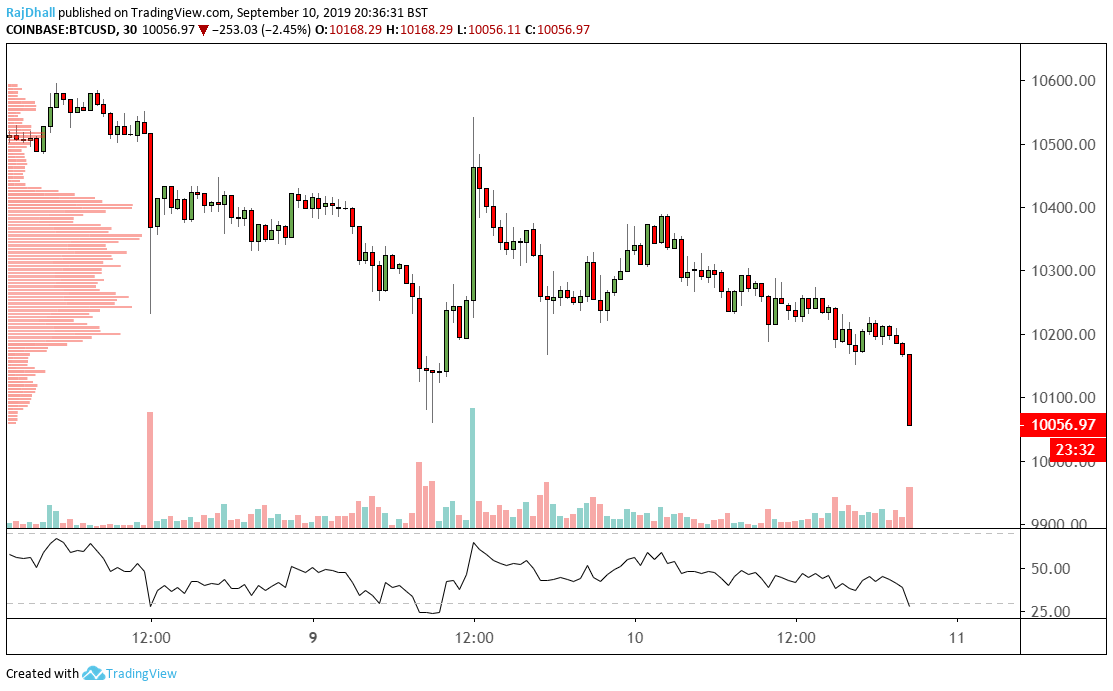 ETC/USD technical analysis: Price could be gearing up for a move higher

There has been some quick buying pressure moving through cryptos at the moment. BTC/LTC and most of the majors moved higher as some volume kicked in.

Having a look at ETC/USD on the 1-hour chart 6.50 seems to be a support level where bulls are keeping the price up.

We have had two tests recently and both times the upside was capped at 6.75 or thereabouts.

Right now the price is consolidating around 6.60 but if the bulls want to take control 6.75 must be taken out.

Beyond that, the next intraday resistance stands at 7.23, the previous wave high. 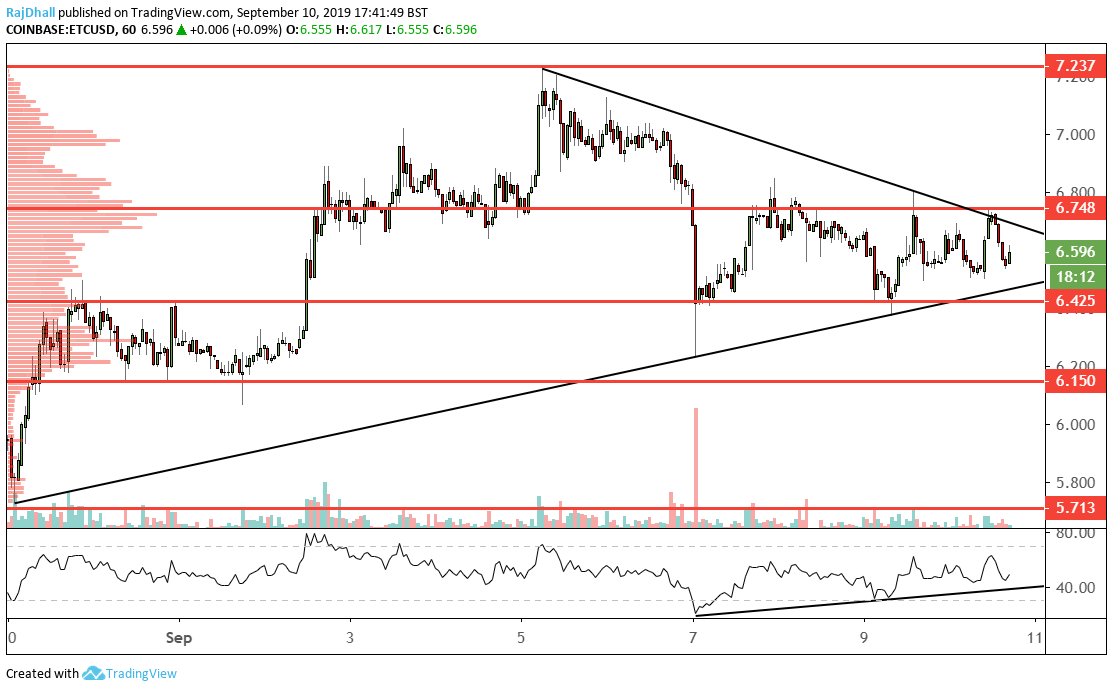 LTC/USD technical analysis: Price is halted by a resistance level but is still positive for the session

LTC/USD had a move higher but the progress was stopped by an intraday trendline.

Now it looks like the price is heading to support level near the 70 mark, with the next one at 70.53.

Interestingly the RSI is giving a slightly different signal. It looks like a failure swing or hidden divergence is setting up for a move higher.

This is when the price makes a higher low but the indicator breaks lower into an oversold position.

BTC/USD is at risk of an extended sell-off towards $8,000

Bitcoin (BTC) is under selling pressure on Thursday. The first digital coin has lost over 3.5% since the beginning of the day amid growing bearish sentiments and expanding volatility.

Ripple's XRP, now the third-largest digital asset with the current market value of $10.0 billion has lost 3% in recent 24 hours. The coin bottomed at $0.2280 during early Asian hours and recovered to $0.2300 by the time of writing.

The cryptocurrency market is back in the red, erasing the shallow gains posted on Wednesday. All the major digital assets are struggling with losses between 1% and 6%.

Bitcoin Cash miners told to donate 12.5% of their revenues to support the ecosystem

Bitcoin Cash, the fourth largest digital asset with the current market value of $6.1 billion has lost 2.5% in the recent 24 hours amid global correction on the cryptocurrency market.