Bitcoin Price Forecast: BTC bulls aim for $13,000 as soon as they break past this level

Fidelity simulated sample portfolios with 60% equities and 40% fixed income instruments. The allocations were diversified with Bitcoin at a rate of 1 to 3%. In each of the scenarios, the portfolio holding higher amounts of BTC performed much better. 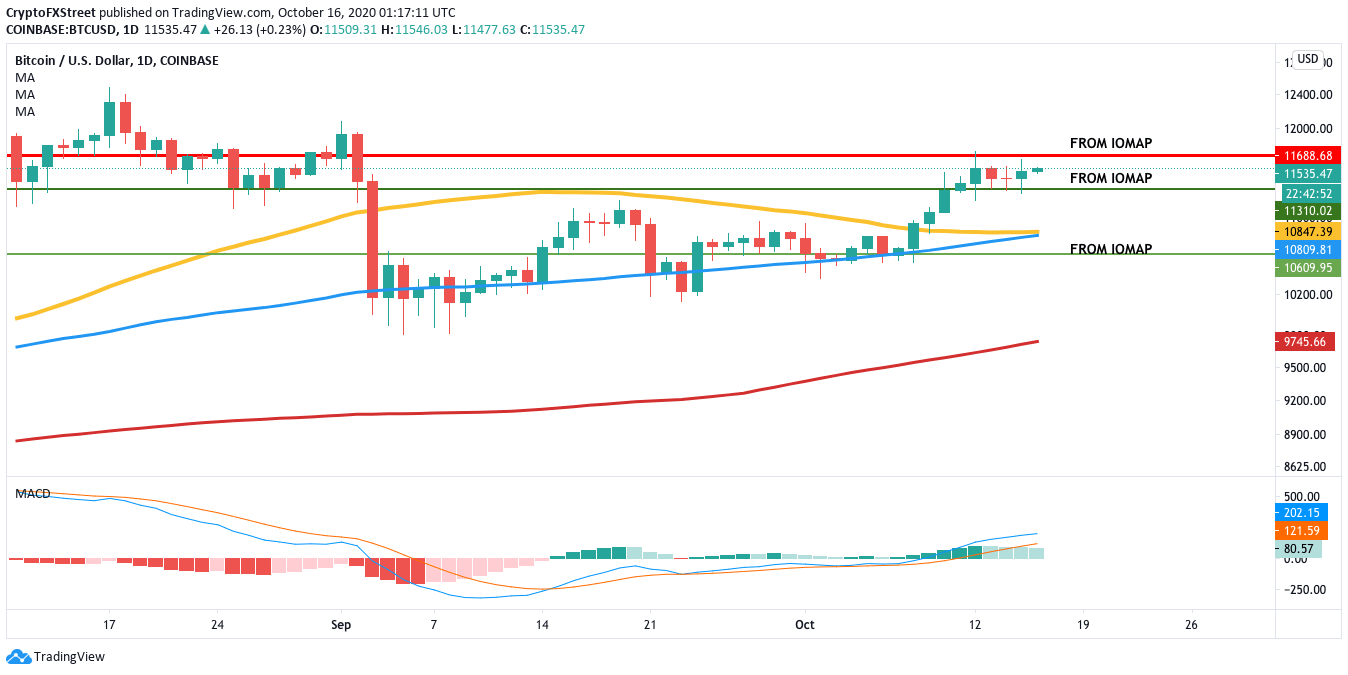 Bitcoin Cash consistent rally since the beginning of October appears to be reaching its limit. The digital asset continued with the mission of breaking barriers even when Bitcoin, Ethereum and other digital assets stalled. At the moment, bulls are fixated on overcoming the seller congestion at $280. However, a reversal is anticipated in the coming sessions based on various technical indicators.

This week, Grayscale Investment announced a record-breaking quarterly performance with inflows of over $1 billion. The company added that the year-to-date investment into various "products had surpassed $2.4 billion."

EOS has charted the death cross pattern in its daily chart. The Ethereum killer has faced repeated rejections at the 200-day SMA.

On October 4, EOS bounced up from the $2.48 support line and reached $2.70, where it faced rejection from the 200-day SMA and dipped slightly to $2.60. The 200-day SMA has crossed over the 50-day SMA to chart the death cross pattern, a heavily bearish sign. To add further credence to our bearish outlook, the MACD also shows decreasing bullish momentum.