Chiliz announced its decision to allocate 38 million CHZ to a public address to help compensate up to $10,000 per FTX user who lost funds. The project has decided to engage with the liquidator to facilitate this over the next few weeks.

Chiliz has unveiled a plan to rescue traders who lost CHZ in the FTX-Alameda collapse and the bankruptcy that followed. The project decided to allocate 38 million CHZ tokens to a public address and subsequently compensate up to $10,000 per user that owned the token on the platform.

SAFU: At @chiliz we decided to allocate 38M $CHZ to a public address (https://t.co/meidaHUPmS) to compensate up to $10,000 per @FTX_Official user that owned $CHZ on that platform last Friday. We will engage with the liquidator in order to facilitate this coverage over next weeks;

Chiliz will engage with the liquidator, facilitate the token distribution over the next few weeks, and help make CHZ users on FTX whole. At the time of the announcement, CHZ was changing hands at $0.20, and the total number of holders was 160,803.

The project, therefore, launched this initiative to protect CHZ holders and individuals affected by the crash. The industry only covers individuals and not institutions. The proposal is still subjected to complete legal review and approval from the liquidator to protect traders' interests.

Chiliz initiative is the second of its kind post the FTX collapse. Tron Labs successfully filed an agreement with FTX to support Tron ecosystem token holders and help them move TRX and related tokens off the exchange to other wallets.

The Chiliz announcement therefore assures CHZ holders that their losses to the tune of $10,000 worth of tokens per user would be compensated, making them whole after the bankruptcy and collapse of FTX exchange.

Analysts are bearish on Chiliz in the ongoing bear market. Azeez Mustapha, a crypto analyst argues that CHZUSD could drop to support at $0.15. 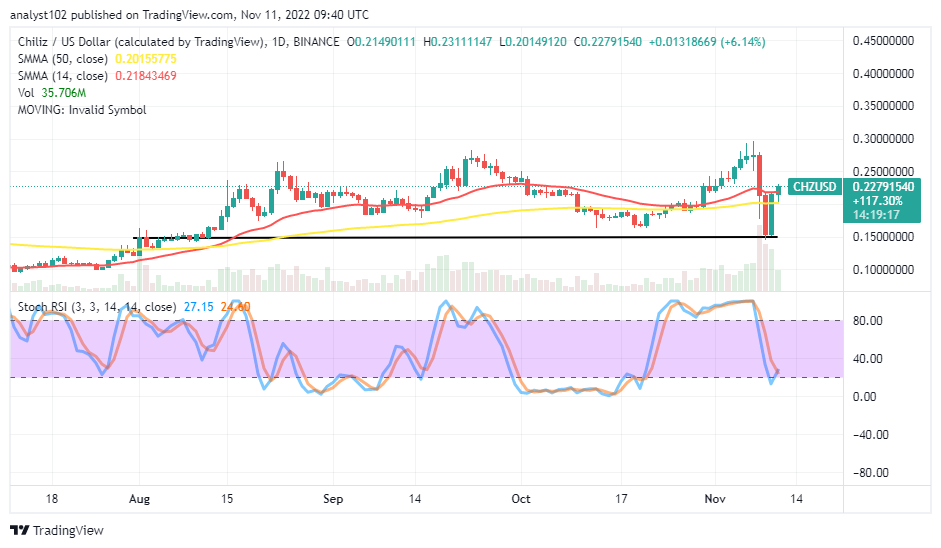 The token is currently changing hands at $0.19, and a pullback is likely before a rally in Chiliz.