Chainlink price created a range, extending from $5.26 to $9.32 as it crashed 43% between May 10 and May 12. This sudden collapse formed a double bottom at the range low, which triggered an 80% rally that pushed LINK to sweep the range high at $9.32.

However, this retest of the range high was the third one, giving rise to a triple tap setup. This technical formation forecasts a reversal to collect liquidity.

During the 80% upswing, LINK formed a smaller range, extending from $5.28 to $7.49, where it consolidated for quite a bit before breaking out. Therefore, the range high of this smaller range at $7.49 is the first area of interest.

A breakdown of this barrier will indicate that the worst is yet to come. In such a case, Chainlink price could make a run for the liquidity resting below the double bottom at $5.28. This move would indicate a 40% crash.

However, if Chainlink price manages to stabilize around $7.49, it would constitute a 15% retracement. 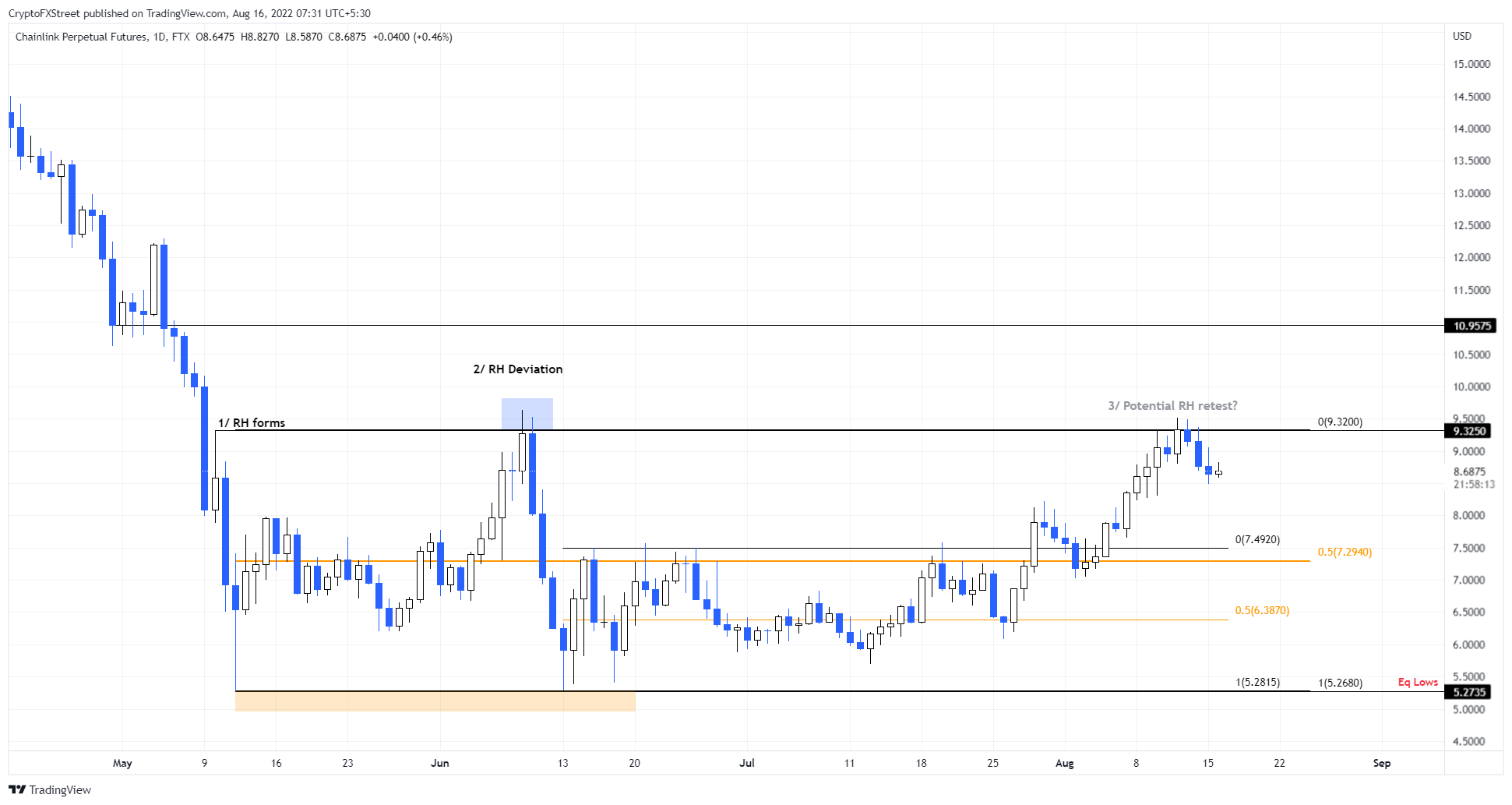 While things are looking bad for Chainlink price, a  flip of the $9.32 hurdle into a support floor will invalidate the bearish thesis for LINK. In such a case, Chainlink price could make a 17% run for the next resistance level at $10.95.