The ADA token broke out to a new all-time high Thursday, nearing $100 billion in market cap.

Cardano’s ADA token surged more than 7% Thursday to an all-time high over $3 as the project’s lead developer announced that smart-contracts functionality had been activated on a test network, bringing the blockchain a step closer to competition with Ethereum. 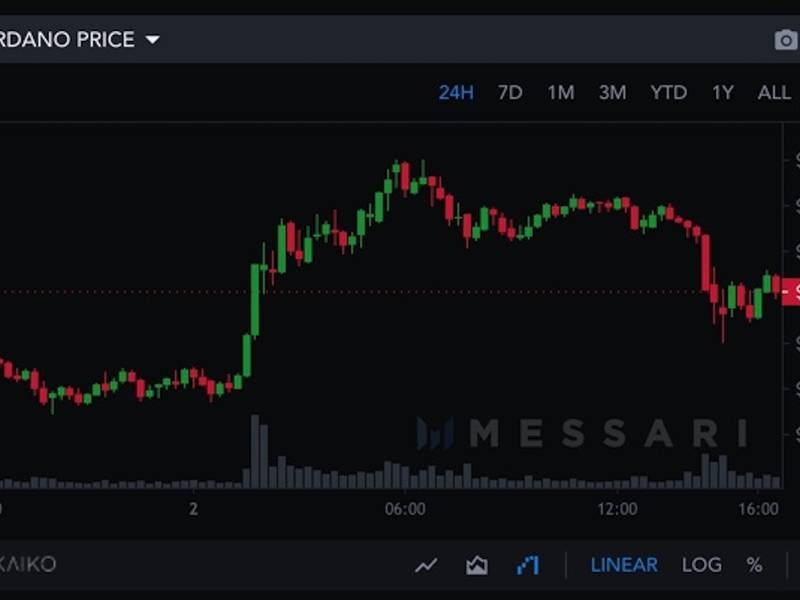 The latest rally came as lead developer IOHK, headed by Charles Hoskinson, tweeted that the Cardano test network had successfully deployed smart-contracts capability, and that the focus would now turn to the “Alonzo” upgrade of the main network, “still on track for deployment on Sept. 12.”

Cardano is considered one of the so-called “Ethereum-killers” – fast, programmable blockchains that might eventually unseat Ethereum as the leader in the decentralized finance (DeFi) space, as well as in other use cases like non-fungible tokens or NFTs. The group, which also includes Solana, Terra and Polkadot, saw triple-digit price gains last month as Ethereum looks to resolve critical issues such as congestion and high fees on its network.

According to an informational video from IOHK, the recent upgrade will aim to test for stability, security, and the foundational code to write smart contracts is working properly.

The Cardano network is in the third phase of its five-era roadmap. The current “Goguen” era aims to add smart contract functionality to Cardano, giving developers the ability to build decentralized applications on the blockchain.

In the Cardano ecosystem, Alonzo is one of the sub-phases of the Goguen era, which is further split into the the three Blue, White and Purple phases. Cardano’s smart-contract language is called Plutus.

Cardano is eyeing Sunday, Sept. 12, as the switch date to its mainnet, giving developers just under two weeks in the current test environment.

A spokesperson for Cardano did not immediately respond to a request for comment.

AVAX price is teetering below the upper trend line of a parallel channel, hinting at a breakout. A decisive close above $61.09 will confirm the start of an uptrend to $75.32. Avalanche Foundation is allocating $3 million as incentives across all Stake DAO Avalanche strategies.

The first Bitcoin ETF is ready for its debut on the NYSE on October 19, marking a significant milestone in the crypto industry. A Bloomberg analyst suggests that another Bitcoin ETF could begin trading later this week ...

Litecoin Price Prediction: LTC on the cusp of 26% breakout

Litecoin price is on the penultimate leg of a technical formation that will catalyze a quick bull rally. LTC needs to clear one critical hurdle to kick-start a run-up to levels last seen more than a month ago. A breakdown of $165.28 will create a lower low, invalidating the bullish thesis.

The US Treasury Department has issued a review of sanctions for 2021, expressing some concerns that could undermine its strength and trust. ryptocurrencies were viewed as a threat as its adoption continually increases. The department stressed the need for better communication and ...