Smart contracts are set to go live on the Cardano mainnet within the next few hours. Analysts have a bullish outlook on the altcoin, predict a rally to a new all-time high.

Cardano has claimed its spot as the third-largest cryptocurrency by market capitalization, second to Ethereum. ADA market cap is less than three times away from ETH, and trader sentiment is getting increasingly bullish as smart contracts go live on Cardano mainnet.

Based on data from Santiment, a crypto intelligence platform, Cardano recovered 12.5% since the flash crash of September 7. Cardano traders are likely to get over-hyped closer to launch and crowd euphoria is considered bullish for the altcoin's price in the short-term. 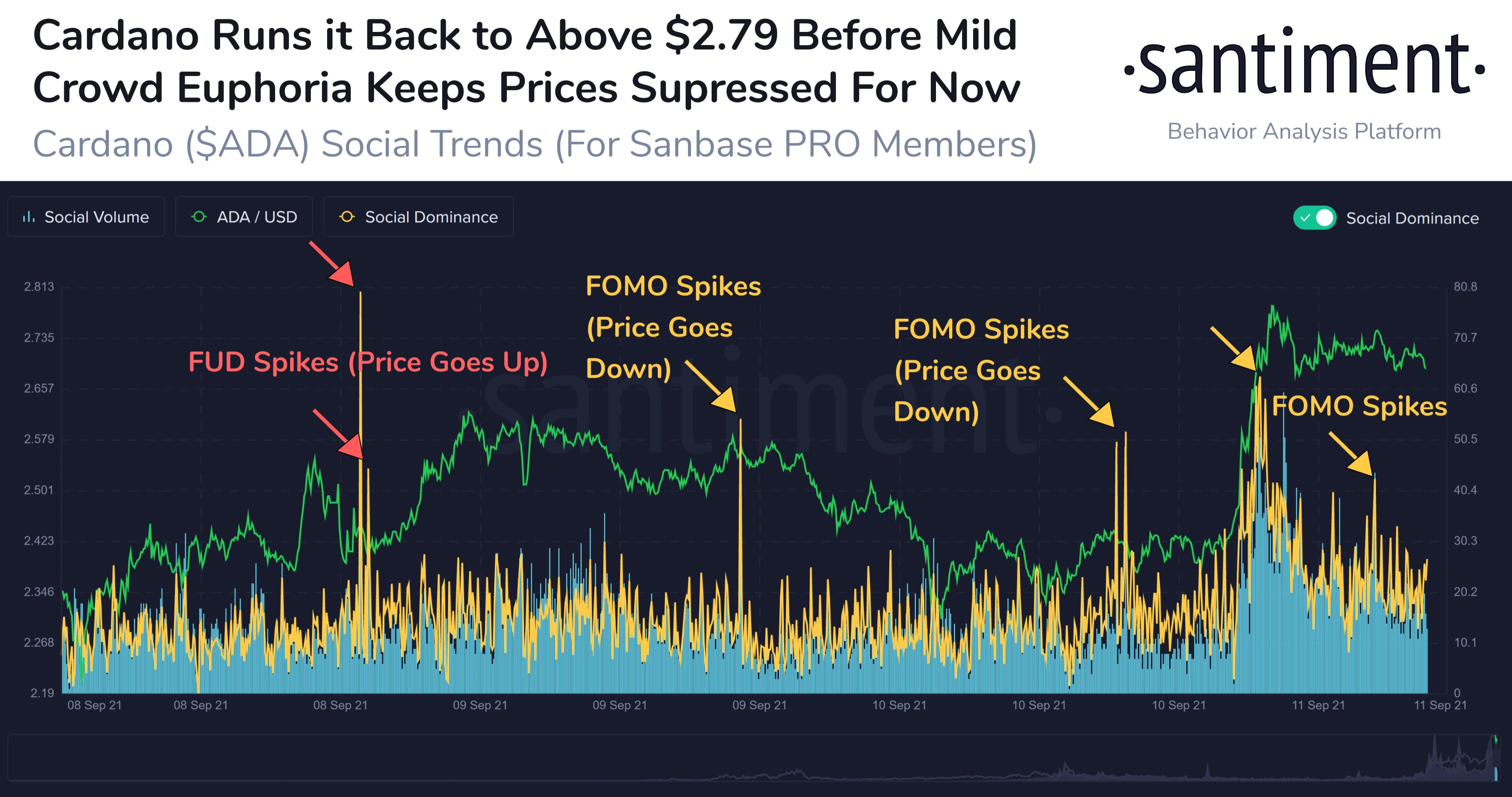 The Cardano development team expects dozens of projects that deployed smart contracts on the testnet to ramp up activity on the mainnet in the following months.

Michaël van de Poppe, cryptocurrency analyst and founder of Eight Global, has predicted that the altcoin will likely hit $5. He expects a massive bounce in the altcoin’s price.

FXStreet analysts have observed a bullish fractal that could trigger a 16% upswing in ADA price.