Cardano has been trading in a downtrend for several days on the 4-hour chart, and the price is currently located at a key support level for the bulls. Despite the weak price action, Cardano has seen a massive spike in the number of new addresses joining the network.

On the 4-hour chart, Cardano price has formed a descending triangle pattern with a critical support level at $1.16. The digital asset must defend this point at all costs, and it seems that odds favor the bulls according to various indicators.

The number of new addresses joining the Cardano network in the past week has increased by 43% despite the significant price decline the digital asset has experienced. Similarly, the amount of active addresses also increased by 30% in the same time period giving ADA buyers the upper hand.

The In/Out of the Money Around Price (IOMAP) chart shows one crucial resistance area between $1.17 and $1.20 with a volume of 4.6 billion ADA. This coincides with the upper resistance trendline of the descending triangle pattern. 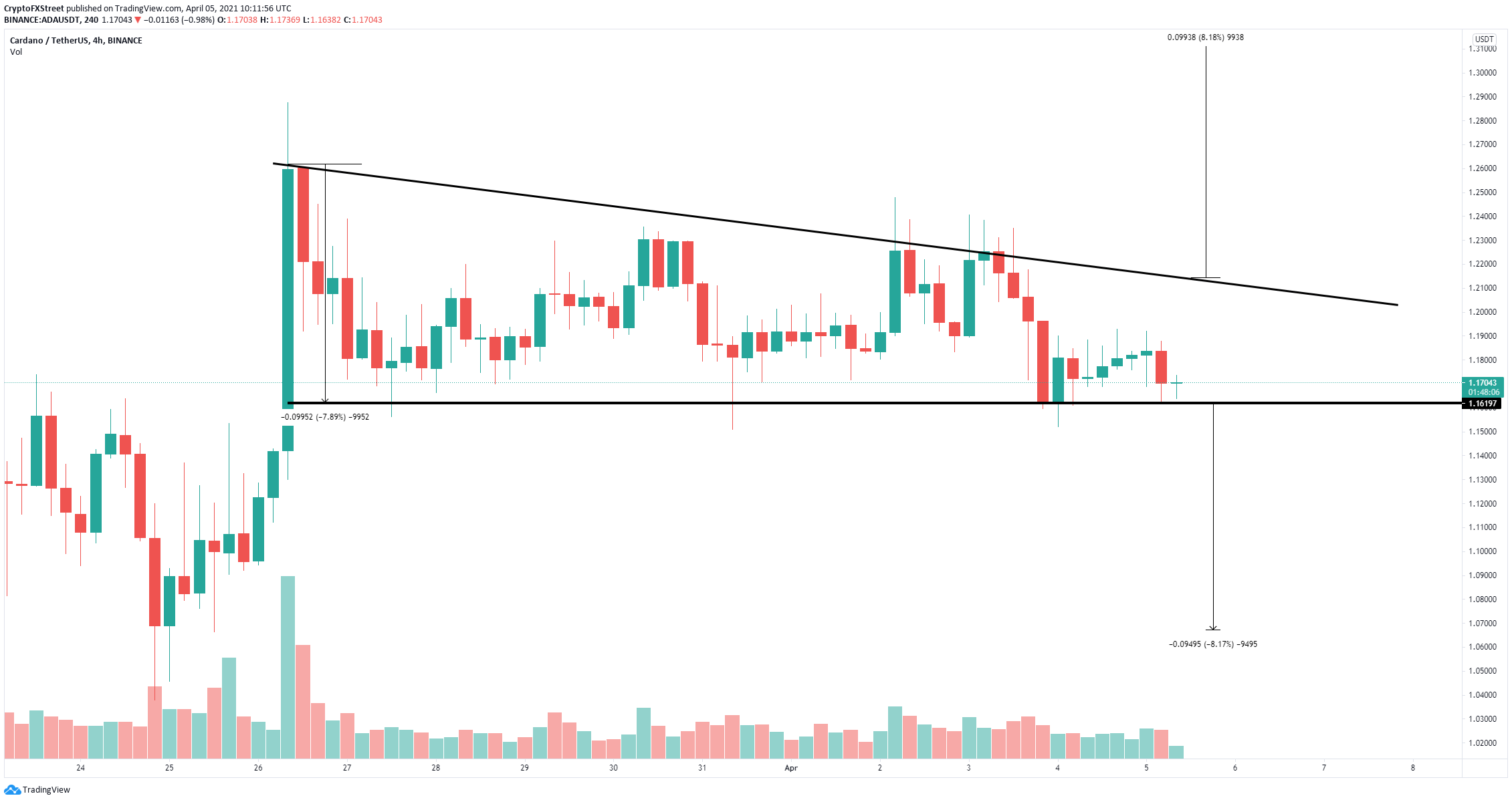 On the other hand, failure to hold the key support level at $1.163 would quickly drive Cardano price towards $1.06.